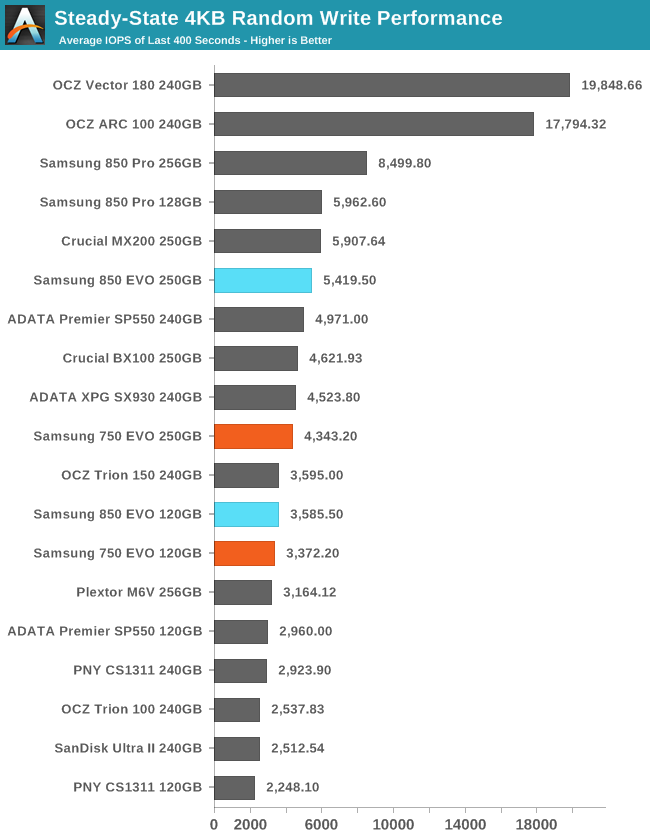 Starting with a look at steady-state performance, the 750 EVO is clearly inferior to the 850 EVO, particularly at 250GB. But it outperforms most of the planar TLC competition and the occasional low-end MLC drive. 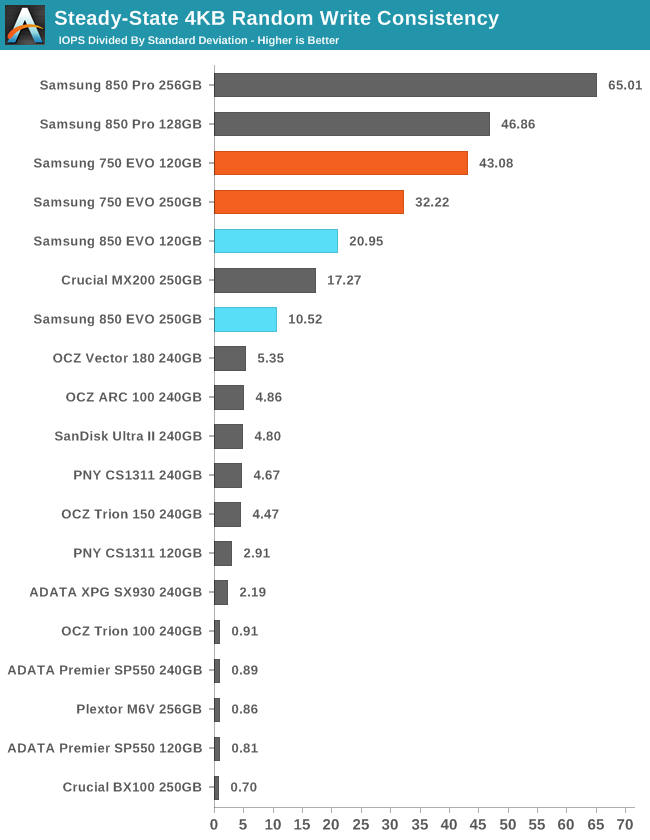 The high consistency score is a hallmark of Samsung's top-notch controller architecture. The 750 EVO is in an entirely different league from the planar TLC drives.

The 750 EVO's initial burst of high performance is relatively short-lived, but it transitions into a very well-regulated steady state. The gradual performance recovery before a second smaller drop in performance is less pronounced than on the other Samsung drives, but is still present.

With extra overprovisioning, the 750 EVO's steady state shows much looser performance regulation but is still delivering a better worst-case than its competition's best-case.

A closer look at the 750 EVO's steady state is pretty boring, with no clear patterns of periodic background maintenance or sporadic outliers.