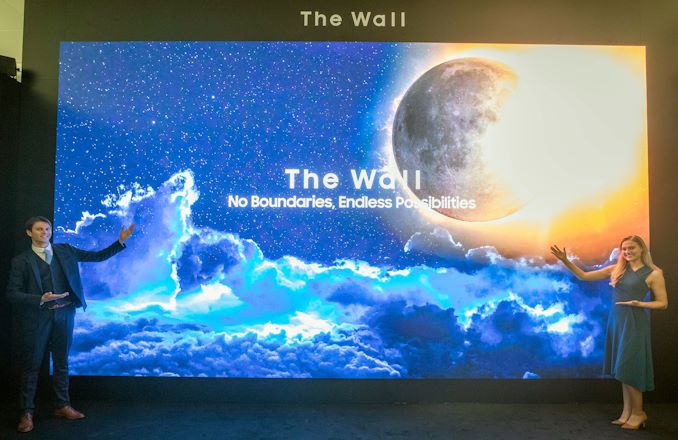 Samsung has expanded its The Wall lineup of Micro LED-based displays with two models featuring 437 and 583-inch diagonals. The monitors are intended for commercial use, though nothing can stop someone with deep pockets from buying such a 'television' for home use.

The new 437 and 583-inch Wall displays from Samsung feature an 8K resolution and are based on new Micro LED modules. Previously, Samsung’s The Wall lineup included 75-inch, 146-inch, 219-inch, and 292-inch models. 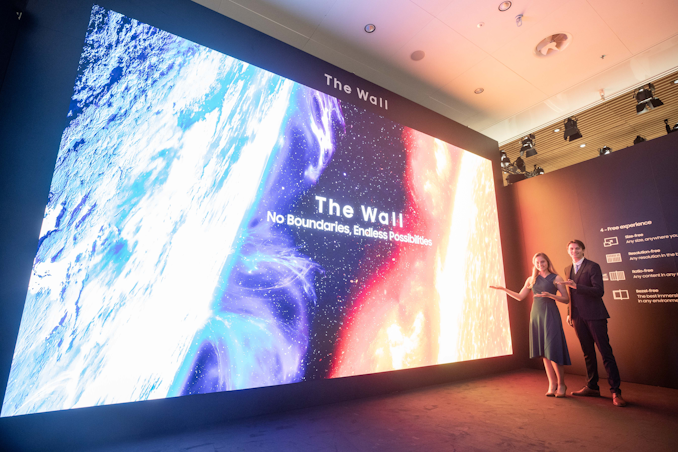 Samsung does not disclose exact specifications of its new Wall displays as well as Micro LED-based modules (called cabinets) uses to build them. Previously, Samsung’s Micro LED cabinets featured 250 - 2000 nits brightness (regular/peak), around 10,000:1 contrast ratio, a 16-bit color depth, up to a 100/120 Hz refresh rate, as well as 155°/135° horizontal/vertical viewing angles. Given the overall size of the latest displays, the newest modules probably have a lower pixel density, but for commercial applications like digital signage this may not matter a lot.

The largest versions of Samsung’s Wall displays will be available for pre-order starting this week. Prices are not disclosed, but if you have to ask, you probably can't afford it.