In September 2020, AMD released its Ryzen 3000 C-series for Chromebooks, a line up of budget-priced chips based on the 12nm Picasso (Ryzen+) architecture that featured up to 4 cores and 8 threads and up to 11 Radeon Vega compute units. Nearly two years on and AMD has just announced four new Ryzen 5000 C-series SKUs designed to bring the performance benefits of its Cezanne (Zen 3) architecture to the Chromebook space.

Aimed at the premium area of the Chromebook market, the new AMD Ryzen 5000 C-series looks to offer OEMs and users premium options for the latest generation of Chromebooks with some higher-end features such as fast charging and Wi-Fi 6E networking capability.

Looking at the specifications of the Ryzen 5000 C-series line-up, the top model is the Ryzen 7 5825C with an impressive 8 cores and 16 threads which is double that of the previous top-tier Chromebook Ryzen processor, the AMD Ryzen 7 3700C. It has a base core frequency of 2 GHz, with a boost core clock of up to 4.5 GHz on a single core, which is bolstered by its Radeon Vega 8 integrated graphics with a maximum boost frequency of up to 1.8 GHz.

The second model in the new line-up is the Ryzen 5 5625C, which has 6 cores, 12 threads, and integrated Radeon Vega 7 graphics with a maximum boost frequency of up to 1.6 GHz. The 6 cores feature a base frequency of 2.3 GHz, while one of these cores can boost up to 4.3 GHz for applications that demand additional performance.

Focusing on the two entry-level models in the line-up, the Ryzen 3 5425C benefits from 4 cores and 8 threads with a base frequency of 2.7 GHz, with a boost frequency on one core of up to 4.1 GHz, as well as AMD's Radeon Vega 6 graphics that can boost up to 1.5 GHz. The Ryzen 3 5125C is the lowest in the new C-series stack with just 2 cores and 4 threads, has a consistent core clock speed of 3 GHz, and has 3 Vega graphics compute cores with a maximum boost frequency of up to 1.2 GHz.

As we go from top to bottom, each model in the line-up increases in base core frequency, while the boost clocks bar the Ryzen 3 5125C, which has a set core clock speed of 3 GHz, experience a drop in frequency. All the Ryzen 5000 C-series models feature a 15 W TDP envelope, so core frequency on both the Zen 3 cores and the Radeon Vega cores will depend on the application, task, or game being used to optimize the relative power envelope to fit within the 15 W TDP threshold.

While we don't typically concern ourselves with vendor-given performance data, perhaps the most impressive of AMD's claims is battery life. AMD is claiming that the Ryzen 5 5625C has up to improve battery life by 94% when directly compared to Intel's Core i5-1135G7 processor, which, if true, is very impressive. One of the main benefits of the Chromebook series is usability, and having an improved battery life can increase overall productivity and lifespan when using it while traveling between charges.

So far, AMD has announced two of its partners already on board with its Ryzen 5000 C-series for Chromebooks, including HP and Acer. Both are launching new models due later on in the year, but AMD highlighted two new models: 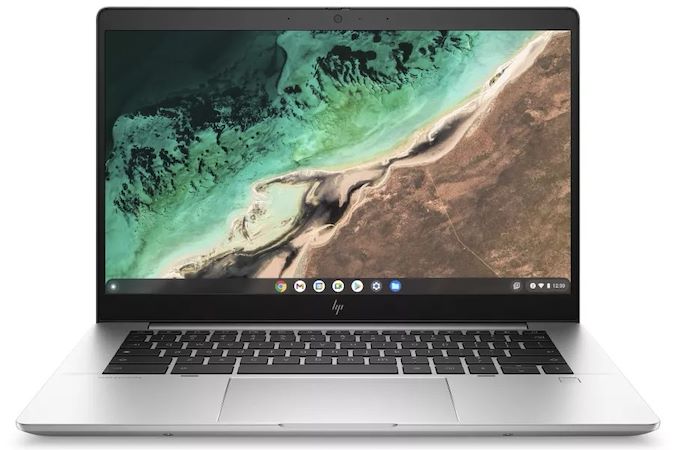 The first of the new Chromebooks to feature AMD's Ryzen 7 5825C processor is the HP Elite C645 G2. HP is expected to offer multiple display options, including various configurations of its 14" 1080p touchscreen panel and plenty of impressive features. These include support for up to 16 GB of LPDDR4X memory with up to 512 GB of PCIe storage. Other features include the latest Wi-Fi 6E wireless and BT 5.2 connectivity and an optional 4G LTE version. The HP Elite C645 will also have a 5 MP integrated webcam, a SmartCard terminal for a CAD-capable keyboard, and an SEC fingerprint sensor for added security. 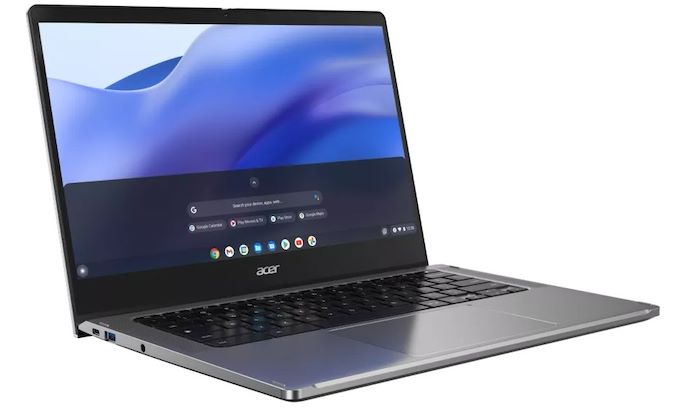 The second of the new Ryzen 5000 C-series Chromebooks is the Acer Chromebook Spin 514, which is a 2-in-1 convertible with a 14" touchscreen. Acer is using the AMD Ryzen 7 5825C processor in this model, and it can support up to 256 GB of PCIe Gen 3 storage and support the latest Wi-FI 6E routers with BT 5.2 connectivity. Acer has specified that the Chromebook Spin 514 includes military-grade MIL-STD 810 durability with a Corning gorilla glass touchscreen panel that supports sRGB 100% color.

At the time of writing, Acer says the Chromebook Spin 514 will be available in Q3 2022, with expected pricing not disclosed.

It is expected that more vendors will adopt AMD's Ryzen 5000 C-series processors for Chromebooks in the coming months, although these are OEM only, and pricing is currently unknown on each of the models.