The deadline for sweepstakes entries has now passed, we are no longer accepting new entries. We'll be announcing the lucky winner soon!

Later this month we will have our delayed, but worth-the-wait site relaunch. To celebrate, we're going to be giving away some hardware and what better way to start than with a prize from the first CPU company I ever worked with? That's right, AMD is chipping in (get it?) for today's giveaway.

While AMD provides the CPU, graphics and chipset for today's prize it's Lenovo that is responsible for the rest. We're giving away a 3.3 lbs 11.6" Lenovo ThinkPad X100e based on AMD's Athlon Neo MV-40. 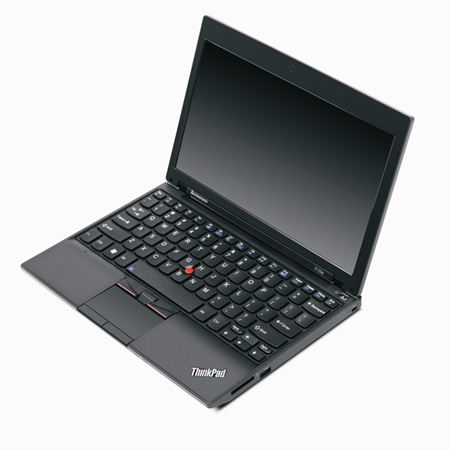 The full system specs are listed below:

The sweepstakes entry period is now over.  Thanks to everyone who entered!

Upon entering any contest, sweepstakes, or promotion (a “Promotion”) offered by anandtech.com (the “Site”), a website owned and operated by AnandTech, Inc. (“AnandTech”), you must agree to the following Official Rules and Regulations (the “Rules”) as well as any additional rules governing a specific Promotion that AnandTech publishes on the Site.

NO PURCHASE NECESSARY TO ENTER OR WIN.  PURCHASE DOES NOT INCREASE CHANCES OF WINNING.