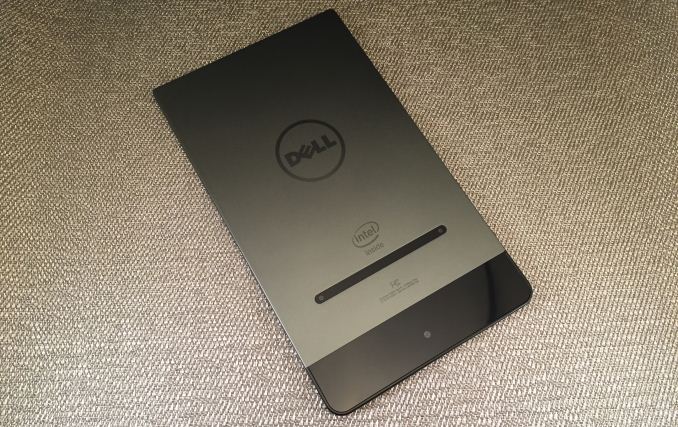 Five years ago, the first of what we would call modern tablet computers were released to the world. What is now an entire product category was originally seen with massive skepticism by many consumers, analysts, and journalists. Even those who had high hopes for the future of tablets could not have predicted their meteoric rise in popularity and ubiquity.

Although tablets are still derided by many as being useless for productivity work, there are many cases where a consumer has been able to not just supplement, but replace their traditional computer with a tablet. Of course, as tablets made by companies in the mobile space replace traditional computers, the producers of those computers are faced with a problem of maintaining profit and relevance. The inevitable move was for PC companies to produce their own tablets to compete with their new competition.

Some people may remember the Dell Streak 5, which was a 5" phone that could be called one of the first phablets on the market. However, Dell is still not a well known player in the mobile space despite their previous attempts to break into it. On paper, the Venue 8 has all the attributes required of a flagship tablet, but whether or not it's enough to make Dell a serious contender remains to be seen. Before discussing the design of the Venue 8, I've laid out its specifications below to give an overview of how the Venue 8 stacks up to the competition.

As you can see, the Venue 8 is a high end device in most areas, at least when evaluated on paper. The limited storage configuration of 16GB is one of the few question marks, though the microSD slot helps; the GPU is also going to be potentially limiting. Note that Dell also offers an optional wireless keyboard/case as an accessory. The rest of the review will determine how well these specifications translate into a good real world experience, but before jumping into the technical details it's important to discuss the design and ergonomics of the Venue 8. 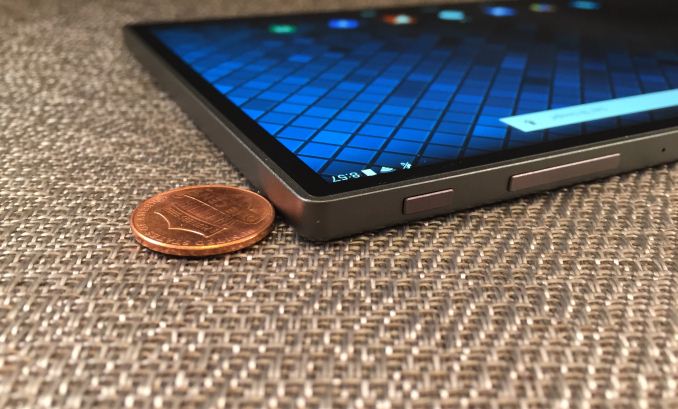 One big selling point for the Venue 8 is that it's currently the thinnest tablet in the world according to Dell. Both Apple and Sony have tablet offerings that are 6.1mm thick, but Dell has shaved off that decimal point and made a tablet that is exactly 6mm thick across the entire chassis. I can't really tell the difference between the thickness of the Venue 8 and the iPad Air 2, but both devices are remarkably thin. The Venue 8 feels even more impressive than the iPad at times because it's smaller and significantly lighter in addition to being thinner. The bulk of the chassis is made of aluminum, with a small plastic region at the bottom to house the speakers and camera. The whole device feels great in the hand, and the aluminum feels solid and sturdy. 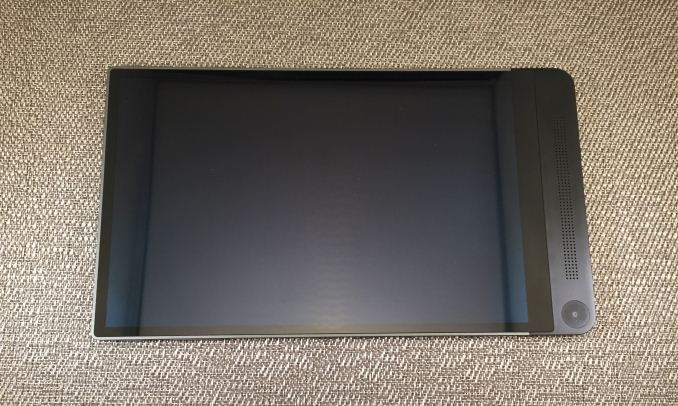 However, there is a unique aspect of the Venue 8's design that needs to be addressed, which are the unconventional bezel proportions and speaker positioning. On most tablets, you'll see a bezel of equal width on every side, or a a pair of equal bezels on the top of bottom, and a pair of equal thinner bezels on the left and right sides that are thinner than those on the top and bottom. The Venue 8 with its Infinity Display instead opts to use very thin bezels of equal width on the top, left, and right, and a thicker bezel on the bottom. This is necessary to provide space for the various circuitry and display drivers that are required. In addition, Dell has placed the front-facing camera and a pair of stereo speakers in a section beneath bottom bezel.

This leads to an unconventional and unfortunately unbalanced bezel design, and it can cause some issues when holding the tablet. In portrait mode the fact that there's a larger bezel and a speaker at the bottom of the tablet doesn't pose much of an issue, but in landscape mode it makes it uncomfortable to hold. It's hard to hold the Venue 8 in landscape without it feeling uneven. This is exacerbated by the fact that the bezel on top of the tablet is extremely thin.

The thinness of the other bezels can also pose their own issues with having fingers rest on the display. When Apple first used asymmetric bezels on an iPad with the iPad Mini, they tweaked the touch rejection in iOS to account for the fact that fingers were more likely to be resting on the display. Android has no such accommodation, and there have been instances where I find myself unable to scroll or accidentally zooming because one of my other fingers is resting on the display and being detected as touch input. 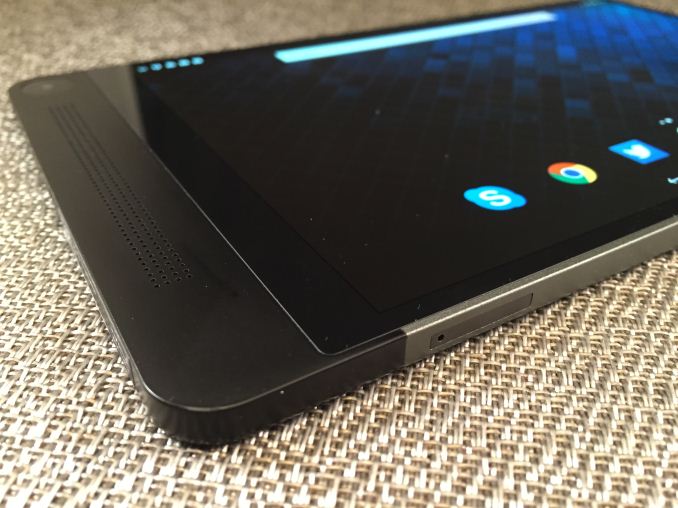 Overall, I think the Venue 8 is a well designed device with exceptional build quality. It feels remarkably thin and light in the hand, and its flat edges are visually striking while still remaining ergonomic due to the tablet's thinness. The aluminum construction also ensures that there's not even the slightest bit of flex to the chassis. Like every device, it's imperfect. The bezel design is visually impressive, but hampered by technological limitations and some software issues. I also have mixed feelings about the camera placements. Despite its issues, the Venue 8 still remains a tablet that both looks and feels like a premium device.