An experienced eye will instantly identify that the SFX-L Power 500W is significantly longer than a standard SFX PSU. The chassis is measuring 125 × 63.5 × 130 mm / 4.92 × 2.5 × 5.12 in (W×L×D), which is 30 mm deeper than a standard SFX-compliant unit. Be Quiet! forgoes the SFX specification limits for their 500W and 600W SFX units to fit 120 mm fans, as acoustics performance is of utmost importance to the company. We have seen what high-output SFX units can do with 80 mm fans, so we are hoping to see the SFX-L Power 500W doing better. 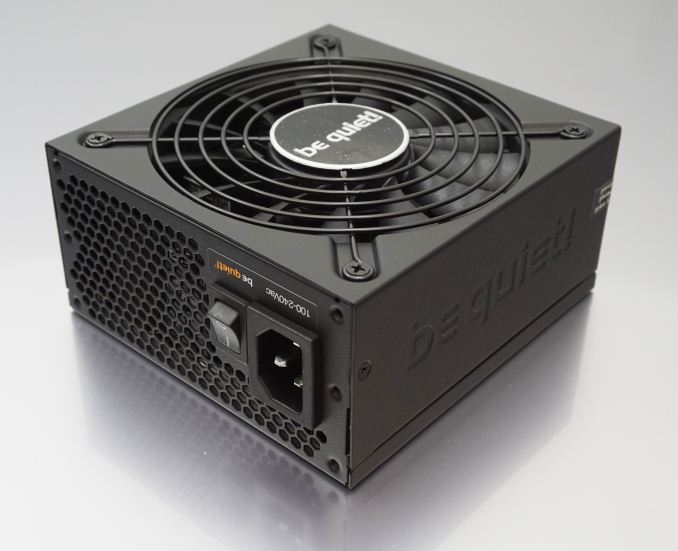 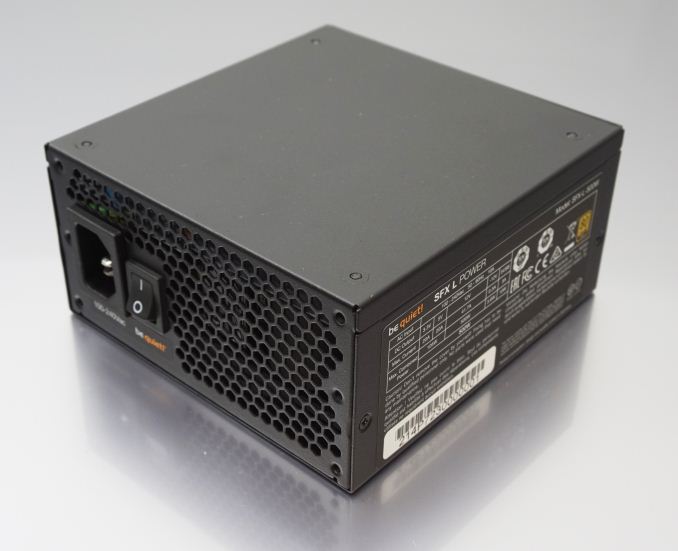 The Be Quiet! SFX-L Power 500W PSU is a very subtle, all-black design. The chassis is sprayed with a matte black paint, the connectors/plastics are all black, and even the fan’s finger guard is satin black. Only the chrome letters and surround of the round company badge at the center of the guard breaks the monotony. The company name is embossed on the right side of the unit and a sticker with its electrical specifications and certifications can be found on the left. 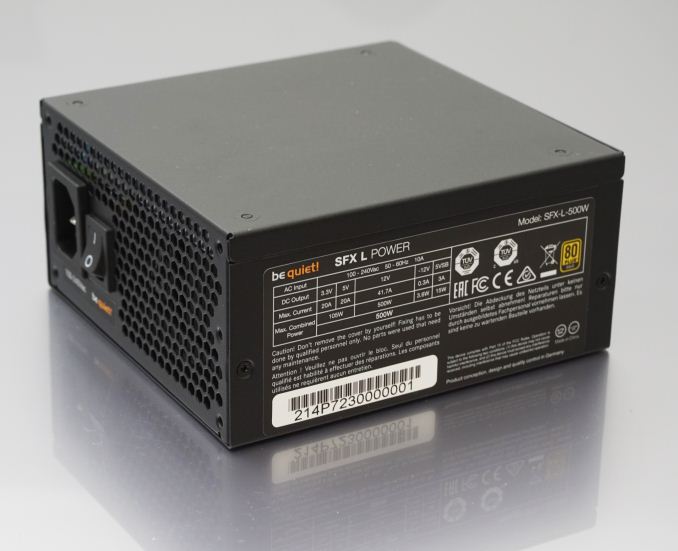 On the rear side of the Be Quiet! SFX-L Power we can see an AC cable receptacle and a small switch. The switch is actually a surprise, as many manufacturers omit them on their SFX units due to space limitations. The front side is filled with the connectors for the modular cables, plus a peculiarly simplistic sticker that serves as a very basic legend. All of the cables, including the PCIe and the CPU 12V cables, have different connectors and cannot be mismatched. 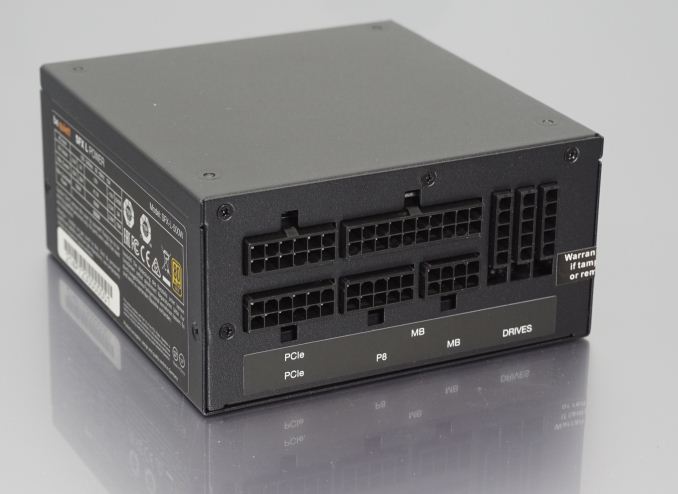 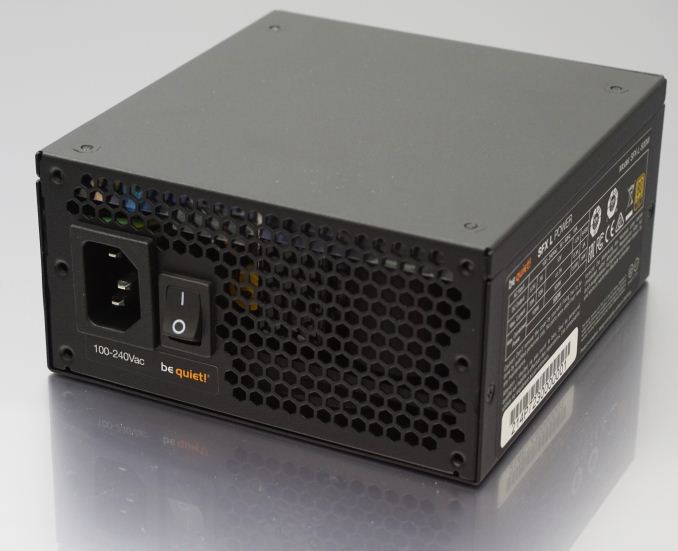 The highlight of this PSU, the 120 mm fan, is made by Globe. It is a low-profile model with a high quality fluid dynamic bearing (FDB) engine. FDB fans are frequently used for applications where longevity needs to be combined with low noise operation. It has a maximum speed of about 1850 RPM at 12 Volts. Keep in mind that there is no correlation between the performance of low-profile fans and normal 25 mm wide fans, as their aerodynamic characteristics differ greatly. You should not compare the airflow or acoustics of this fan to any 25 mm wide fan simply because they share a similar rotational speed. The narrow, multi-bladed model that Be Quiet! is using will have relatively good airflow but very poor static pressure characteristics. 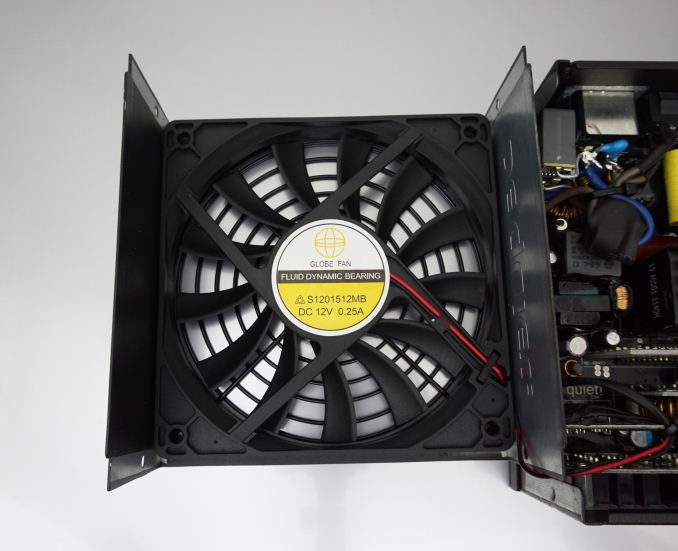 Be Quiet! entrusted their SFX units to High Power, a known OEM who often is behind the German company’s PSUs. High Power is also often referred to as “SIRFA”, which is their parent company. We frequently find their platforms in middle and high output designs. 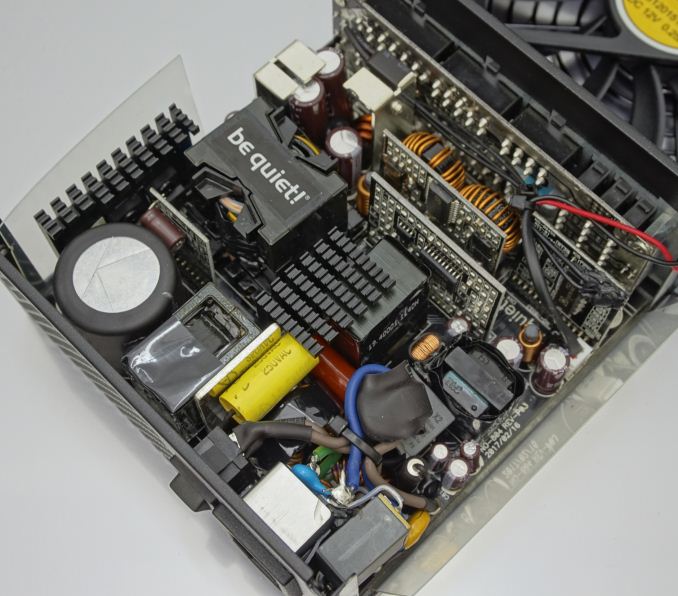 The filtering stage begins at the back of the AC receptacle and continues onto the main PCB, with a total of four Y capacitors, two X capacitors, and two filtering inductors packed closely together. A single rectification bridge can be found on the very basic, unpainted heatsink. A bulky 420V/390μF capacitor from Rubicon wrapped in heatshrink and a shielded inductor are the passive components of the APFC stage. 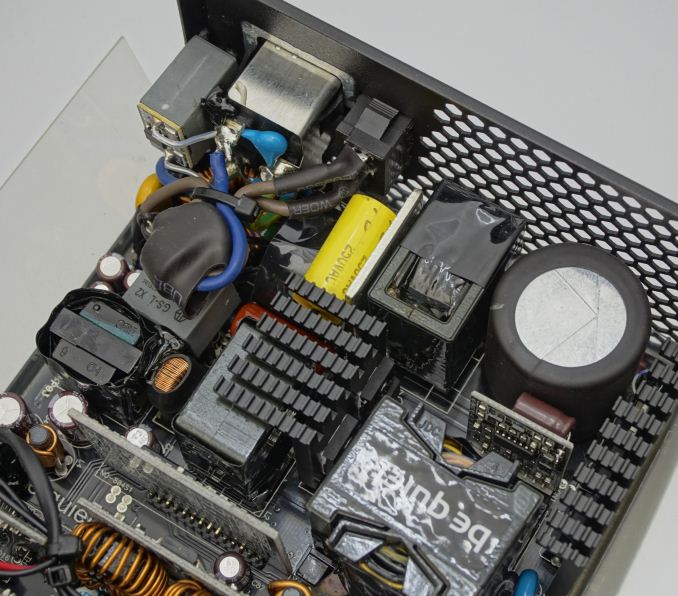 Two MOSFETs are the active components of the LLC resonant half-bridge primary inversion stage. The secondary side MOSFETs that generate the single 12V line are placed on the underside of the PCB, with thermal pads assisting their cooling by transferring a portion of their thermal losses to the chassis. The two silver heatsinks that can be seen near the connectors PCB cover most of the cooling needs of the secondary side MOSFETs. The 3.3V and 5V lines are being generated “on-demand” via DC-to-DC conversion circuits. 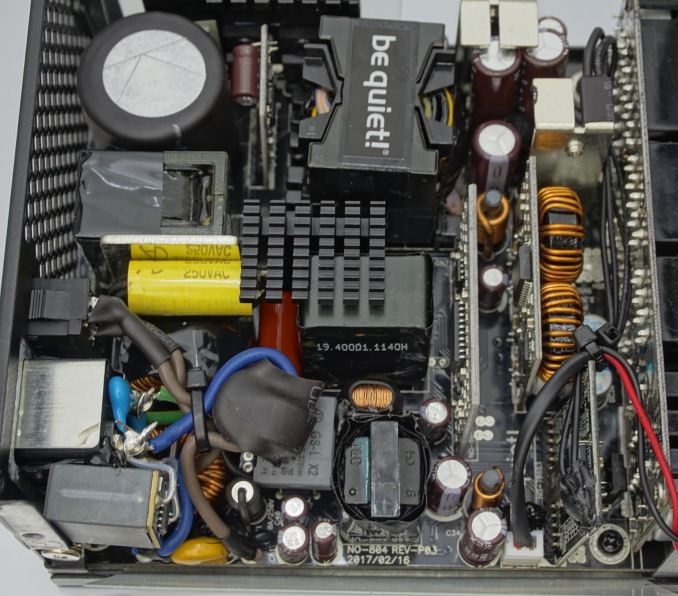 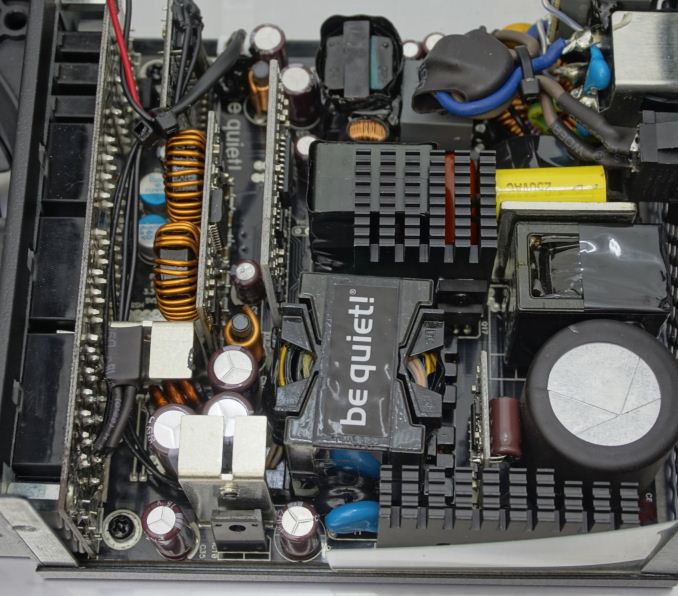 The heatsinks inside the Be Quiet! SFX-L Power 500W unit are relatively small, even for an SFX PSU, but they should provide more than enough heat dissipation surface for the cooling needs of the unit. Most of the capacitors on the main PCB are electrolytics, with just a few polymer capacitors behind the minor voltage line filtering inductors. Several more polymer capacitors can be found onto the connectors PCB, filtering the outputs of the unit. All of these capacitors are supplied by Nippon Chemi-Con, one of the most reputable Japanese manufacturers. 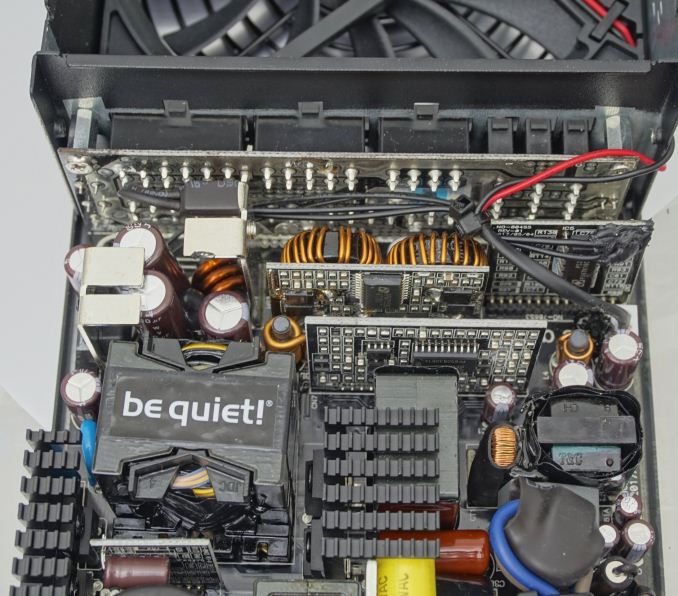