ASRock has gone with a fairly basic but enthusiast-oriented BIOS that features a black and red theme. The ASRock BIOS implementation is, as an enthusiast, one of the more intuitive BIOSs on the B350 chipset I have encountered thus far. The different panels themselves are grey with white writing across the entirety of the BIOS, giving it a subtle, yet rather gaming style theme. You know, because 'gaming' is defined as red and black.

Upon first look at the main entry screen, as there is no EZ mode, a list of vital information can be found including RAM statistics from each DIMM (no timings however), as well as the processor type and BIOS firmware version currently installed. As mentioned, this board can support up to 64GB of memory. 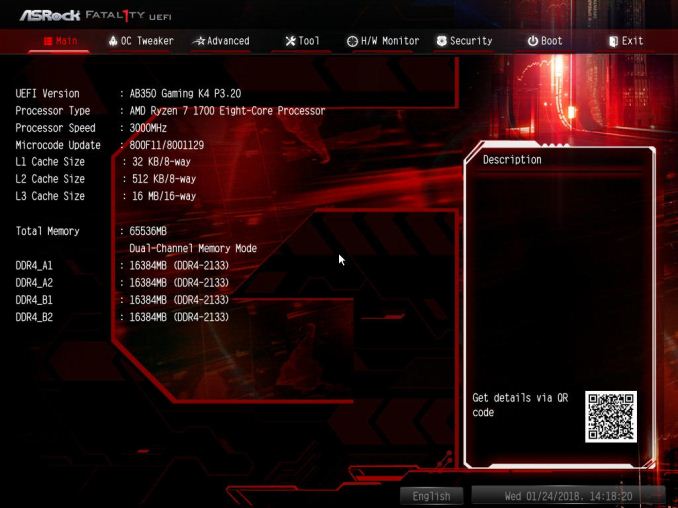 As it currently stands, no B350 chipset board on the market has an external clock generator meaning the base clock cannot be altered. It’s not exactly a surprise, but what did actually slightly shock me was the sheer number of options for overclocking. It goes to show that B350 isn’t all too dissimilar in regards to performance over X370 and aside from the cost cutting to make the platform cheaper, ASRock has made no shortcuts in regards to the BIOS. Memory modules with XMP profiles do feature support, but as the specifications of the Gaming K4 state, a maximum memory speed of DDR4-3200 is potentially going to be the limit depending on the strength of your CPUs memory controller. 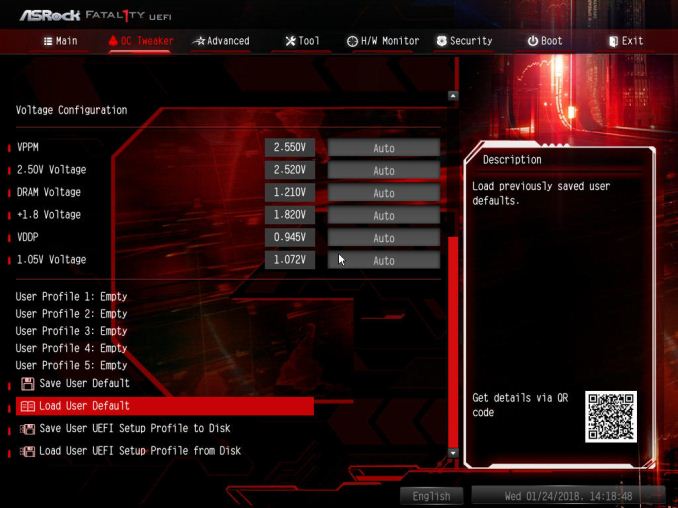 One relatively handy thing the ASRock has going for them in their BIOS comes in the storage section. The specifications do openly state that the second M.2 slot shares bandwidth with SATA slot three, but it’s even clearer when looking in the BIOS that both are in fact linked, and will only detect one or the other, so bear that in mind. 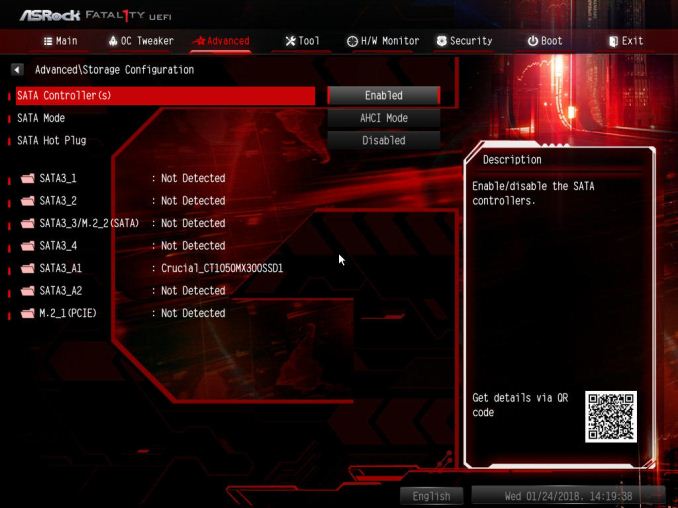 If a user doesn't want to make use of the LED control options via software, they can do this directing in the BIOS, although unless they know the desired 0-255 number required for red, green, and blue, it can be a little bit more difficult. The LEDs underneath the PCH heatsink do only glow red, but depending on the users taste, a separate RGB header is present meaning use of compatible RGB strips can be installed. The LED control in the BIOS could really do with an overhaul for RGB products, but I would advise for the best results, to use the ASRock RGB LED software that comes with the CD; or alternatively you can download the latest version from the ASRock website. 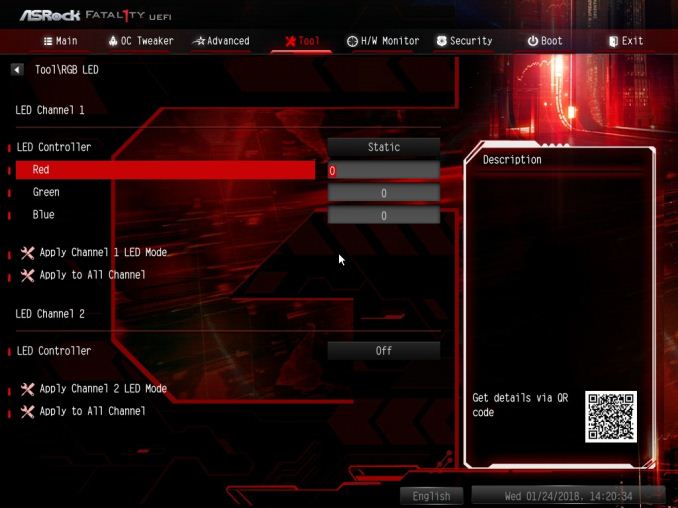 To be constructive, there are things ASRock can do to enhance usability such as rework their built-in RGB options within the BIOS, but it works well and does everything you would expect of a board of this caliber.

It shouldn’t come as any surprise that a motherboard SKU with ‘Gaming’ in the title should focus on the key market it’s been specifically designed for. ASRock are known for their user friendly and sometimes technically sound applications (such as OC Tuner), but the AB350 Gaming K4, aside from the necessary core basic applications, does not have much extra. Avialable applications include the F-Stream overclocking utility, which is geared towards enthusiast overclockers than the regular user, the APP shop, ASRock RGB LED, and the Sound Blaster Cinema 3 audio application.

Probably the most notable of the supported software applications is the Sound Blaster 3 utility from Creative. The software itself allows for the enablement, or disablement, of functions such as SBX Surround, which is designed to increase the realistic nature of the audio played. It’s a pretty intuitive feature and aside from the ability to create your own custom sound profiles, they do include pre-sets for things like gaming, music, movies etc. Another smart feature is SBX smart volume which moderates the volume to avoid large spikes which can cause ear discomfort. 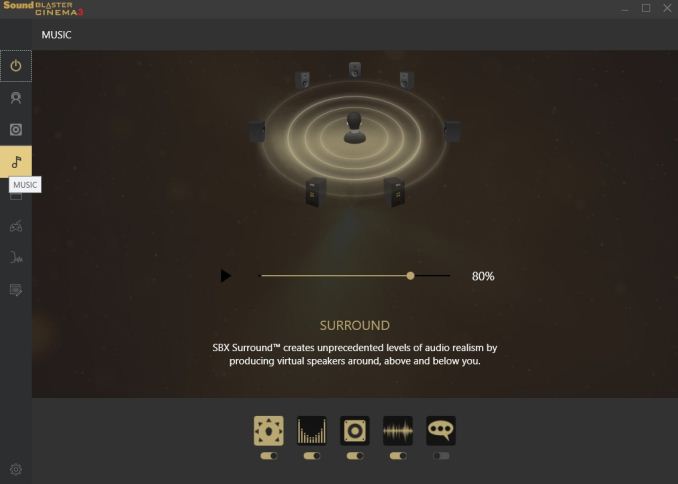 The other handy application is the ASRock RGB LED software. It does exactly what it says on the tin and allows users to customize the fan via the AMD RGB fan header, as well as through the single RGB header (non-addressable). The red-only LEDs under the PCH heatsink can be switched off or customized into changing the style from static, to flashing, to breathing etc. 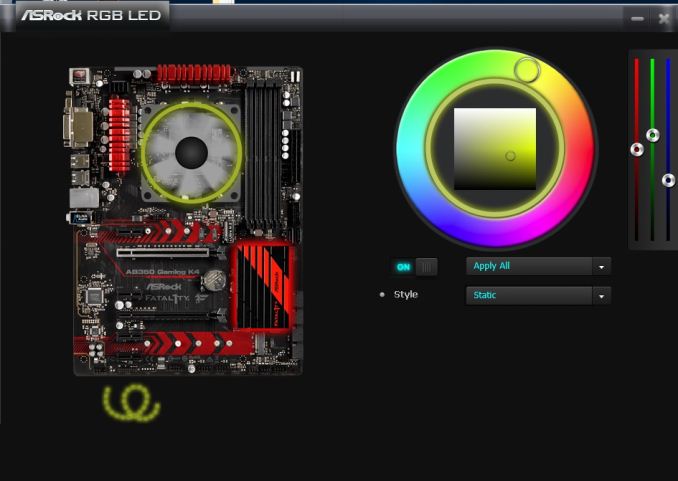