Since the introduction of Ice Lake, Intel’s logo design has seemed a bit off-kilter. The company changed how it named its processors, ditching the U and Y designations, instead of focusing on the ‘G7 and G4’ elements as well as the graphics. While those were Intel’s 10th Generation Core processors, they were categorized in a seemingly different way. Now a year later, changes are once again afoot. With the introduction of Xe graphics into the mix with Tiger Lake, the company is putting new logos and branding into the mix. 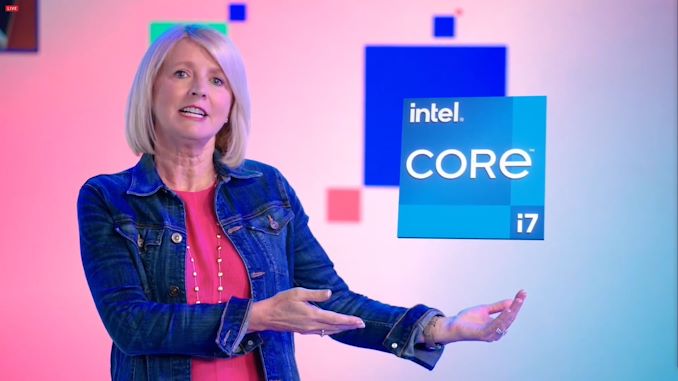 The new stickers on the laptops will look something like this. Intel has decided that its logos need to have a mix of lower case letters and capital letters for Core and Iris, despite the Intel part being in complete lower case and the ‘Graphics’ or ‘Powered By’ are all capitalized (at least it isn’t with backwards letters?). The Xe has that e in superscript as well, for the ‘eXascale for Everyone’ element of the graphics portfolio. 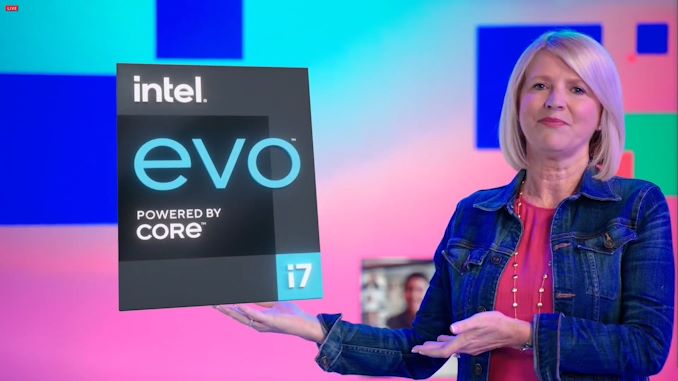 There is also Intel Evo, the new name for Intel’s Project Athena program, which we talk about later.

Beyond this is a full change for the Intel logo. It was stated that Intel only ever changes its logo when there is a big shift inside the industry. Today is apparently that shift, despite Intel's presentation being fairly minimal - I would have expected a logo change to occur during a large event or such. Intel says this is the third time it has fundamentally changed its logo. 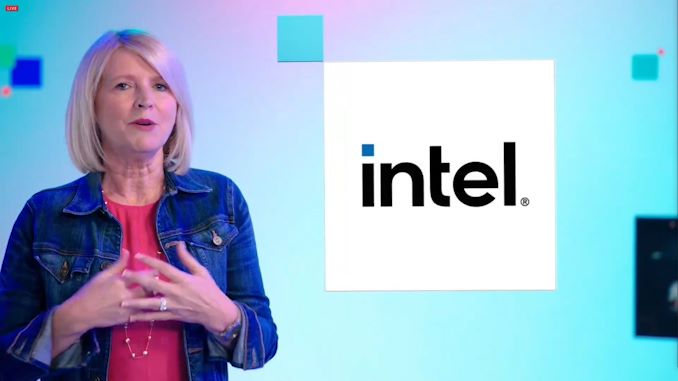 With the launch of the previous generation of products, Intel introduced its Project Athena verification program. Similar to how it tried to push for ultraportable notebooks back in the day, Project Athena was a set of specifications that Intel believed were important to the premium notebook owners in the current day. This included things like minimum battery life requirements, support for Thunderbolt and Wi-Fi 6, a good display, support for AI, and a specific level of responsiveness.

In order for a laptop to be designated as a Project Athena design, it had to be validated by Intel. More often than not, Athena notebooks were co-developed with Intel anyway, making validation not much more than a formality. At the time Intel stated that Project Athena was more of an OEM standard to help push the industry along the leading edge – version 1.0 of the specification was ultimately a stepping stone to more stringent updates to the standard we learned.

Because Athena was a program designed for the OEMs rather than the customer, Intel had not necessarily worked out the marketing side of the equation. At a simple level, it was expected that these devices would, if they followed the specification, speak for themselves in offering better-than-normal user experiences equipped with the latest technology. However, at some point, we expected Athena to become end-user visible as well. 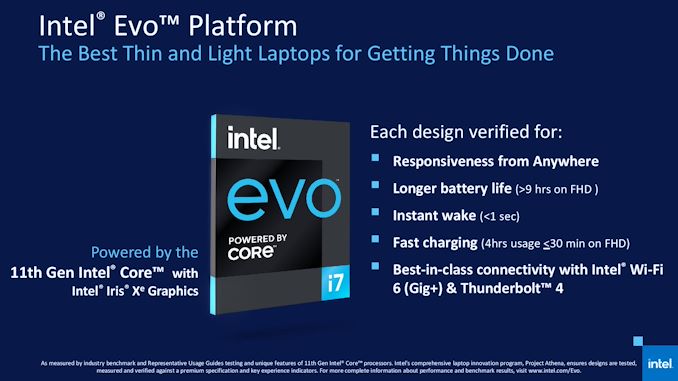 So for this Tiger Lake launch, Athena is now getting that splash of marketing, and Intel is calling any device that qualifies under the latest updates as ‘Intel Evo’. The Evo part of the name is clearly meant to be a calling to the evolution of the future generation of products.

What surprises me a bit is that the first generation of Athena was meant to be, at least on some level, CPU vendor agnostic – some of the special sauce from Intel made it easier for Intel devices to meet the specification, such as built in Thunderbolt and CNVi-based Wi-Fi 6 reduces the power consumption. With Intel Evo branding, any semblance of it being an industry-wide specification to work towards now goes out the window. While any Evo qualification is still a good thing to have, with the promise of a good user experience and the latest technology, there’s no escaping the fact that this program is now honed in for Intel-specific systems.

As usual, posting performance numbers isn’t really our thing – we prefer to get the hardware on hand and test for ourselves. Intel has a habit of not stating full system configurations during its presentations, and rather directing the press to look at a section on a website after the fact. To that end, we’re not going to republish reams of Intel’s own numbers here. The high level numbers that are perhaps with promoting are as follows.

When comparing an Intel Core i7-1165G7 Tiger Lake system to an AMD Ryzen 7 4800U system (both configurations unknown at this point), Intel states it has the following performance advantages:

As always, Intel’s need to promote ‘performance using real world benchmarks’ rubs up against the fact that it also posts these sorts of synthetic tests as well – especially when system configurations are no longer provided directly where the numbers are in the presentation. Intel does have ‘real world benchmarks’, directly in the next slide, but for slide #4 in a day of announcements, offering synthetics – especially ones that are known to favor Intel – is a bit frustrating. Surely an aggregate number of those real-world tests would be a better starting point for any presentation. 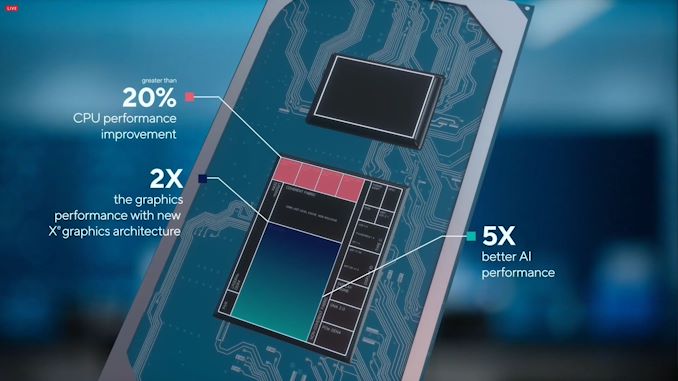 We will be doing our own testing when we get a Tiger Lake system in for testing.

Now that Intel’s Tiger Lake mobile processors are announced, OEM partners will also be announcing notebooks and laptops in the upcoming weeks – in fact a few will do so today. The other half of Tiger Lake still needs to be disclosed – at Architecture Day we were told that Tiger Lake scales to 65 watts, so most of us has assumed that this means a 45W to 65W range of processors, up to 8 cores, is coming. No word on that from Intel as of yet.

As a final slide from Intel’s deck, the company has clarified what to expect from its next few announcements (which we assume is from now through to the end of the year, at least from the client side of the business). 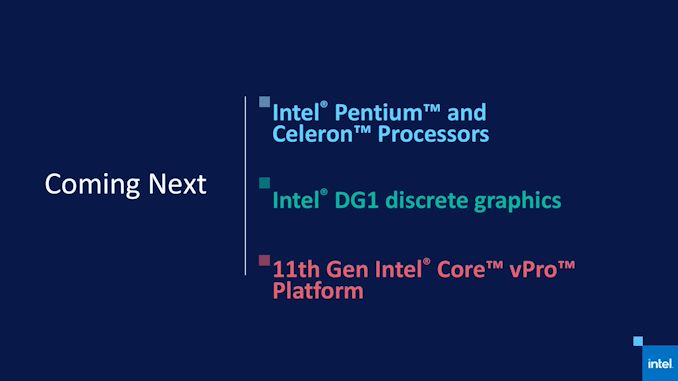 We should expect to see Intel Pentium and Celeron notebook processors later this year, along with the vPro versions of the Tiger Lake processors announced today. Perhaps more exciting is the DG1 discrete graphics platform, which is also promising to show its head. Given the recent high-end graphics announcements, it’s going to be fun playing with something more mid-range.