As we touched on in our review of the ASUS ROG Maximus XIII Hero motherboard, the overall design of ASUS's firmware is consistent across most of its ranges. Looking at the aesthetic of the GUI, ASUS is using a TUF Gaming themed firmware, with a black background and grey/white accents throughout. ASUS has two primary modes for users to select between, the 'EZ mode' for novices and the 'Advanced mode' for the more experienced users. 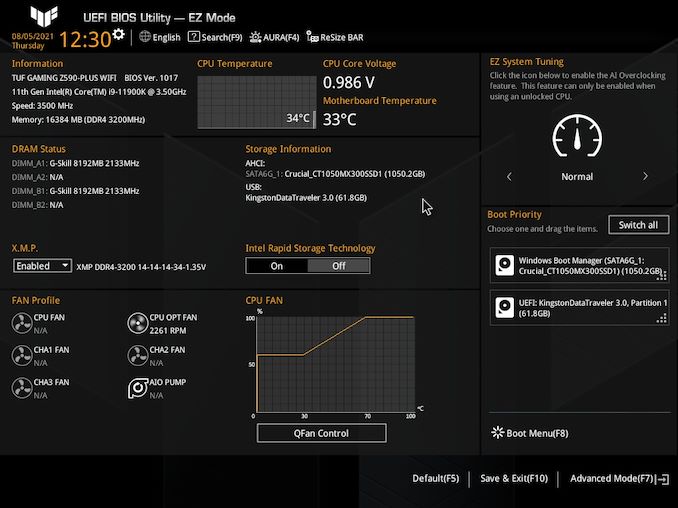 Turning the system on and entering the BIOS for the first time with automatically revert users to the EZ Mode. The EZ Mode consists of a list of primary and key information pertaining to the hardware that's installed. In the top left-hand corner is the motherboard model, as well as the firmware version installed. Below is information about the installed processor and memory, which includes memory and capacity. Users can enable X.M.P 2.0 profiles on compatible memory kits by selecting 'Enabled' in the small drop-down menu. In the center panel is a simple CPU fan graph, with a clickable box that takes users to ASUS's QFan control utility built into the firmware. On the right-hand side, users can drop and drag installed storage and arrange the board's Boot Priority list. 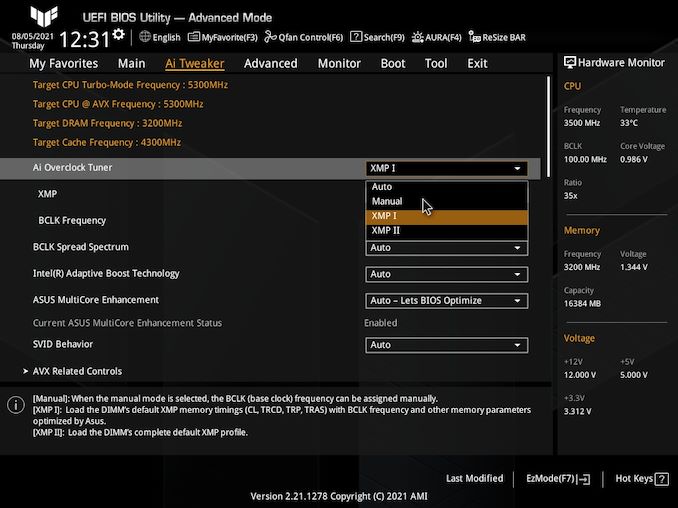 By pressing the F7 key within the firmware allows users to access the Advanced mode. Within this section, users can find all of the board's overclocking and chipset-related settings, as well as all the board and Intel's customizable power settings. For the overclocking options, ASUS puts all of the relevant settings in the Ai Tweaker section and offers users access to settings and options for users looking to overclock the CPU, memory, and integrated graphics. ASUS has an extensive list of memory and power options, as well as allowing users to customize Intel's Thermal Velocity Boost and Adaptive Boost settings. All of the board's chipset, storage, PCIe, and networking options can be found under the Advanced section.

As mentioned further up, ASUS includes its QFan utility which allows users to customize fan profiles for each of the board's six 4-pin headers as well as synchronize them all together. Users looking for control over the board's integrated RGB LED lighting will need to use software, as this doesn't come as part of the firmware on this board.

Overall the ASUS TUF Gaming firmware is as we were expecting, functional, easy to use, responsive, and very easy to navigate around.

All of the ASUS TUF Gaming Z590-Plus WIFI's software revolves around two key utilities, the Armory Crate and ASUS AI Suite III. Users can install Armory Crate and networking drives upon installing Windows for the first time, although for users who find this intrusive, there's an option to turn this off in the firmware. 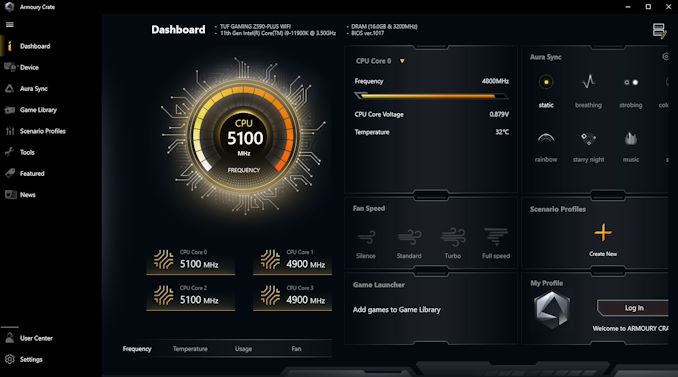 The ASUS Armory Crate has redefined how we install software, as the key utility has a pooled block of memory on the board for users to get a system up and running without needing an optical drive; just an active internet connection is needed. Within the ASUS Armory Crate, users can access the dashboard which provides a variety of functions. Users can use the Dashboard to change the lighting effect via ASUS AURA Sync, although the Aura Sync allows users to change the color and go a bit more in-depth in regards to customizations. Other functions that are useful include the updater, which can be used to keep the board's drivers and utilities up to date. 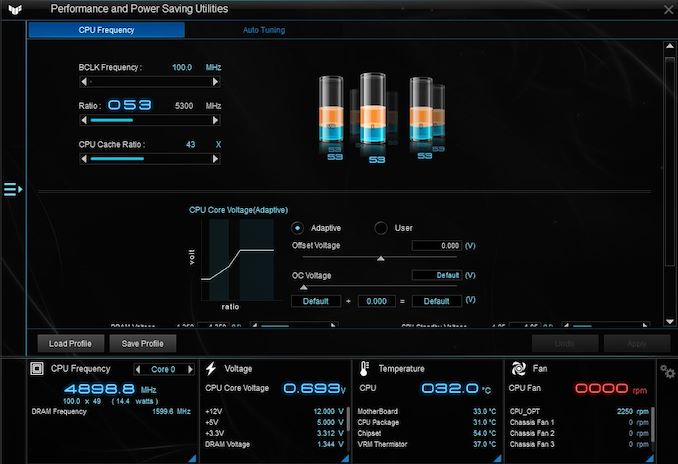 Although the TUF Gaming Z590-Plus WIFI and the Armory Crate allow users to install the relevant Realtek audio drivers, it doesn't make any audio customization software available. To rectify this, users can install the Realtek Control Panel directly from the Microsoft Store. ASUS also includes a custom TUF Gaming skinned version of the popular CPU-Z utility.