While on the desktop, AMD's Radeon HD cards are extremely competitive, the notebook space is far more complicated. Mobile Radeons and GeForces are both fairly common with neither one owning the market more aggressively than the other; this is actually an unusual equilibrium, as each generation of notebooks has typically seen a massive swing favoring one vendor over the other. 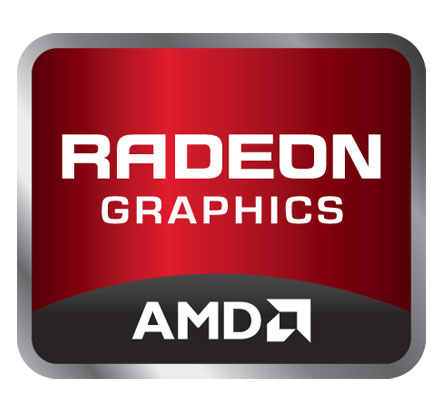 The essential problem with Radeons right now is that outside of Eyefinity they're still playing catch-up with NVIDIA's mobile solutions. Performance may be excellent in some cases, but NVIDIA leverages Optimus across their 500M line while support for switchable graphics in the Radeon HD 6000M series is spotty. NVIDIA's Verde mobile graphics driver initiative is also very mature, while support for AMD's mobile graphics driver across vendors is again spotty. That last point isn't entirely AMD's fault: vendors like Toshiba and Sony inexplicably opt out of the program despite the drivers working fine on their hardware. Finally, there are going to be niche cases where NVIDIA's support for CUDA and PhysX are relevant. OpenCL may eventually become the standard, but professional grade applications like Adobe Premiere Pro CS5 and CS5.5 can get a substantial boost from NVIDIA kit (provided you hack the "validated GPU" list to include yours.)

There's one more comparatively problem with AMD's lineup: while NVIDIA took their 500M series (largely an exercise in rebranding) as an opportunity to do some housekeeping, AMD basically integrated the entire Mobility Radeon HD 5000 line into the 6000Ms. Feature-wise this isn't a major issue, but it results in an incredibly bloated mobile lineup, with mobile chips from the Evergreen line occupying the same series as newer chips from the Northern Islands refresh.

AMD Radeon HD 6300M
80 Shaders, 8 TMUs, 4 ROPs, Core Clocks: 500MHz (6330M/6350M) or 750MHz (6370M)
64-bit Memory Bus, DDR3, Effective Memory Clocks: 1.6GHz (6330M/6350M) or 1.8GHz (6350M/6370M)
Desktop Counterpart: Radeon HD 5450 (Cedar)
The 6300M series is the carryover/rebadging of the Mobility Radeon HD 5400 line. This is roughly the same graphics core as is integrated into Brazos, featuring a memory bus that's honestly just too narrow to really handle any serious gaming. With the advent of Sandy Bridge, it's also outclassed by Intel's integrated graphics hardware and as a result remains more of a solution for corner cases where an inexpensive dedicated graphics processor is needed. (No review available, but the Mobility Radeon HD 5470 in the Dell Studio 14 is comparable.)

AMD Radeon HD 6900M
960 Shaders, 48 TMUs, 32 ROPs, Core Clocks: 580MHz (6950M) or 680MHz (6970M)
256-bit Memory Bus, GDDR5, Effective Memory Clocks: 3.6GHz
Desktop Counterpart: Radeon HD 6850 (Barts)
This is as powerful as it gets on the AMD side. The 6970M is going to be somewhat outclassed by the GTX 580M, but should tangle just fine with the 570M and thoroughly trounce anything slower. Likewise, you're apt to see these employed in a mobile Crossfire solution, leveraging the improvements in Crossfire scaling that AMD brought with the Barts core (along with the rest of Northern Islands.) While it'll never be as fast as a desktop 6850 due to the reduced core clocks, the 6900M series is an extremely potent mobile gaming solution. (Alienware M17x R3 Review)