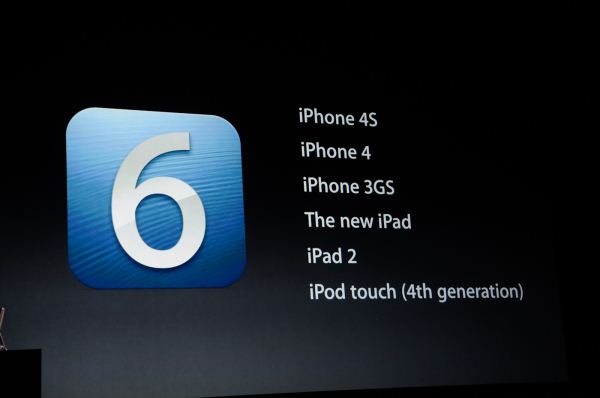 Apple spent quite a bit of time talking up the new features of iOS 6 during their presentation today, though not much was new since WWDC. The software is much more polished than the Beta builds, though that should be no surprise. Apple's own take on Maps is present and tons of content has been added from their various mapping and data partners. Siri has had several feature upgrades, including a new sports scores component, and Safari has seen a few enhancements, including iCloud tabs.

Developers can download the GM today, the rest of us will have to wait till September 19th to try out the software on many currently available devices. The list was impressively complete and includes the iPhone 3GS, iPhone 4/4S, iPad 2/3 and the iPod Touch (4th Generation). We'll have a complete review of iOS 6 a bit closer to launch, and Brian is downloading the GM right now and may have some impressions a bit later.