As we alluded to in our 1.2GHz Thunderbird Review, the AMD Athlon won’t be surpassing the 1.2GHz mark before the end of this year and at Comdex AMD confirmed this assumption as well.  For them, as you can see by the performance of the 1.5GHz Pentium 4, it doesn’t make sense to get into a clock speed battle with Intel. 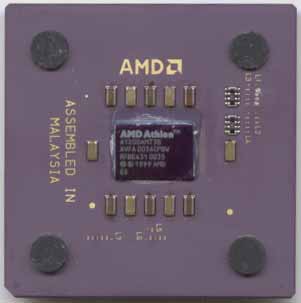 We have always said that there is a large percentage of the PC buying population that buys based on clock speed alone, fortunately for AMD, once you take into account that not everyone can afford the most expensive 1.5GHz Pentium 4 systems, clock speed quickly loses ground to price.  This is what AMD is banking on for the rest of this year.

According to AMD, if they were to release a higher clocked Athlon this late in the game it wouldn’t do much for availability in systems as no major manufacturers would be able to turn around entire system lines that quickly.  It seems very obvious that AMD is in a much different position than they were last year, since this same reasoning didn’t stop them from releasing an 800MHz Athlon on December 20th, just 11 days before the end of the year.

Indeed AMD is in a very different position this time around, they don’t have to fight with Intel as vigorously to gain ground, instead, they’ve got to fight to maintain their momentum.  How do they plan on doing it?  Let’s have a look at the Athlon and its future.