The nForce chipset is made up of two parts, a north and south bridge, just like any other chipset. In accordance with NVIDIA's trend towards naming things as "processors," the north bridge is known as an Integrated Graphics Processor (IGP) while the south bridge gets the distinction of Media and Communications Processor (MCP). 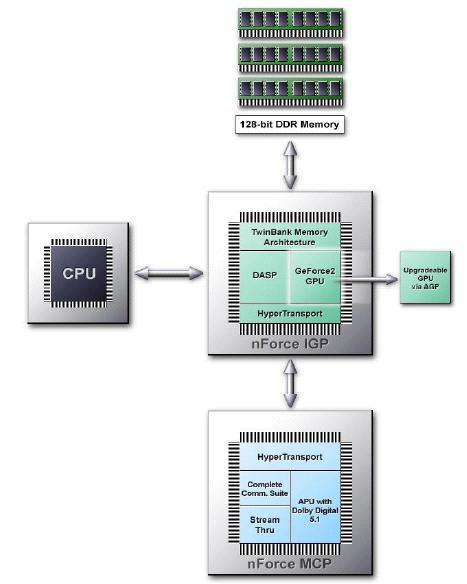 Let's take a look at these individual components in depth to get an idea of what the nForce is really capable of.