Today Qualcomm is making a rather unexpected SoC announcement in the form of the new Snapdragon 870. The chip is a rather odd release in Qualcomm’s chipset line-up in that this is actually a part derived from last year’s Snapdragon 865 series, with the new model being a new silicon bin that ups the clock frequencies for a small boost in performance, even though it’s getting a model name that would indicate more substantial changes (of which there aren’t). 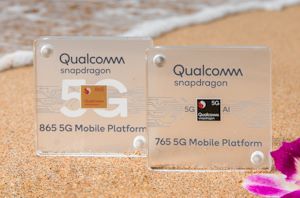 After yesterday announcing both the Snapdragon 765 and Snapdragon 865 mobile platforms, which will aim to provide a lot of 5G coverage to 2020 devices, Qualcomm today is going...