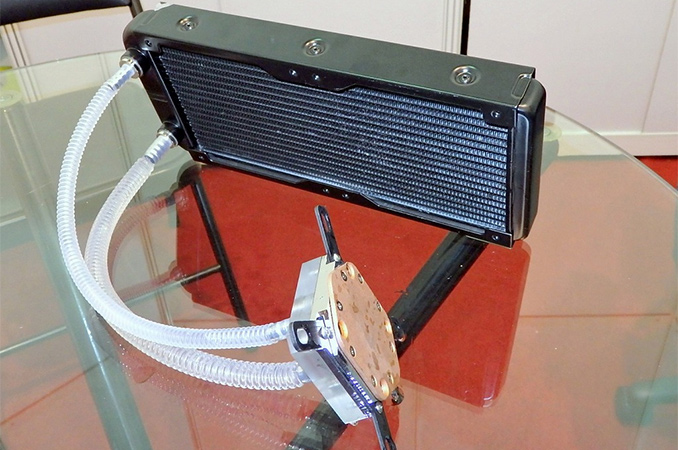 In the recent year’s all-in-one liquid cooling solutions gained significant popularity thanks to efficiency and quieter operation. However, even with those improvements, a closed loop cooler still needs a pump to enable circulation of liquid as well as at least one fan to maximize cooling efficiency. Seen as the next step, pumpless liquid cooling systems have been discussed by various developers for a while, and Raijintek demonstrated one at Computex 2016.

The prototype of Raijintek’s pumpless liquid cooling system is comprised of a completely passive CPU/GPU water block with a copper base (featuring a system of very thin channels to maximize heat dissipating surface area) with two nozzles of different diameter, two tubes as well as a radiator (images are by Hermitage Akihabara). The LCS is filled with a customized coolant, which has evaporation point of around 40°C to 50°C. Once the CPU or the GPU gets hot enough, the coolant turns into vapor and streams to the radiator through one of the tubes where it condenses back to liquid, whereas the cool coolant streams back to the water block. 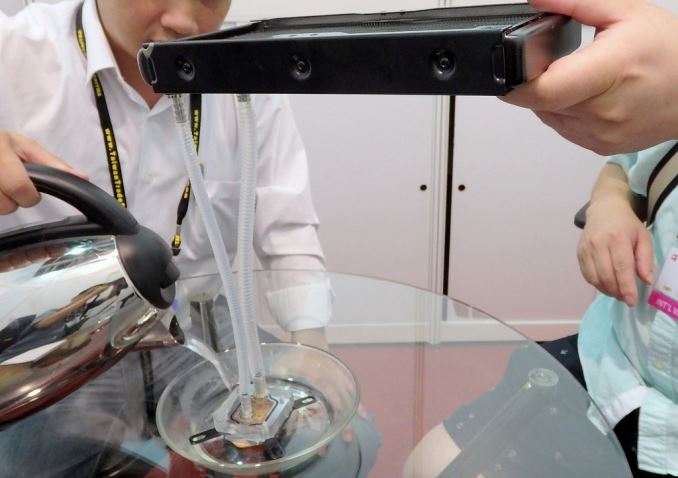 Natural processes enable the circulation and the liquid cooling system is nearly noiseless (keep in mind that physical processes like water circulation create noises). In the best-case scenario, the higher is the temperature of the chip cooled down by such a LCS, the faster is the circulation. The theoretical limit of TDP that Raijintek’s prototype can handle is unclear, but different reports point to over 200 W, which is in line with traditional high-end and AIO liquid coolers. At Computex, the manufacturer demonstrated the prototype without any fans, but the radiator can be equipped with two of them to maximize cooling performance. While fans are not compulsory, there is a requirement, though: the radiator always has to be installed above the water block, which is something harder to do in small form-factor PCs. 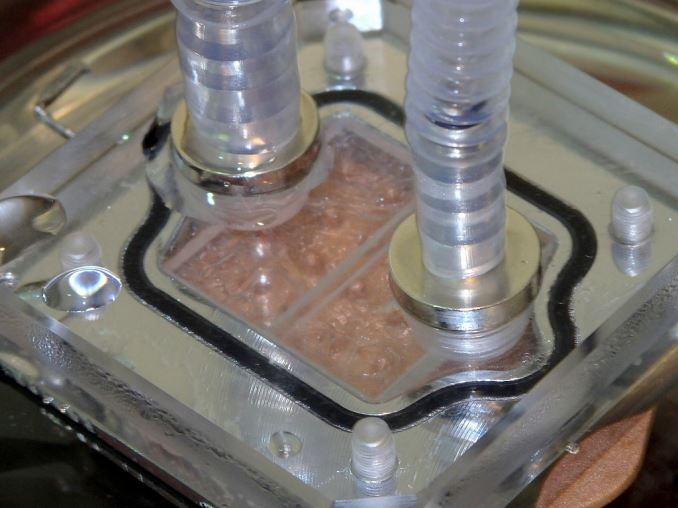 The advantages of pumpless LCS are obvious: it does not have moving parts and therefore is more reliable than traditional systems; it does not generate as much noise and does not use power, provided that the coolant is cheap enough, the cost of a pumpless LCS should be lower than the cost of a traditional closed-loop liquid cooling system. On the other hand, it is completely unclear how the liquid with a very low evaporation point handles high TDPs when placed in a hot external environment. Besides, temperature of such liquid should remain below 40°C at all times (so, you are not going to use such device in Qatar, where temperatures above 40°C are common). Finally, the LCS must be perfectly sealed to maintain vacuum inside because any slight imbalance of pressure inside will harm its operation, a requirement that potentially increases the cost of the device. 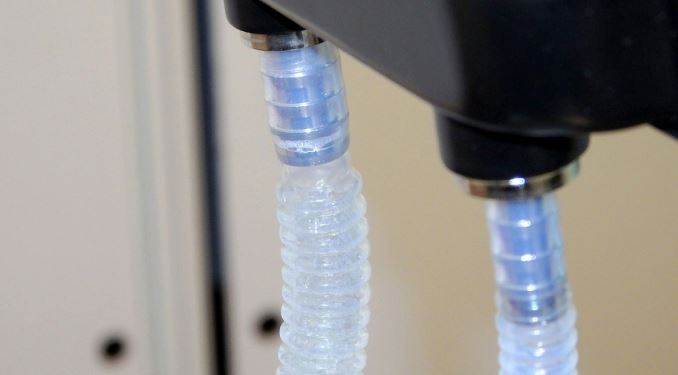 Raijintek has invested a lot in development of its pumpless LCS over the years. In fact, the first prototype was ready back last year, but the company decided not to demonstrate it, but patent the technology in major markets first. Given the price of the new coolant as well as a new manufacturing process required to build pumpless LCS with vacuum inside, the price of the final product will not be low and may be actually higher compared to traditional AIO liquid coolers.

It is interesting to note that Raijintek is not the first to showcase a pumpless closed-loop liquid cooling system. Back in 2014, Silverstone demonstrated its prototype at Computex, but so far the company has not released it commercially.