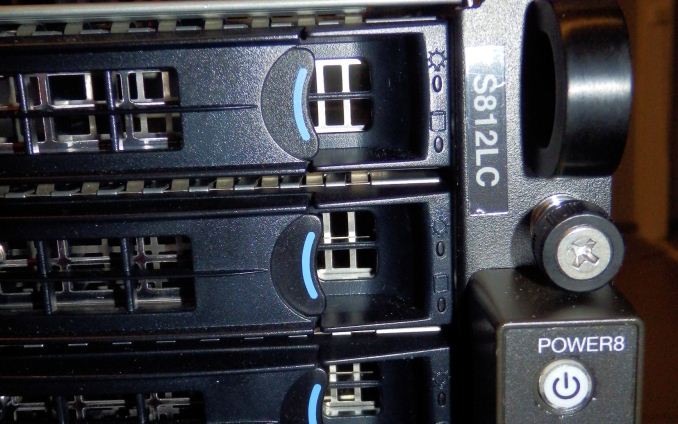 How serious are IBM's OpenPOWER efforts? It is a question we got a lot after publishing our reviews of the POWER8 and POWER8 servers. Despite the fact that IBM has launched several scale out servers, many people still do not see IBM as a challenger for Intel's midrange Xeon E5 business. Those doubts are understandable if you consider that Linux based systems are only 10% of IBM's Power systems sales. And some of those Linux based systems are high-end scale up servers. Although the available financial info gives us a very murky view, nobody doubts that the Linux based scale out servers are only a tiny part of IBM's revenue. Hence the doubts whether IBM is really serious about the much less profitable midrange server market.

At the same time, IBM's strongholds – mainframes, high-end servers and the associated lucrative software and consulting services – are in a slow but steady decline. Many years ago IBM put into motion plans to turn the ship around, by focusing on Cloud services (Softlayer& Bluemix), Watson (Cognitive applications, AI & Analytics) and ... OpenPOWER. If you pay close attention to what the company has been saying there is little doubt: these three initiatives will make or break IBM's future. And cloud services will be based upon scale out servers. 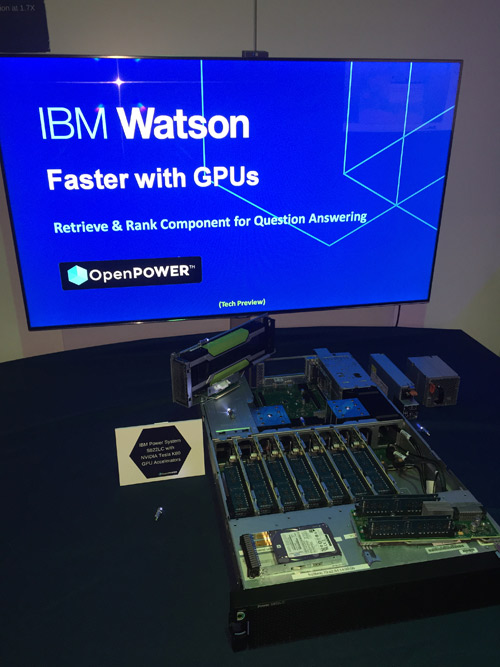 The story of Watson, the poster child of the new innovative IBM, is even more telling. Watson, probably the most advanced natural language processing software on the planet, started its career on typical IBM Big Iron: a cluster of 90 POWER 750 servers, containing 2880 Power7 CPUs and 16 TB of RAM. We were even surprised that this AI marvel was on the market for no more than 3 million dollars. The next generation for Watson cloud services will be (is?) based upon OpenPOWER hardware: a scale out dual POWER8 server with NVIDIA's K80 GPU accelerator as the basic building block. An OpenPOWER based Watson service is simply much cheaper and faster, even in IBM's own datacenters. But there is more to it than just IBM's internal affairs.

Google seems to be quite enthusiastic about OpenPOWER. Google always experimented with different architectures, and told the world more than once that it was playing around with ARM and POWER based servers. However, the plans with OpenPOWER hardware are very tangible and require large investments: Google is actively developing a POWER9 server with Rackspace. 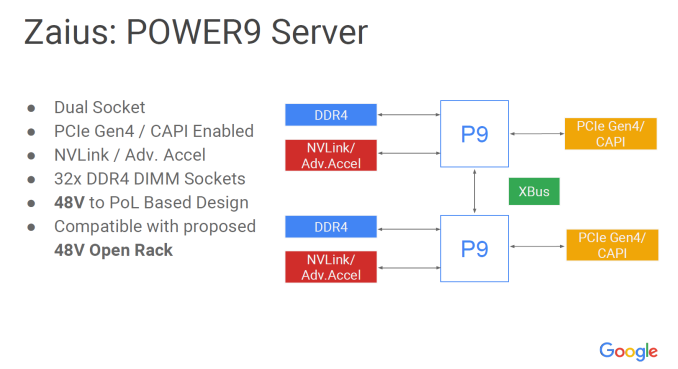 "Zaius, the OpenPOWER POWER9 server of Google and Rackspace"

Google has also publicly stated that "For most Googlers, enabling POWER is a config change". This far transcends the typical "we experimenting with that stuff in the labs".

So no wonder that IBM is giving this currently low revenue but very promising project such a high priority. And the pace increases: IBM just announced even more "OpenPOWER based" servers. The scale out server family is expanding quickly...