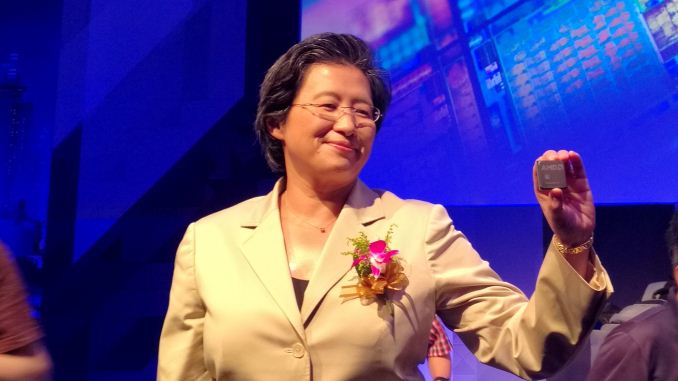 Thanks to some sleuthing from various readers, AMD has accidentally let the cat out of the bag with regards to the official Ryzen launch date. While they haven’t specifically given an exact date, the talk to be given by AMD at the annual Game Developer Conference (GDC) says the following: 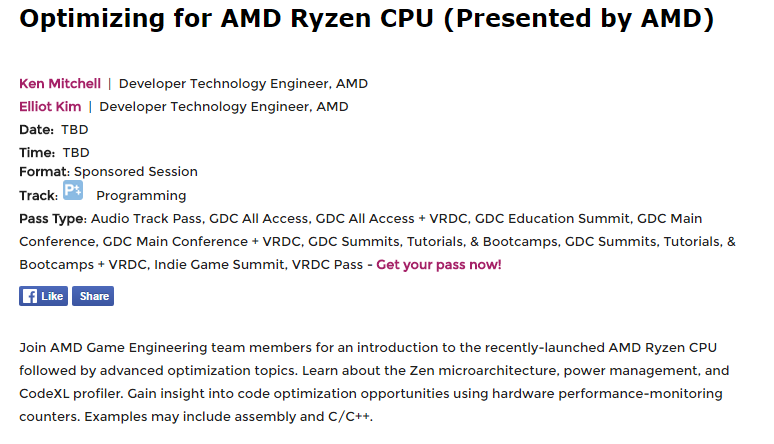 The GDC event runs from February 27th to March 3rd, and currently the AMD talk is not on the exact schedule yet, so it could appear any day during the event (so be wary if anyone says Feb 27th). At this time AMD has not disclosed an exact date either, but it would be an interesting time to announce the new set of Ryzen CPUs right in the middle of both GDC and Mobile World Congress which is also during that week. It would mean that Ryzen news may end up being buried under other GDC and smartphone announcements. 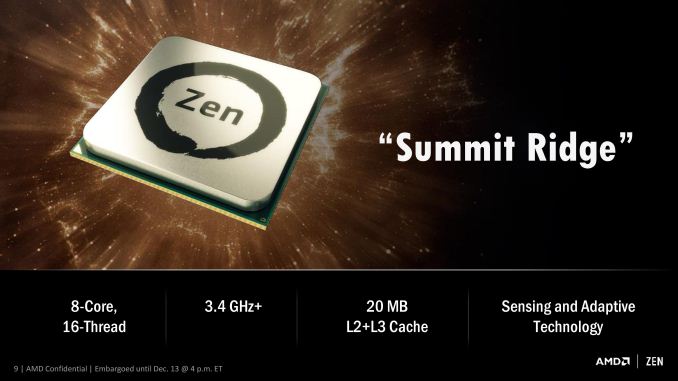 Then again, the launch could easily be anytime during February – this March 3rd date only really puts an end-point on the potential range. AMD has stated many times, as far back as August, that Q1 is the intended date for launch to consumers in volume. When we spoke with AMD at CES, nothing was set in stone so to speak, especially clock speeds and pricing, but we are expecting a full launch, not just something official on paper. Ryan will be at GDC to cover this exact talk, and I’ll be at MWC covering that event. Either way, we want to make sure that we are front of the queue when it comes time to disclosing as much information as we can get our hands on ahead of time. Stay tuned!