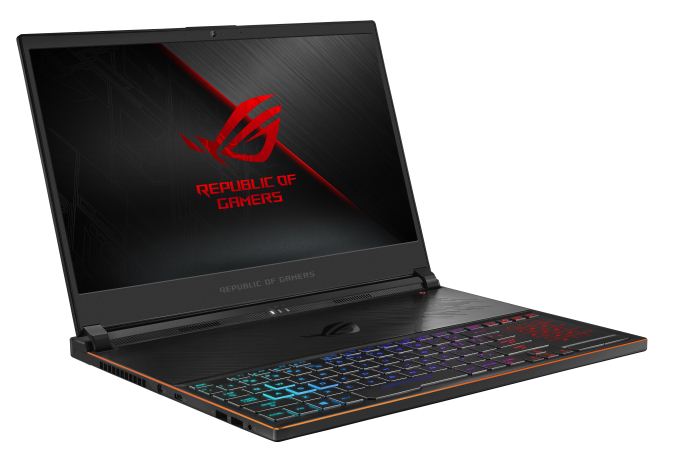 Today ASUS is announcing a new laptop in their Republic of Gamers series, which is the Zephyrus S (GX531). ASUS is marketing it as the world’s slimmest gaming laptop featuring the GTX 1070 Max-Q or GTX 1060, and at 14.95 to 15.75 mm thick, this should be a gaming laptop that is incredibly portable. 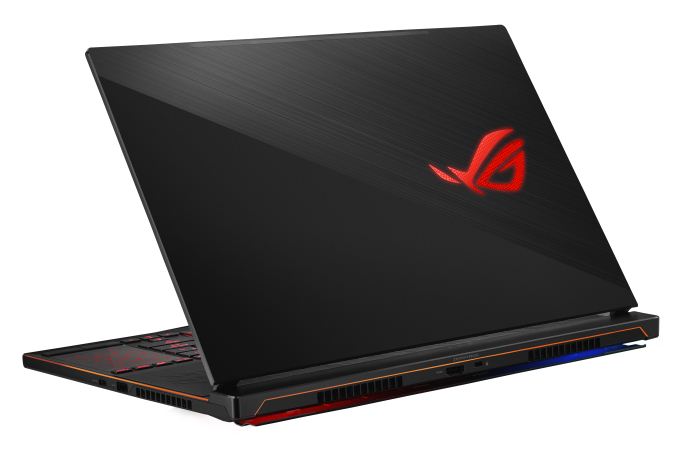 Powering the Zephyrus S is the Intel Core i7-8750H processor, with six cores and twelve threads, with a base frequency of 2.2 GHz and a maximum turbo frequency of 4.1 GHz. This is a 45-Watt Coffee Lake CPU. GPU options are either the NVIDIA GeForce GTX 1070 Max-Q in the GX531GS, or the GTX 1060 in the GX531GM model. There’s storage options from 256 GB to 1 TB based on NVMe SSDs, although one 512 GB model will be PCIe 3.0 x2, while other options are all x4 drives.

As for RAM, there's 8 GB soldered in, and one SO-DIMM slot available, which allows both models to support up to 24 GB of DDR4-2666.

The Zephyrus S features a 15.6-inch 1920x1080 display, and as a gaming system, ASUS has outfitted it with a 144 Hz panel from AUO, but unlike some gaming laptops with a high refresh, the Zephyrus S comes with an AHVA panel from AUO and not a TN, so image quality should be quite good. ASUS has stated it covers 100% of the sRGB gamut, and the response time is just 3 ms.

The display is in a thin-bezel design as well, which further shrinks the footprint of the laptop, with ASUS stating this new laptop is a 15.6-inch display in a chassis just a bit bigger than a typical 14-inch model. 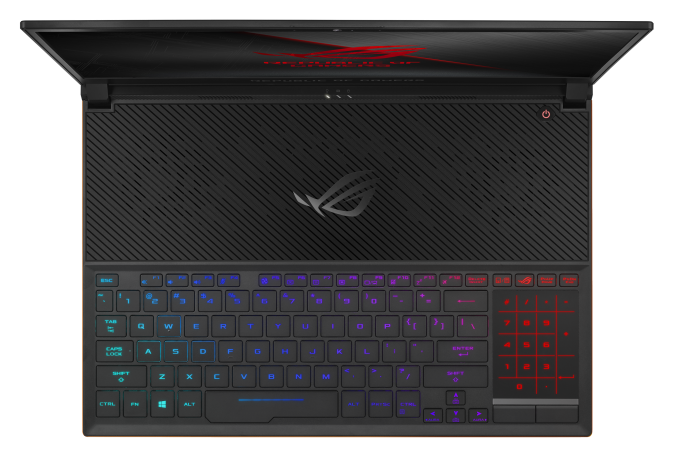 Cooling is going to be a big concern on any gaming system, but especially when pushing the limits on device thickness as this one is. ASUS uses their Active Aerodynamic System (AAS) which opens a vent on the bottom of the laptop when the lid is lifted, and the vent stretches across the entire back of the body. The company says this improves airflow by 22% over a conventional design. There’s five heat pipes inside that pull heat from the CPU, GPU, and VRM, and the cooling is designed to keep the power components under 80°C for reliability. There are four heatsinks at the rear corners, which is double the number from the original Zephyrus.

ASUS uses self-cleaning fans to keep dust from becoming the enemy, and the fans themselves have 83 blades each, with the fan speed of course controlled based on cooling profiles, with silent, balances, and overboost modes to choose the amount of cooling and noise you’ll see.

ASUS has also moved the keyboard to the front of the device, which also helps with cooling. The keys offer 1.2 mm of travel, and the keyboard offers N-key rollover. As you’d expect, there’s support for RGB lighting as well through Aura Sync, although only with four zones. 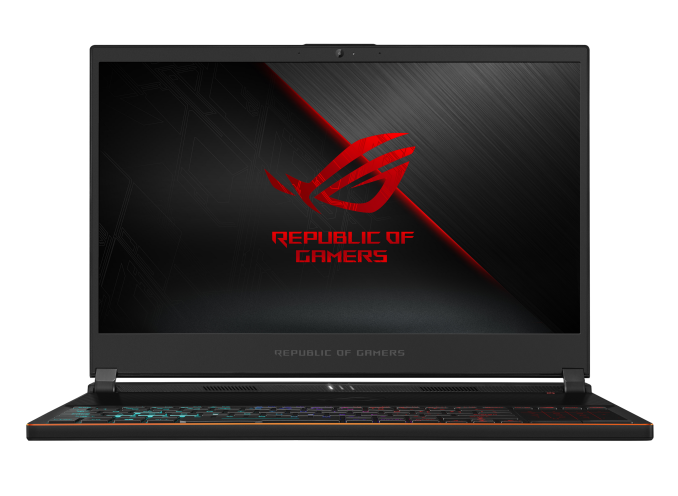 If you’re in the market for a gaming laptop that needs to be portable, you’ll likely want to check this out. Prices will be announced when the laptop is launched in September.