Performance-wise, the inclusion of the new A13 chip should essentially blow the iPhone 8 out of the water given it’s two generations newer than the A11. For more details about the A13, please read our in-depth coverage of the chip in our review of the iPhone 11 series. 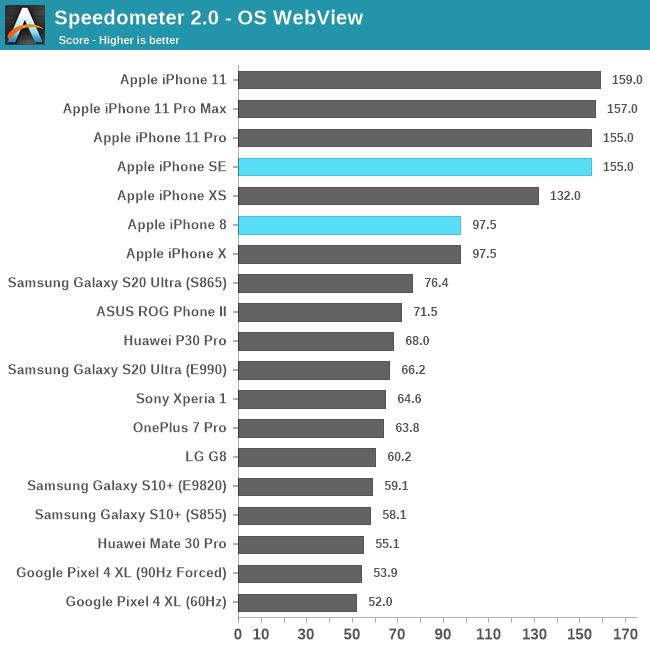 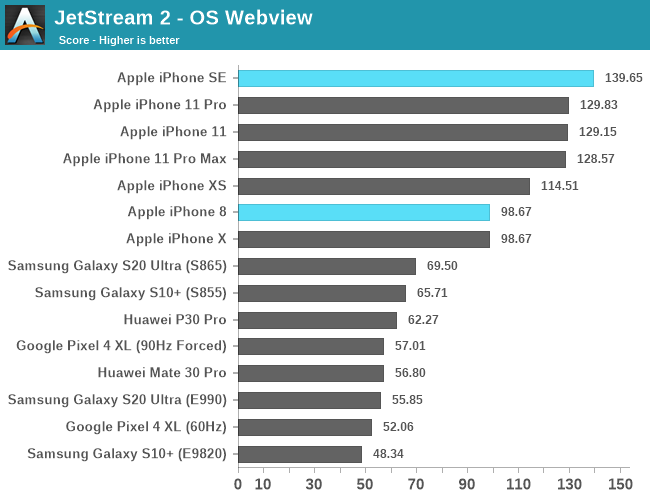 In the steady-state Javascript web benchmarks, the iPhone SE unsurprisingly matches the newer iPhone 11. In JetStream, the phone even gets a boost here, which might be due to the newer iOS version. I haven’t had the chance to re-test the older iPhones, but I’m certain the scores will level out across the A13 generation devices. 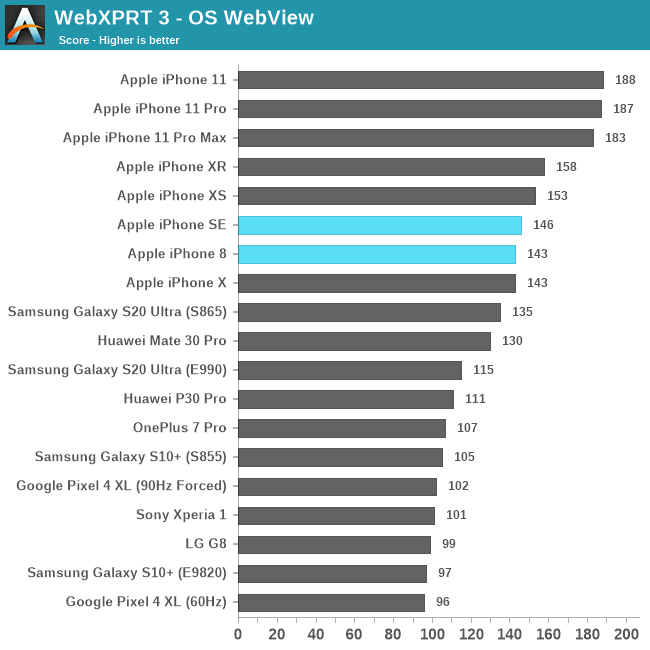 On WebXPRT 3, the iPhone SE did score quite a bit worse than the iPhone 11 phones. This test is more interactive in its workloads and more impacted by DVFS responsiveness, rather than just being a continuous stead-state load. It’s very much possible that Apple has tuned down the DVFS of the chip in order to remain at the more power efficient frequency states for more workloads. I haven’t had the time to update Xcode to run our workload ramp test yet – but it’s something that can be easily verified in a follow-up update on the topic.

I was also able to verify the CPU frequencies of the A13 in the iPhone SE, and the phone tracks identical peak frequencies as on the iPhone 11. This means that we're seeing 2.66GHz peak clocks on the Lightning cores when a single core is on, and up to around 2.59GHz when both cores are enabled. The Thunder cores clock in at up to 1.73GHz as well, just as on the iPhone 11’s. 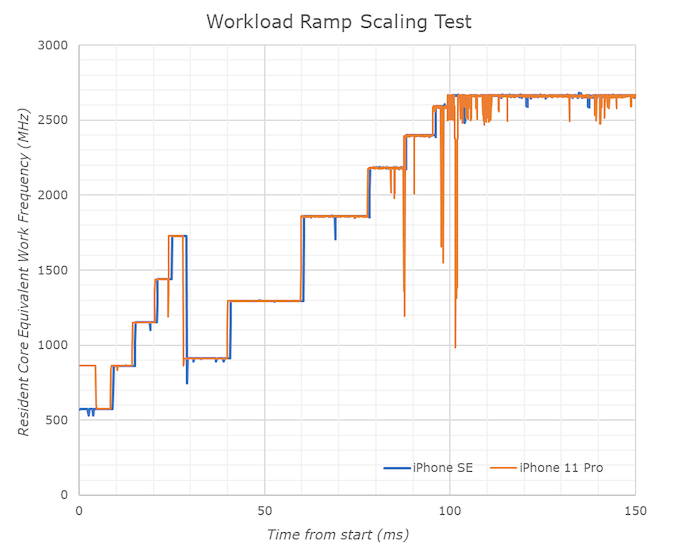 The DVFS of the two phones is also identical – with the same ramp-up times between the SE and the iPhone 11. In general, any performance differences between the new SE and the flagship phones should simply be due to thermal characteristics of the smaller phone, possibly throttling things faster when under more strenuous workloads.

Whilst I haven’t had too much time on the SE, the first impressions of the device are very much that this is just an as good experience as the iPhone 11 series. Much like on the iPhone 11 series, I actually feel that the raw performance of the hardware is actually hampered by the software, for example animations could be much shorter or even disabled in order to improve the user’s experience of speed and responsiveness. In either case, the iPhone SE’s performance is fantastic, and that’s due to the A13 chipset’s raw power.