ASUS has elected for an aggressive yet stylish design for its Strix series. It has a large rear panel cover with a large ROG logo that includes customizable illumination via integrated RGB LEDs. It also has a holographic Strix logo that also benefits from RGB LEDs too, with more RGB included within the chipset heatsink. The chipset heatsink includes a cooling fan, like the majority of X570 models, which is in no part due to increased temperatures from the pressures of PCIe 4.0. Across the board it uses a black PCB with subtle grey traces and glossy black text around the CPU socket area. ASUS is using gunmetal grey heatsinks for the power delivery and dual M.2 heatsinks, which blend in nicely against the black background. 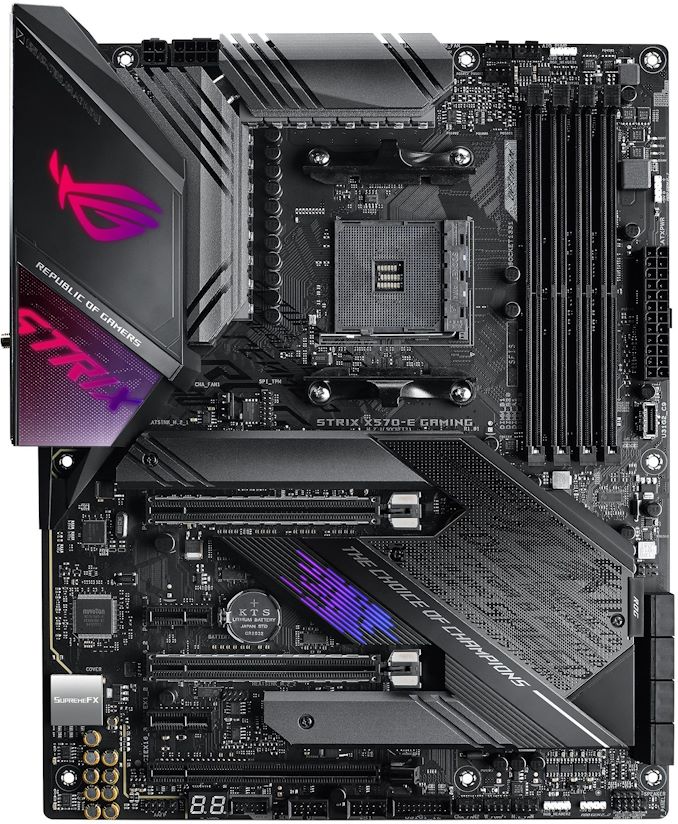 Dominating the lower portion of the board is the chipset heatsink and M.2 heatsinks, but more importantly, the PCIe slots. The ASUS ROG Strix X570-E Gaming has three full-length PCIe 4.0 slots which operate at x16, x8/x8, and x8/x8/x+4, with two PCIe 4.0 x1 slots. Located above the top full-length and bottom full-length PCIe slots are two PCIe 4.0 x4 M.2 slots. Both slots can accommodate M.2 22110 form factor drives, and both include support for SATA drives. For other storage devices, ASUS uses the full allocation from the X570 chipset with eight SATA ports. All of these can support RAID 0, 1, and 10 arrays.

Other avenues of expansion include a single USB 3.2 G2 Type-C header which is located just below the 24-pin 12 V ATX power connector, while ASUS also includes one USB 3.2 G1 Type-A header for two additional ports and two USB 2.0 headers which allow for another four ports. Adding the USB up including the rear panel, ASUS allows for a total of 13 x Type-A and 2 x Type-C. Along the bottom is a two-digit LED Debugger, while located around the edge of the PCB are seven 4-pin headers for cooling.

In the top right-hand corner, there are four memory slots. These allow users to install up to 128 GB of memory, with maximum speeds of up to DDR4-4400. 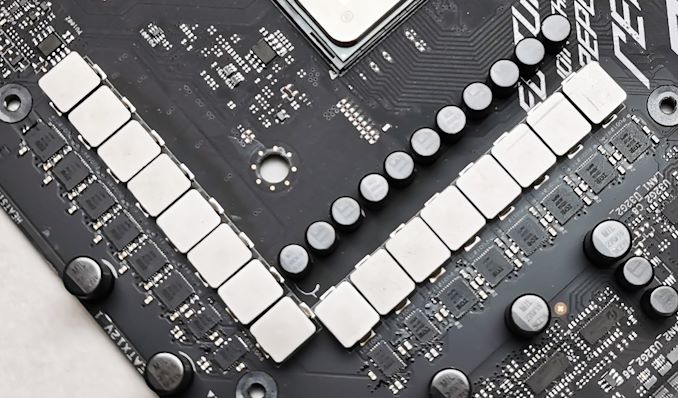 The ASUS ROG Strix X570-E Gaming is using a 16-phase power delivery, which is split into twelve for the CPU and four for the SoC. Keeping the VRMs regulated is an ASUS specific ASP1405 PWM controller operating at 6+2. For the CPU VCore, it is using twelve International Rectifier IR3555 60 A power stages, while SoC is using four IR3555. Both the CPU and SoC are Teamed together, which allows the power delivery to run cooler and it improves transient response with quicker bursts of power without the drawbacks of phase doublers. Feeding power to the CPU is an 8-pin and 4-pin pair of EPS 12 V power inputs. 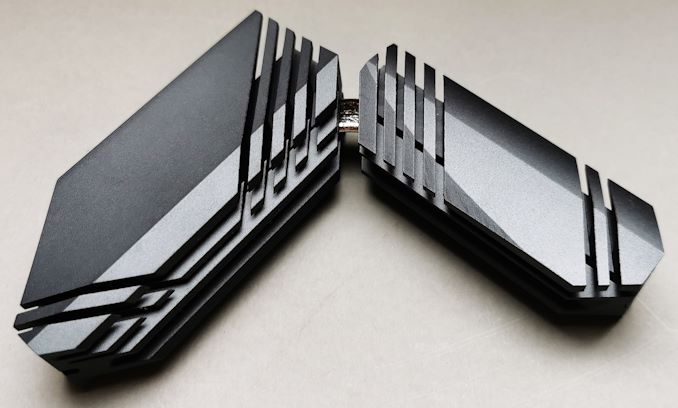 Keeping the power delivery cool is a gunmetal grey pair of heatsinks that are interconnected with a single heat pipe. This heatsink pairing is quite bulky and heavy and has some thicker thins designed to channel airflow over the power delivery. 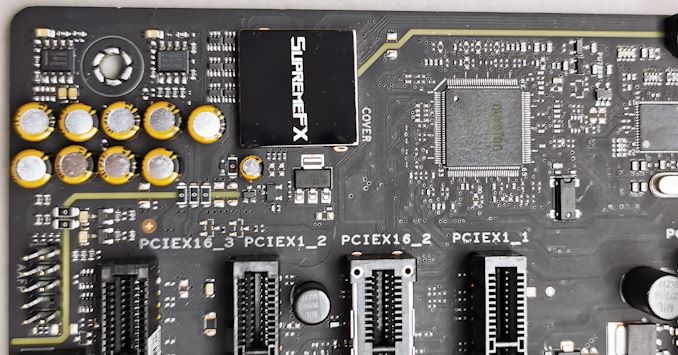 Looking at the board's audio capabilities, it all flows around a SupremeFX S1220A HD audio codec, with dual OP amplifiers designed to boost the overall auditory output. The S1220A codec includes a SupremeFX EMI shield and uses nine Japanese Nichicon gold audio capacitors. Keeping the audio components separate from the rest is a PCB isolation line.

The rear panel on the ASUS ROG Strix X570-E Gaming has a phenomenal amount of USB connectivity. This includes seven USB 3.2 G2 Type-A and a single USB 3.2 G2 Type-C port. Networking capability is also solid with two RJ45 ports, one powered by a Realtek RTL8125-CG 2.5 GbE controller and the other by an Intel I211-AT Gigabit controller. For wireless connectivity, ASUS includes an Intel AX200 Wi-Fi 6 module which also provides support for BT 5.0 devices. The rear panel also has five 3.5 mm color-coded audio jacks and S/PDIF optical output powered by the SupremeFX S1220A HD audio codec, while a BIOS Flashback button and a designated Type-A port. Finishing off the rear panel is a DisplayPort 1.2 and HDMI 2.0b video output pairing. 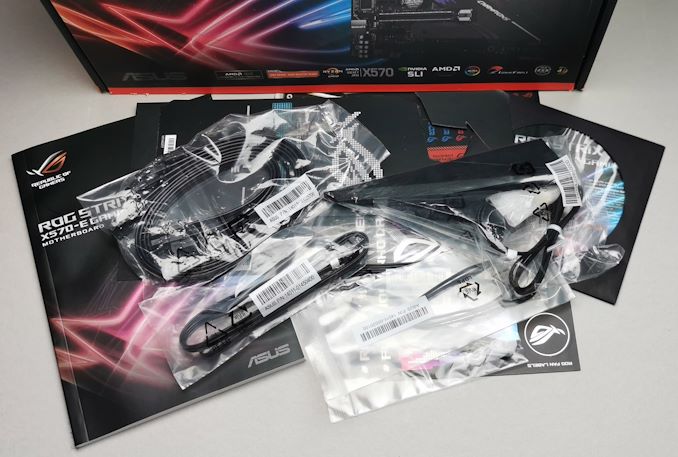 Accompanying the ASUS ROG Strix X570-E within the packaging is a variety of accessories. The most notable of these include four SATA cables, an Intel AX200 Wi-Fi 6 antenna, two RGB extension cables, a Strix branded door hanger, and a small ROG Strix sticker sheet.