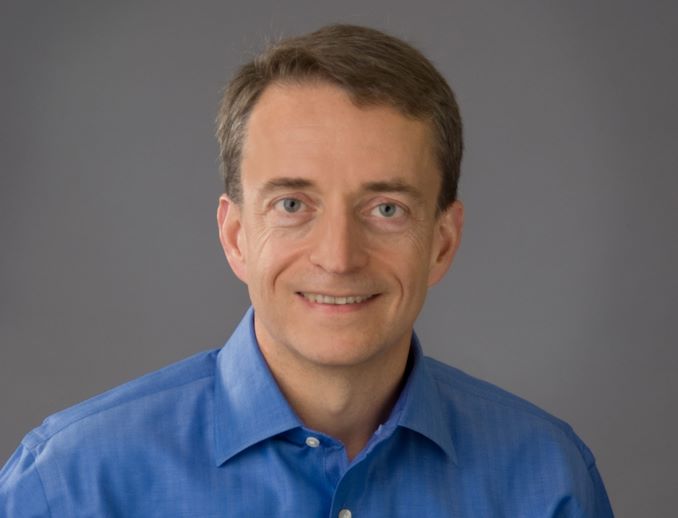 News is breaking that Intel has announced that Pat Gelsinger, CEO of VMWare, is to take the role of CEO at Intel from February 15th.

Intel today has released a press statement saying that current CEO Bob Swan (who we interviewed only a few days ago!) is to step down in his role, and be succeeded by Pat Gelsinger. Gelsinger, a veteran of the industry, has spent over 40 years at companies such as VMWare, EMC, and spent 30 years previously at Intel, reaching the potisition of Chief Technology Officer. In that role he drove creation of standards such as USB, Wi-Fi, he was the architect of the 80486, and played key roles in 14 generations of Intel Core and Xeon processors. As CEO of VMWare since 2012, Pat has overseen a tripling of annualized revenue to make VMWare a recognized global leader in global infrastructure and cyber security.

Rumors of Intel getting a new CEO have never died down, even since Bob Swan officially took the role from Brian Krzanich in January 2019. Through those two years, Swan has seen successive YoY growth in the companies revenue streams, as well as a turnover of high-profile technical personnel, such as Dr. Murthy Renduchintala. The goal has seemingly been to push Intel into more areas for TAM growth, while at the same time push through the fundamental issues surrounding the delays to manufacturing on the 10nm node, which has been delayed for a couple of years at this point, and the 7nm node, to which delays were announced more recently. The missing piece of the puzzle has been having an engineer at the top of Intel's food chain, particularly one well versed in Intel's product portfolio, and for those that wanted this to happen, it appears to be so, from February 15th.

Bob Swan will still head the Intel financial call on January 21st, where the company is set to announce how it will approach its future process node strategy, namely 7nm, in light of recent delays. This call should indicate how much Intel is set to invest in its own manufacturing facilities, and how much it may offload to third party foundries during that timeframe. During our interview with Bob Swan, he mentioned that Intel would only work with third party foundries if it could get preferential treatment for the volumes it needed, as well as integration with all related design tools. Swan also stated that licensing a process node technology from someone else for use in Intel's fabs was also an option the company could be considering.  No word has been given as to Bob's future, if this is retirement from Intel, or what future role he may play.

On the new CEO news, the chairman of the board at Intel, Omar Ishrak, has said,

“The board and I deeply appreciate Bob Swan for his leadership and significant contributions through this period of transformation for Intel,” continued Ishrak. “Under his leadership, Intel has made significant progress on its strategy to transform into a multi-architecture XPU company to capitalize on market shifts and extend Intel’s reach into fast-growing markets. Bob has also been instrumental in reenergizing the company’s culture to drive better execution of our product and innovation roadmap. He leaves Intel in a strong strategic and financial position, and we thank him for his ongoing guidance as he works with Pat to ensure the leadership transition is seamless.”

On the announcement, Pat Gelsigner has said,

“I am thrilled to rejoin and lead Intel forward at this important time for the company, our industry and our nation,” said Gelsinger. “Having begun my career at Intel and learned at the feet of Grove, Noyce and Moore, it’s my privilege and honor to return in this leadership capacity. I have tremendous regard for the company’s rich history and powerful technologies that have created the world’s digital infrastructure. I believe Intel has significant potential to continue to reshape the future of technology and look forward to working with the incredibly talented global Intel team to accelerate innovation and create value for our customers and shareholders.”

It is unclear at this time if Gelsinger will be a voice on the financial call on January 21st. $INTC is already up +9% on the news of the new CEO today (as of 9:54am ET). 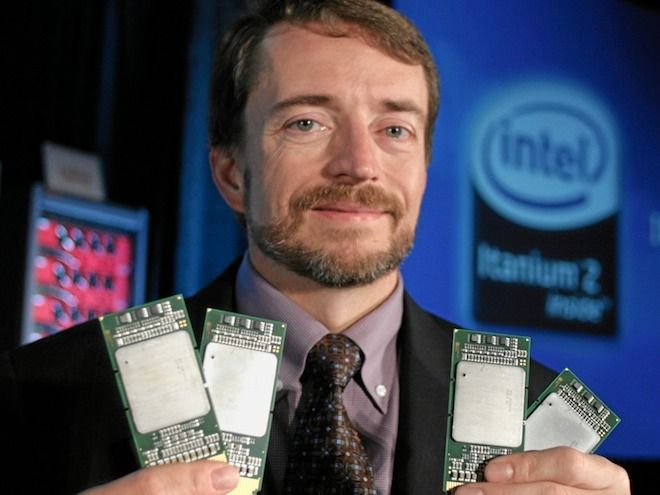 Pat Gelsinger in his CTO role, with Intel Itanium 2

Update: Gelsinger has released a note to Intel employees. It reads as follows.

I am thrilled and humbled to be returning to Intel as CEO. I was 18 years old when I joined Intel, fresh out of the Lincoln Technical Institute. Over the next 30 years of my tenure at Intel, I had the honor to be mentored at the feet of Grove, Noyce and Moore. Intel then helped me continue my education at Santa Clara University and Stanford University. The company also gave me the opportunity to work on the forefront of silicon innovation with the best and brightest talent in the industry.
My experience at Intel has shaped my entire career, and I am forever grateful to this company. To come back “home” to Intel in the role of CEO during what is such a critical time for innovation, as we see the digitization of everything accelerating, will be the greatest honor of my career.
I have tremendous regard for the company’s rich history and the powerful technologies created here that have transformed, and continue to transform, the world’s digital infrastructure. We have incredible talent and remarkable technical expertise that is the envy of the industry.
I look forward to working with all of you to continue to shape the future of technology. While Intel’s history is rich, the transformation from a CPU to multi-architecture XPU company is exciting and our opportunity as a world-leading semiconductor manufacturer is greater than it’s ever been. I will be sharing more in the near-term about my vision and strategy for Intel, but I know we can continue to accelerate innovation, strengthen our core business and create value for our shareholders, customers and employees.
I want to extend my gratitude to Bob for his leadership and significant contributions to Intel through this critical period of transformation. I welcome his counsel and ongoing guidance through the transition period to make it as seamless as possible for our customers and all of you.
I’m sure you will have many questions about what is to come, and I look forward to hearing them, even if I won’t have all the answers on day one. I can’t wait to resume this journey with all of you.
– Pat