Today Samsung Display Company (SDC) is announcing the introduction and mass production of a new generation of OLED panel called “Eco²OLED”. While the news here is rather short, it’s actually a massive technically undertaking and shift from past generation OLED panel technologies, as the new panel type is making due without the classical polarizer layer in-between the actual panel and cover glass.

In a traditional OLED panel, the actual panel itself is of a copper colour, which of course doesn’t work very well for displaying black. To create a reflective black, displays use polariser layers which block light from entering and reflecting off the display, only allowing light generated by the display itself to go through the glass. 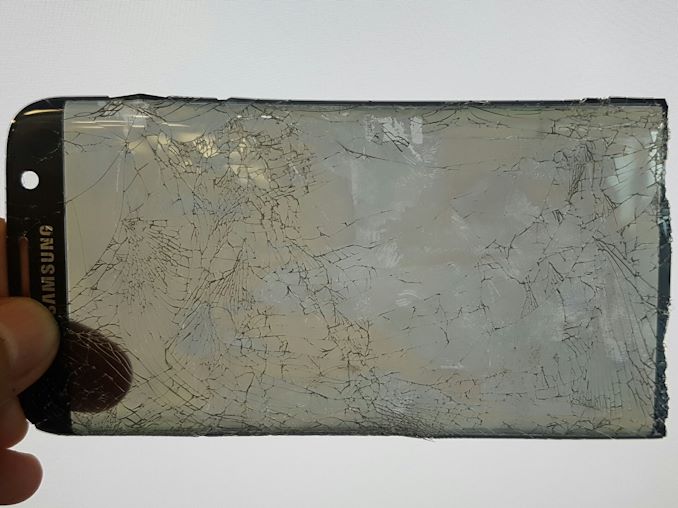 The problem with such layers is that they are of a reduced transmittance, and the polarizer itself is eating some of the light emitted by the panel. The above picture for example is the cover glass and polarizer of an old Galaxy S7, which appears notably darker than the lit background. 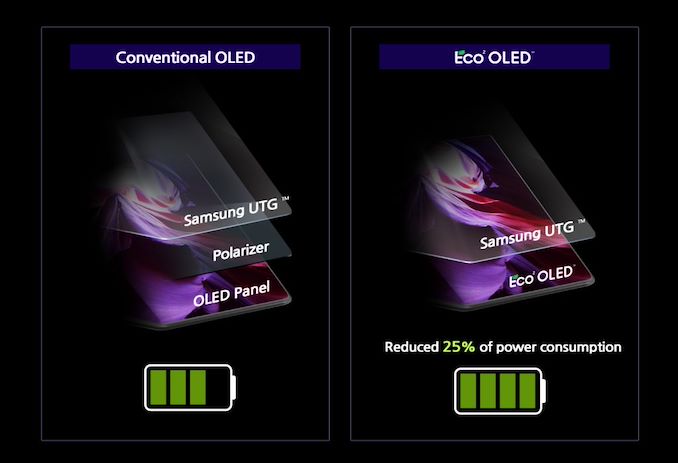 Samsung is explaining that they’ve managed to get rid of this polarizing layer, and are able to have non-reflective OLED panels which display as black. This is a major change in the display stack, and Samsung is quoting that they’re able to improve transmittance by a massive 33%, meaning 33% brighter screens, or at the same brightness, reduce power consumption by 25%.

These figures are massive, and should represent one of the largest jumps in power efficiency in OLEDs since their inception.

Samsung Display states that the Eco²OLED is already being used in Samsung Mobile’s Galaxy Z Fold3, meaning this should be the first phone to be able to take advantage of the technology. Along with this year’s widespread adoption of LTPO panels which massively improved power efficiency, this could signal a new large jump in smartphone power efficiency and help improve battery life of devices adopting the technology.