The new Chromebook, like its predecessors, is a completely plastic device. At $249 you're not going to get any tales of exotic materials or fancy new manufacturing processes. That being said, the Chromebook looks really good. For years, value notebooks have been equated with glossy, horribly styled pieces of junk. Samsung used a matte finish and styled the new Chromebook to look very similar to a lot of the current crop of Ultrabooks and Apple's MacBook Air. The result is a notebook that doesn't really look cheap, although I will add that in person the Chromebook doesn't look anywhere near as good as it does in Google's photos. 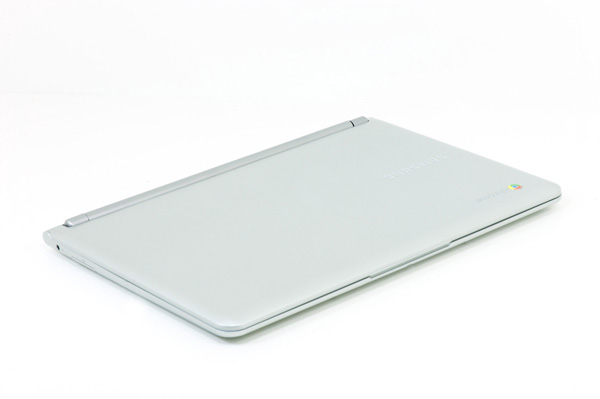 There's not much that can be done about the feel of the Chromebook however. It is made of and feels like plain old, hard plastic. I'm sure Vivek could go into tons of detail on the molecular composition of what Samsung used here, but the bottom line is it feels like what you'd expect a $249 notebook to feel like.

Despite material choice however, the device never gave me any indication that it would age particularly poorly. The typing surface is made of a single piece of plastic, with the bottom cover being the piece that's removable to gain access to the internals. I didn't encounter any creaks of squeaks while using the machine. The chassis felt fairly rigid. The display hinge is ok in my opinion, not overly confidence inspiring but not a clear issue. 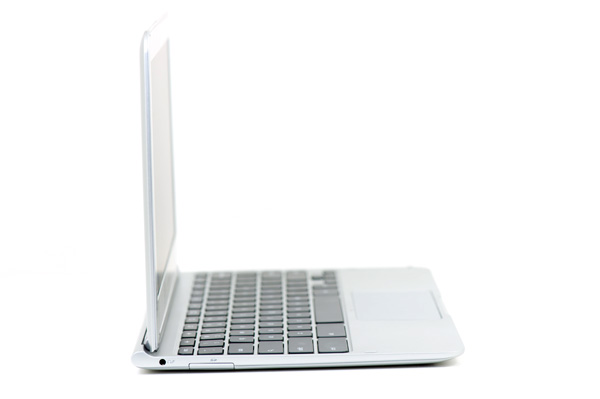 The new Chromebook is remarkably thin and light. With an 11.6-inch display the new Chromebook weighs 2.42 lbs and is 0.7-inches thin. To deal with the thinner profile, Samsung moved most of the IO ports to the rear of the machine. You'll find two USB ports (1 x USB 3.0, 1 x USB 2.0), HDMI out, DC input for power/charging, charge indicator (orange for charging, green for charged) and a little door hiding what looks to be a micro SIM card slot. The latter is unused on the $249 Chromebook, there's literally nothing behind the slot so if you manage to stick anything in there you'll have to open up the Chromebook to get it back. 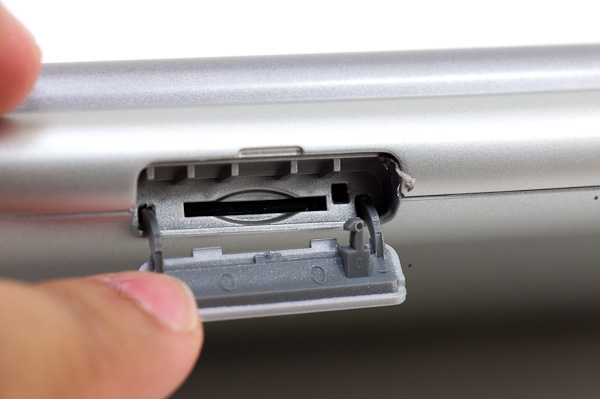 Around the left of the machine is a mic/headset combo port and an SD card reader. The SD card reader works quite well. Pop in an SD card and a window will appear with its contents. There's even a simple image browser.

There's no longer a physical switch to boot the Chromebook into recovery mode, instead you hold down the escape and refresh keys when powering on the machine. Then, once you hit the warning screen just hit ctrl + D to enter developer mode. Remember that the first boot into developer mode will wipe all user data stored on the internal NAND to avoid someone using this trick to get access to your files. 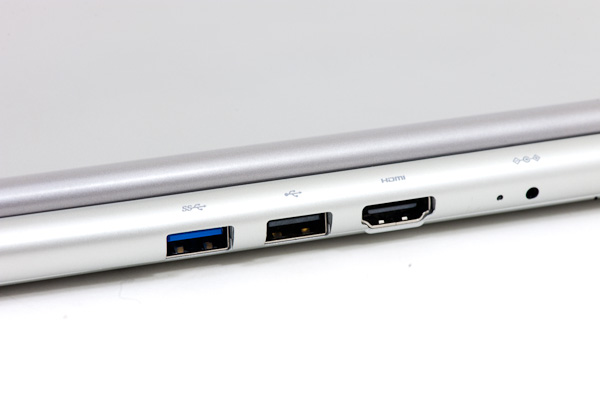 The USB 3.0 port is a bit useless on the new Chromebook. I dusted off my trusty Zalman SLC NAND USB 3.0 drive, capable of delivering more than 80MB/s and copied a 2.8GB file to the internal NAND. I timed the process and came away with an average transfer rate of around 12.7MB/s - well within the realm of USB 2.0 performance. Given the Exynos 5 Dual SoC features an integrated USB 3.0 controller, it's possible Samsung just wanted to take advantage of the feature and perhaps test its implementation. It's a nice checkbox feature but it does nothing for the end user as far as I can tell. 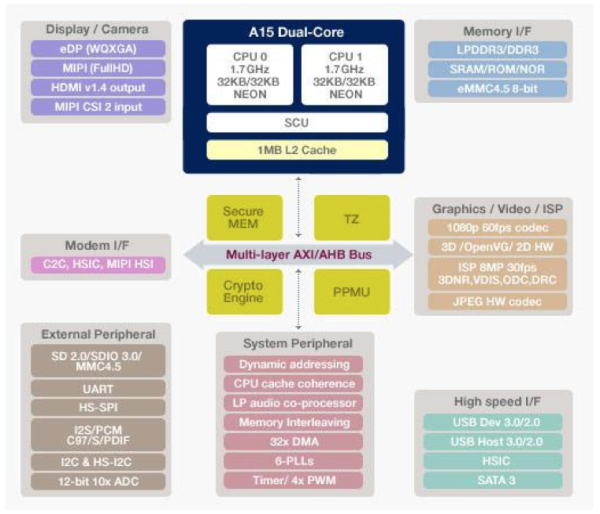 The HDMI output is also a bit hit or miss. Plugging the Chromebook into a relatively modern (~2 year old) Samsung LED backlit LCD HTDV caused the Chromebook to reboot itself. I had better luck by starting with the machine off then plugging in the HDMI cable, which at least gave me the Chrome logo on the TV but then quickly got into a mode where it kept alternating between sending 720p and 1080p signals to the TV, neither of which would go any further than a black screen. Moving my pointer around on the Chromebook itself just gave me a bunch of random visual artifacts (flashing black blocks in the lower quarter of the screen). I don't doubt that the HDMI output will work for some, but don't expect a whole lot of work to be put into compatibility testing there. 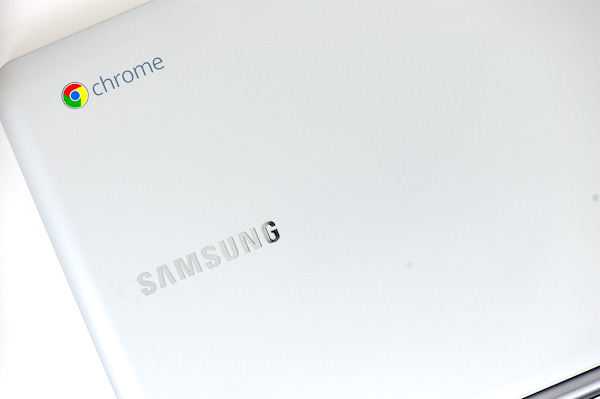 The speakers on the new Chromebook are surprisingly good for such a low cost notebook. WiFi is also not bad, with both 2.4GHz and 5GHz 802.11n support. The biggest take away here is that Google and Samsung deliver build quality and some of the chassis features of a value PC notebook for nearly half the price.