We initially covered Corsair’s preview of their Cherry MX RGB project at CES, but today Corsair is formally announcing their Cherry MX RGB range: two mechanical keyboards and a mouse.  All three bring customization in the form of 16.8 billion colors, and will be coming to market in the late July to August timeframe.

They keyboards are modified versions of the K95 and K70, both offering per-key lighting.  The K95 is fully equipped with 18 macro keys with presets for 108 different combinations as well as 100% anti-ghost, full key rollover and a 1000 Hz reporting rate.  The construction of the keyboard is in aircraft-grade black anodized aluminium, and Corsair offers a 2 year warranty.  MSRP is set at $190 and the K95 will be available in red switches only. 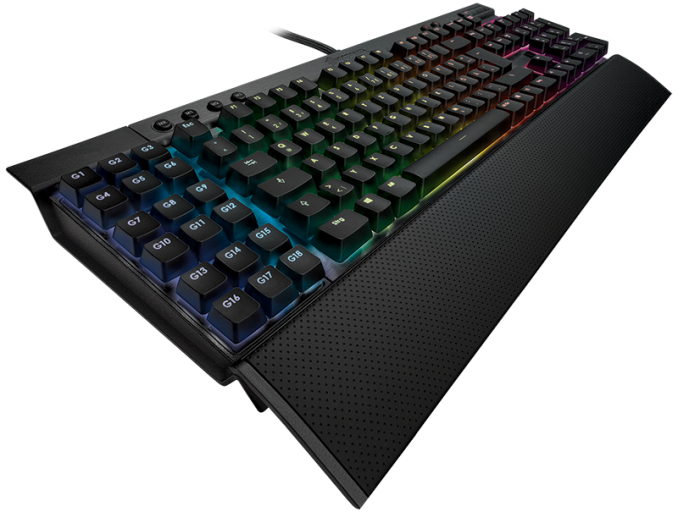 The K70, one of the most popular mechanical keyboards on the market, follows the design of the K95 without the macro keys but will also be available in red, blue and brown mechanical key switches.  The MX Red version will be available first in late July, with Blue and Brown coming in late August.  MSRP for this non-macro version will be $170, with a similar 2-year warranty. 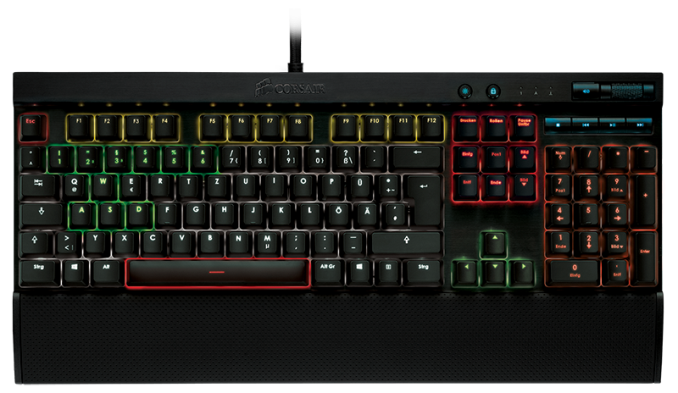 In the RGB lineup it makes sense to include a mouse, and Corsair has fitted its M65 with tri-zone RGB lighting for a full 16.8 million color customization.  The aluminium unibody shell uses an 8200 DPI laser sensor with an adjustable weight system for personal preference and play style.  The mouse also has eight programmable buttons as well as a dedicated sniper button.  On the fly DPI switching is also possible.  The M65 RGB will be available late August at an MSRP of $70. 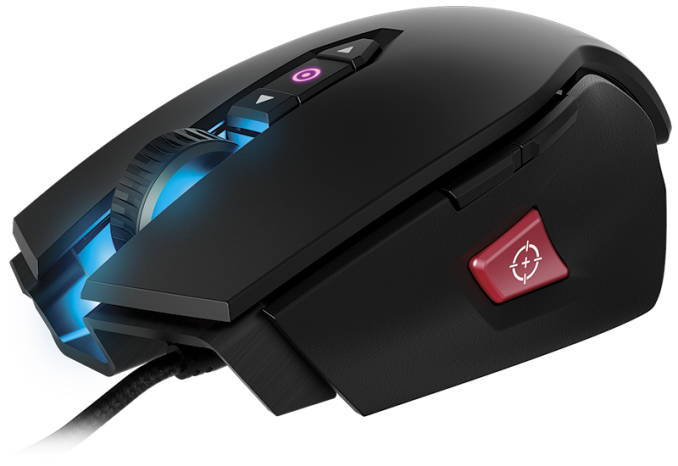