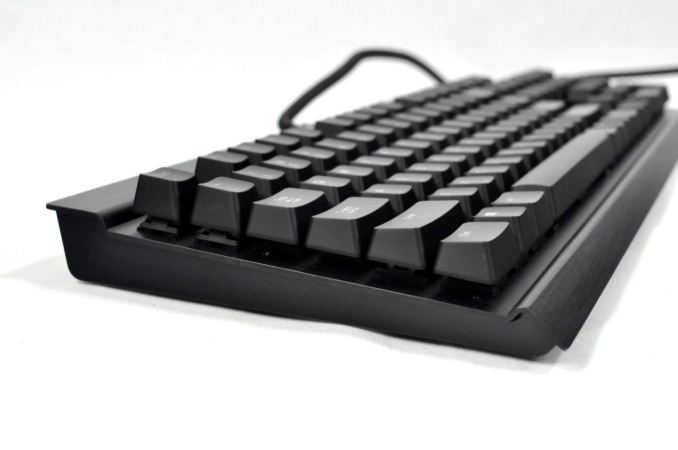 Today we will be having a look at the Vengeance K70 from Corsair, a full size keyboard designed for gaming. It is an upgrade of the popular Vengeance K60 and it is remains strikingly similar visually; however, aside from the various upgrades that we will discuss in this review, Corsair also offers the K70 in various color and switch combinations. In this review we will be looking at the black US layout version of the Vengeance K70, which features red backlighting and comes in three switch types (red, blue or brown), as well as in various layouts. Corsair recently launched the RGB LED backlit model at Computex, but that was not available when we started this review. 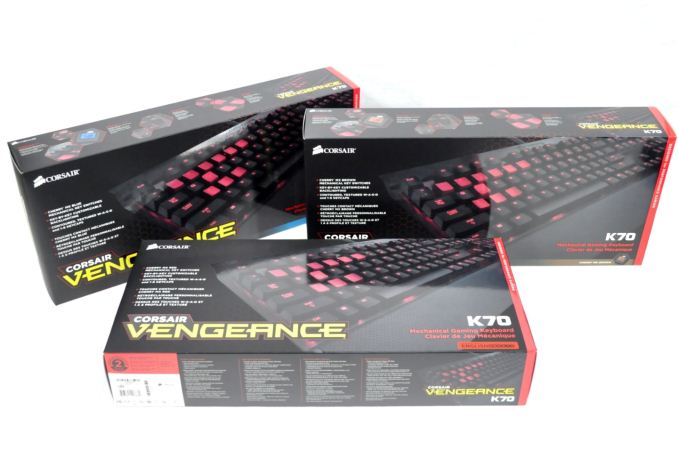 The first upgrade over the Vengeance K60 can be found in the bundled items. With the Vengeance K70, Corsair supplies a set of ten textured red keys (1-6, W, A, S, D—the standard gaming keys for FPS games) and a full-size wrist rest, where the older K60 only came with a small 5" wide wrist rest for your left hand while gaming. 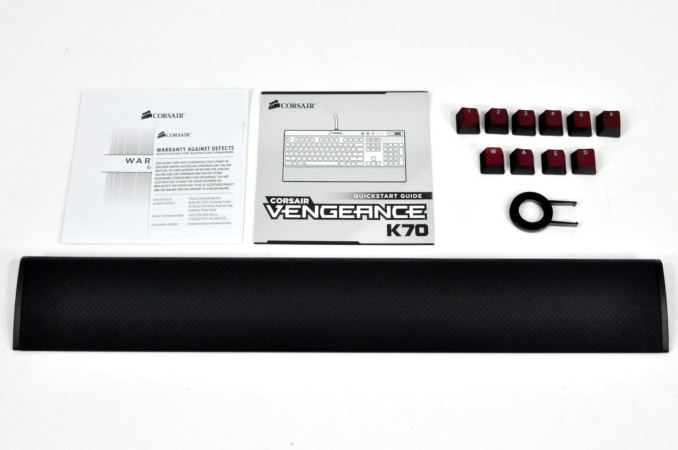 Corsair supplied us with the three black US layout versions they produce, each featuring a different Cherry MX switch. The three keyboards are aesthetically the same and no one will be able to tell the difference between them before a keycap is removed. Once a keycap is removed or an experienced user presses a key, the difference between the Blue, Brown and Red switches become apparent. Corsair, at least for the time being, does not offer the Vengeance K70 with Cherry MX Black, Green or other switches. 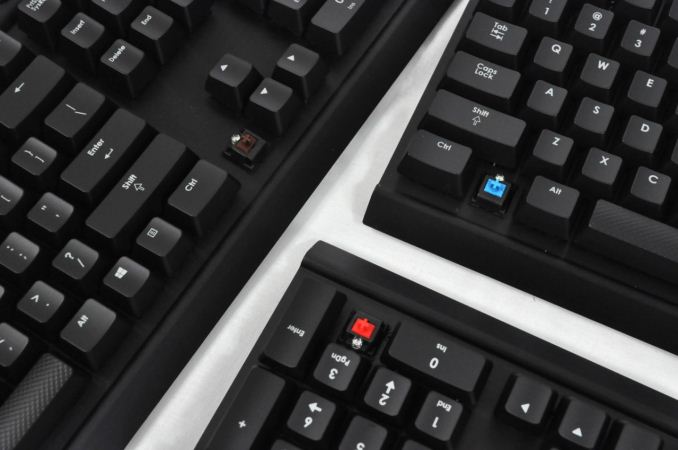 Visually, the Vengeance K70 stands out from the crowd by following the same design that made the Vengeance K60/K90 popular. The keyboard is built on a brushed aluminum chassis, with the keys levitating over it rather than being embedded into it. Aesthetics are a subjective matter and some people like this design while others hate it. From a practical point of view however, this design is extremely helpful to those that like to keep their keyboards clean, as a simple blow can remove all debris from the surface of the keyboard. A primary aesthetic flaw however is the black company logo at the middle top part of the chassis. Although the logo looks very good on a silver keyboard, I feel it was a poor choice to keep the same logo on the black version of the Vengeance K70. A less important flaw are the screws that keep the motherboard together; most of them are behind keys and invisible, but a few are at places that are somewhat noticeable, such as beneath the Esc key. 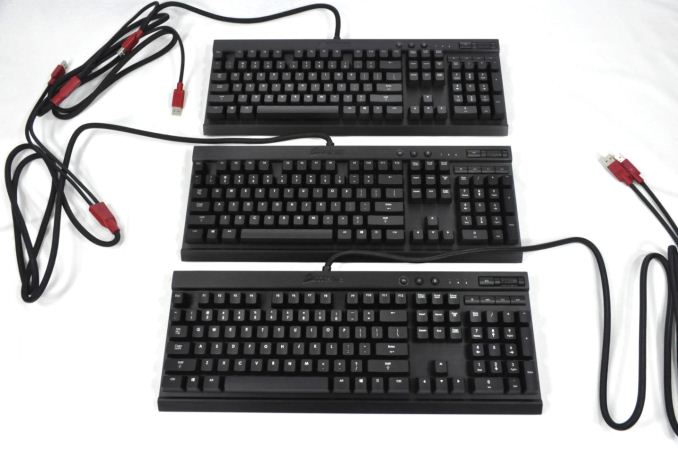 Corsair installed multimedia control buttons and a volume knob at the upper right side of the keyboard. There are four keys for playback control (Play/Pause, Stop, Forward and Back) and a volume mute key next to the metallic volume knob. Three smaller keys can be found towards the top center of the Vengeance K70; one that controls the lighting, one that switches the backlight into the "gaming" mode, and one that renders the Windows keys inactive. Between these and the multimedia keys, there are three tiny white LED lights serving as the three standard key lock indicators (Caps Lock, Num Lock, Scroll Lock). 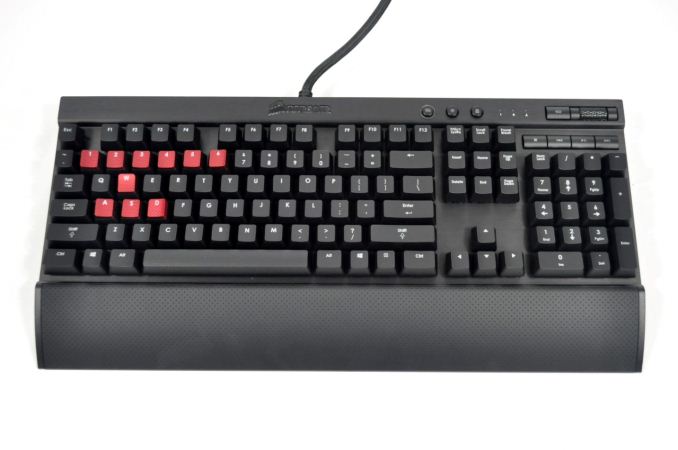 Although the installation of the textured red keys gives the Vengeance K70 a nice, aggressive gaming appearance, we found that these keys are more than just useless to any user that will not play a game using these specific keys. The keys are contoured, which gives them a nice feeling while gaming, but they feel terrible when doing anything else, especially typing. Therefore, unless you are planning to use the keyboard exclusively for playing games that are making use of these exact keys, replacing them each time you want to play a game feels like too much of a hassle.

Corsair installed a single USB 2.0 port at the top back side of the Vengeance K70. Right next to the USB port there is a switch that allows the user to change the polling rate. This function is not needed for any modern system but it increases the keyboard's compatibility with older motherboards and cheap KVM switches, which cannot operate properly when the polling rate is too high. The default polling rate of the Vengeance K70 is 1 ms (or 1 kHz). Beneath the keyboard are four feet for height adjustment, two at the rear and two at the front of the keyboard. Although stands at the rear of the keyboard are quite common, very few designs have the ability to adjust the tilt at the front.