Starting things off, our performance consistency test explores the extent to which a drive can reliably sustain performance during a long-duration random write test. Specifications for consumer drives typically list peak performance numbers only attainable in ideal conditions. The performance in a worst-case scenario can be drastically different as over the course of a long test drives can run out of spare area, have to start performing garbage collection, and sometimes even reach power or thermal limits. 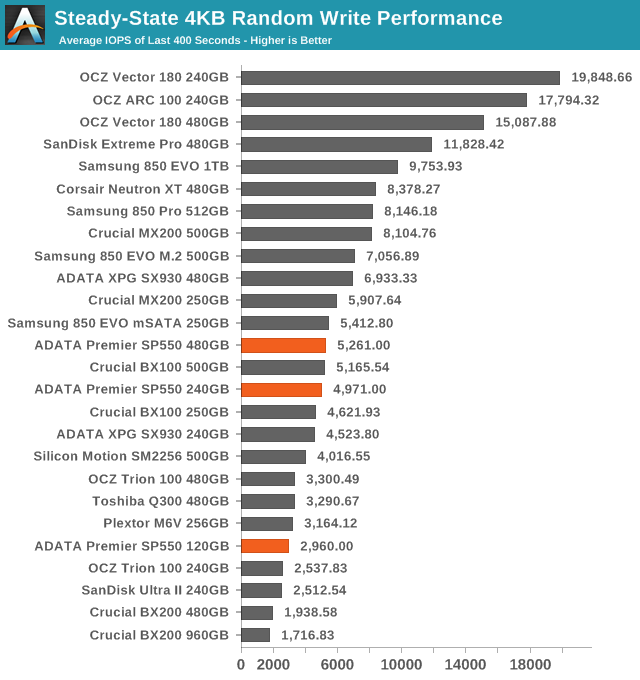 For its capacity, the SP550 maintains a higher average random write speed than most low-end drives and even manages to beat some MLC drives, including a narrow advantage over the SM2246EN-based Crucial BX100. This is significant as the only major change between the SM2246EN and the SM2256 was the addition of LDPC error correction, so the firmware on the SP550 is achieving better performance with slower flash on a controller that is basically the same where this benchmark is concerned. 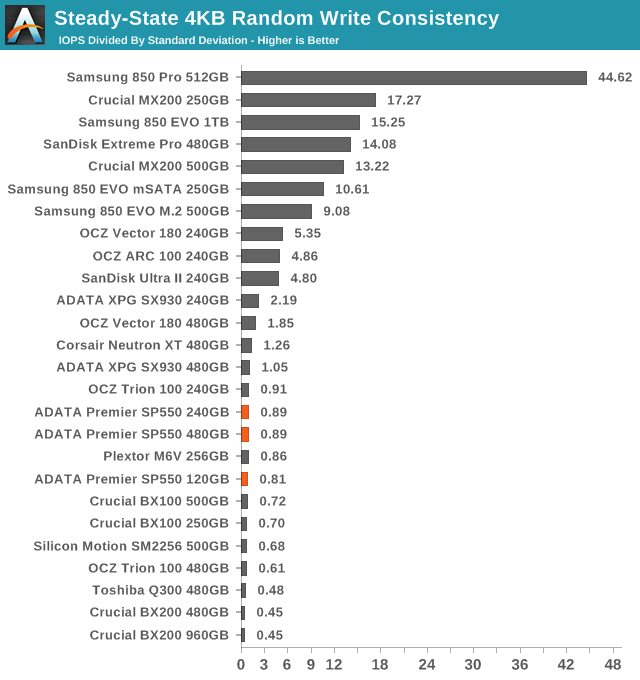 The SM2256 is a budget-oriented controller based around a single-core processor. This makes it extremely difficult to completely eliminate pauses or periods of greatly reduced performance during garbage collection. The SP550 is hardly alone in this, and its consistency scores are typical for its market segment.

Upon reaching steady state, the SP550 shows a clear baseline of performance plus some random variation that is capped at the average IOPS attained before the spare area was exhausted. At the higher capacities a much higher share of the writes are completed at full speed and the distribution becomes mostly bimodal.

Looking more closely at the steady state, we can see that the garbage collection cycles take longer on the higher capacity drives, though not as long as on the Toshiba Q300. Neither the baseline performance nor the peak performance is strongly dependent on capacity.