Tabs For All Windows

Sometimes the best features in a software update are the small additions that end up having a large impact on how you use a device. I think the inclusion of universal tabs on macOS is a great example of this. Everyone who has used a computer should be familar with tabs, as they're a common style of interface for applications that work with many pages or documents that follow the same sort of format. Excel is a great example of a tabbed application that works with many documents of the same type, while web browsers are an example of applications that use tabs to avoid creating a great number of windows that would all have the same interface but with a different internal content pane. 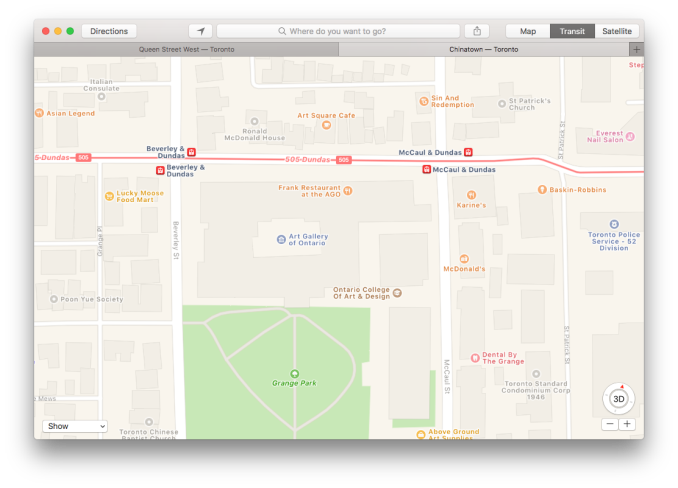 While tabs are certainly useful, there are many applications that allow you to open multiple windows but do not allow you to organize those windows as tabs. With macOS Sierra Apple has implemented a system-level tab manager that works across essentially all applications. The only requirement is really that the application uses macOS's standard window chrome so the tab bar can be easily integrated into the application. 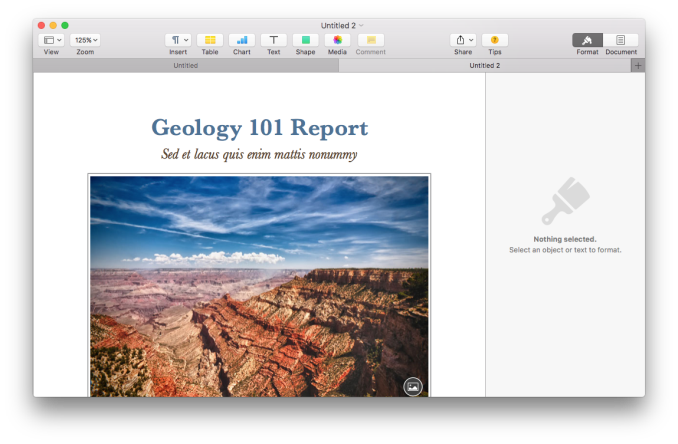 As you can see, the implementation fits in quite well alongside apps that already supported tabs such as Safari and Finder. A rule of thumb is that if an application supports multiple windows, it will now support tabs under macOS Sierra. For applications that work like a browser such as Safari and Apple Maps, using the standard cmd+t shortcut will create a new tab. For other apps like pages where that shortcut has likely been taken, cmd+opt+n opens a new tab, which complements the cmd+n shortcut to open a new window. When in full screen mode cmd+n is overridden to create a new tab, as you can't open a new window in full screen.

I've had some issues with the cmd+opt+n shortcut not working correctly in applications like Pages, which is likely due to Sierra's state as a very early beta. I was able to show tabs working in Pages by using the command in the View menu to make the tab bar render and hitting the button to open a new tab, and the issues with the implementation will hopefully be sorted out by the time Sierra comes into its public beta phase.

Picture in Picture or PiP mode is available on iPads as of iOS 9. It allows an application that displays videos to continue playing the video in a floating window even after the user has left the application and gone to another app or the home screen. On the iPad the usefulness of this feature cannot be overstated, as it allows you to continue watching a video while also interacting with two completely different applications in split-screen mode. With macOS Sierra PiP is now available as well, and it works in the same manner as it does on iOS. 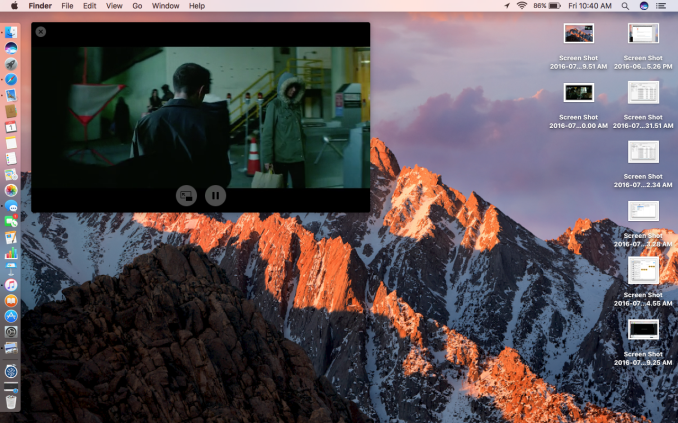 Since macOS has windows, Picture in Picture isn't as necessary as it is on the iPad where applications generally take up the entire screen. For example, it's helpful that an iOS video application implements PiP so you can keep watching even if you have to switch to another app, but on macOS that doesn't really matter because your video app has its own window anyway. Where it does come in handy is popping videos out of Safari and displaying them in a floating window while you use other applications or browse other websites.

Like the iPad, the PiP window on macOS snaps itself to one of the four corners of the display and sits atop other applications so it cannot be obstructed. It can be resized to a degree, with the max size being about one quarter of the screen on this 13" MacBook Pro. Out of the box it works with any website that uses the standard Safari HTML5 video player. Unfortunately, sites like YouTube that use their own custom player have to integrate the functionality themselves, but Apple has noted that ESPN and Vimeo have actually done the work to implement this already and you can see an example of that above. iTunes will support PiP when Sierra is officially released, but for now there aren't really any desktop applications that it can be used with, although as I said before, PiP isn't as necessary for video players on macOS as it is on iOS.