The SilverStone Argon AR07 is a single tower cooler, with three copper heatpipes transferring the thermal energy from the small base to the large rectangular fin array. It is 163 mm (6.42”) tall, meaning it requires a rather wide case to fit. Although the SilverStone Argon AR07 initially appears to be a simple tower cooler, its design is actually not as straightforward as most people would expect from of product at this price range. 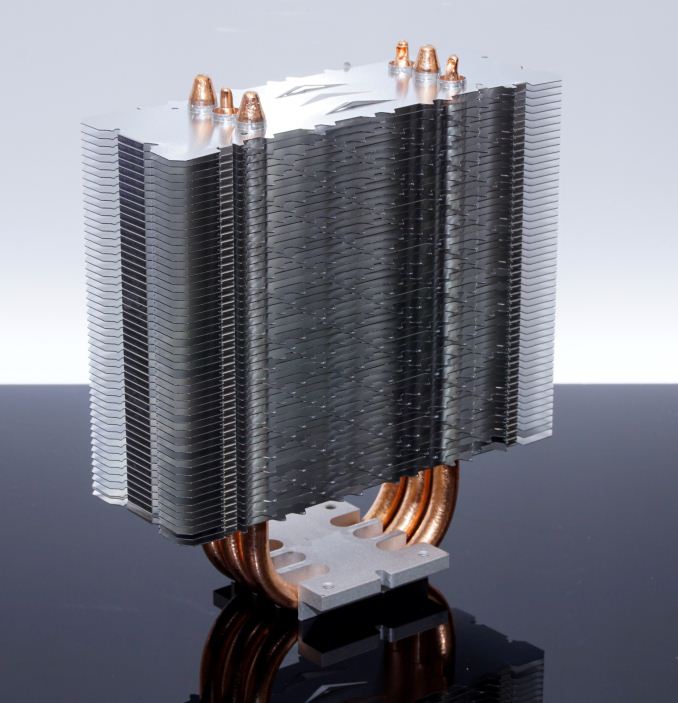 A close inspection of the cooler reveals a complex and uneven “saw tooth” fin cutout. SilverStone calls this the “interweaving diamond edge” pattern and claims that it improves performance, although they do not explain exactly how that is being achieved. The top fin has airflow direction cutouts, meaning that the cooler will perform optimally only if the airflow is directed as the arrows indicate. 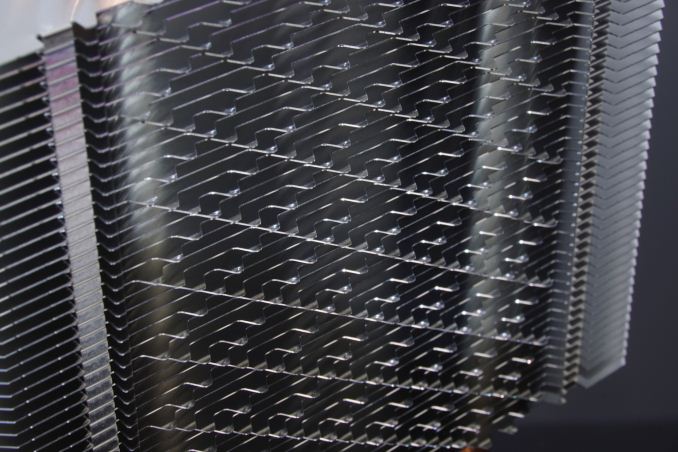 Turning the cooler upside down reveals that this is a direct heatpipe contact design, much like the Thermalright True Spirit 140 Direct that we recently reviewed. The core design difference between the two coolers is that the Argon AR07 only has three 8 mm heatpipes, which are not adequate to cover the entire surface of a modern CPU. As such, the designer had to cover the gaps by extending the aluminum frame in between the heatpipes. Even though these will be in contact with the CPU, the aluminum part of the base exists only for the mechanical cohesion of the construct and should play virtually no part on the transfer of thermal energy away from the CPU core. 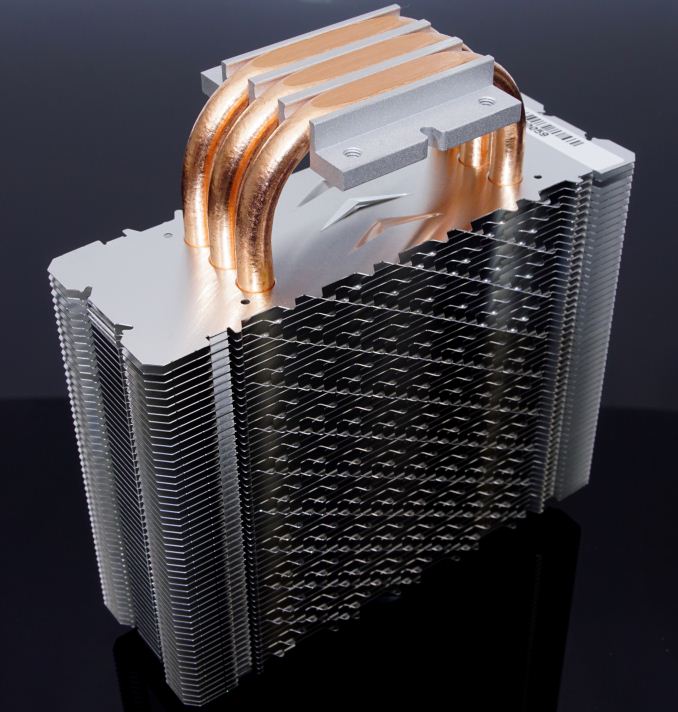 The 140 mm fan with the blue circular frame and the white blades is one of the highlights of the Argon AR07. The fan’s part ID, APA1425M12, refers to a fan that is being used on various SilverStone products, but we could not identify the OEM behind it. Nevertheless, we identified that it is using an enhanced (sealed) sleeve bearing engine. Although sleeve bearings rarely compete with ball bearings in terms of longevity, SilverStone quite possibly opted for the particular designs due to its much lower noise levels. 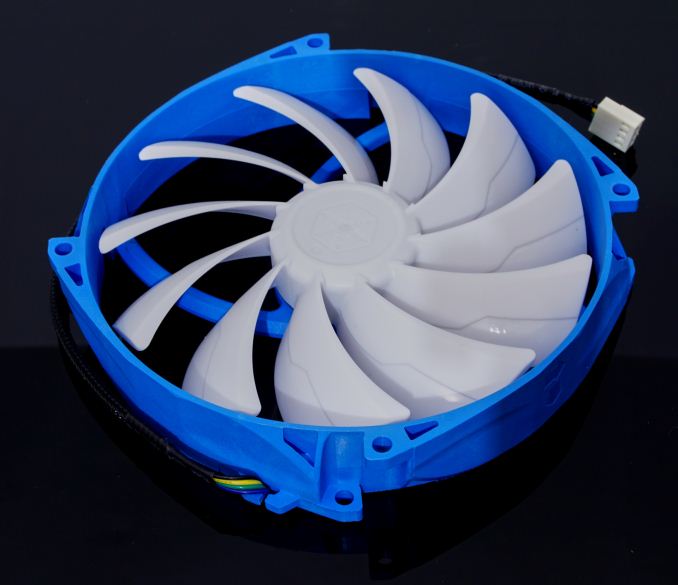 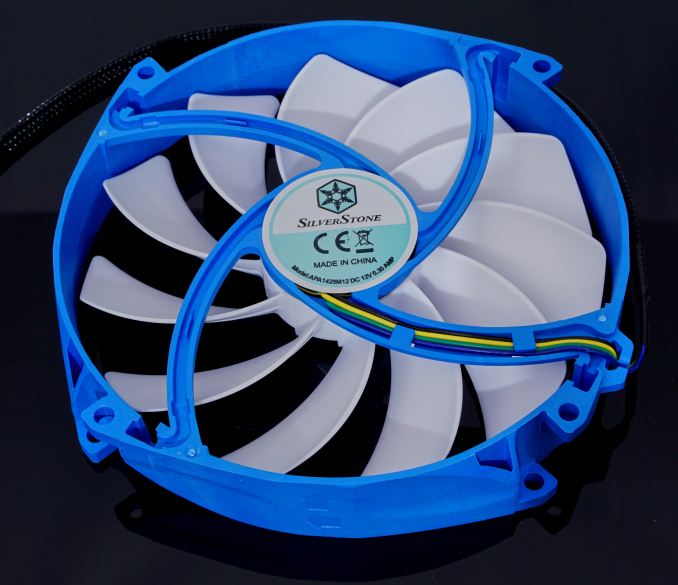 Once mounted on the cooler, the 140 mm fan covers most of the array’s surface, with the exception of the very bottom part of the array. This was probably intended by the designer in order to allow for a portion of the airflow to be directed towards the motherboard’s components. SilverStone includes a second set of wire holders for another 140 mm fan to be mounted on the other side of the cooler, although that would be quite the overkill for this particular product. Note that the fan should not be installed before the cooler, as it will interfere with the installation process. 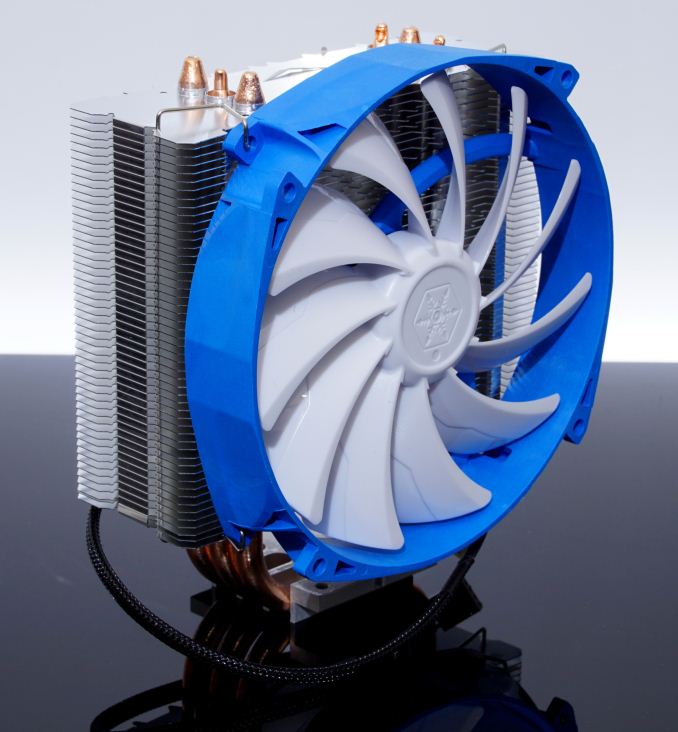 The installation process of the Argon AR07 is straightforward but, due to the size of the cooler, it may be difficult to complete with the motherboard installed inside a case. The first step of the process is to affix the backplate on the motherboard using the four nuts with the threaded stems. 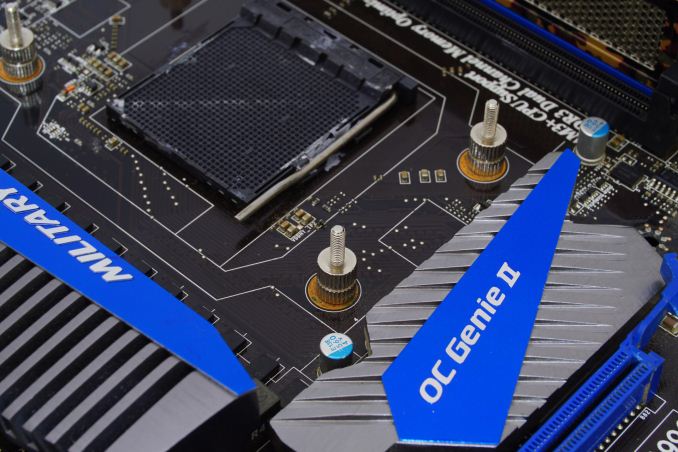 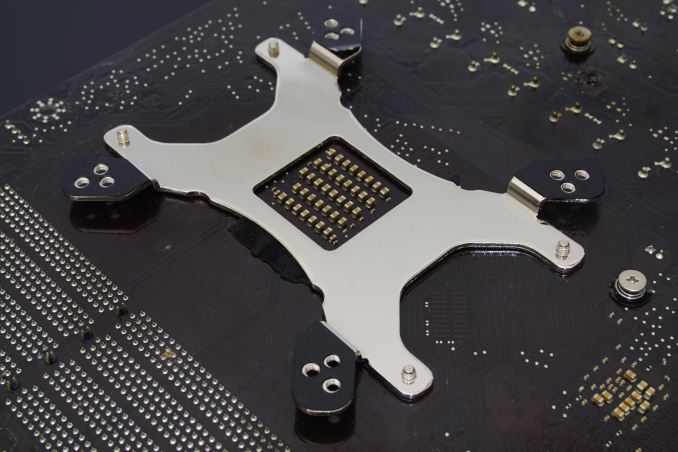 The second step is to install the proper retention frame for your particular CPU onto the base of the cooler using the four provided screws. The AMD AM2/AM3/FM1/FM2 bracket is shown installed in the picture below. 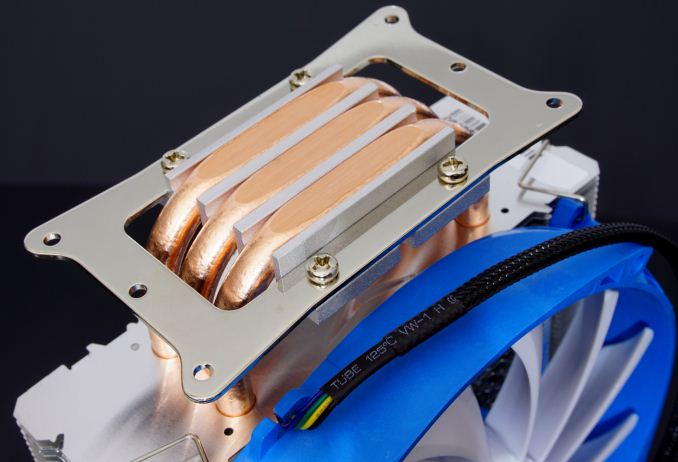 Following the installation of the retention frame and the application of thermal compound on the CPU core, the cooler can be seated on the CPU and the threaded stems should go right through the holes of the retention frame. The cooler is then secured on the CPU by tightening four thumb-driven nuts. This particular step might be a bit difficult to achieve if the motherboard is installed inside a case, as direct hand access to the nuts may be obstructed depending on the position of the CPU socket and the size of the motherboard’s heatsinks. 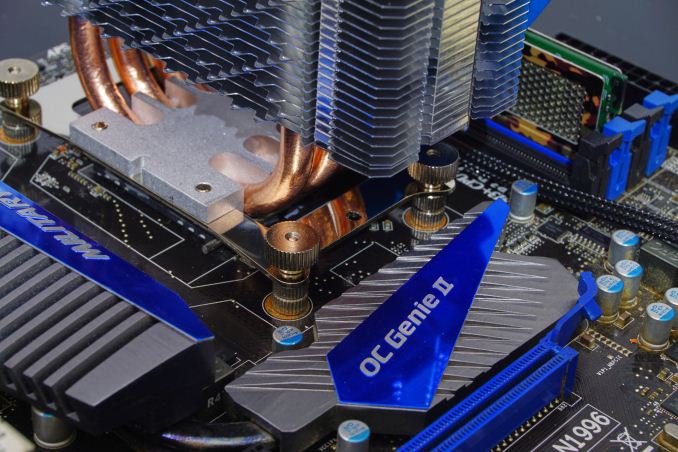 The final step is the installation of the cooling fan using the retention wires. The installation of the vibration absorption silicon strips is optional but recommended for optimal results. Once installed, the Argon AR07 does take a lot of space, but the fan should stop just shy of the first RAM slot. 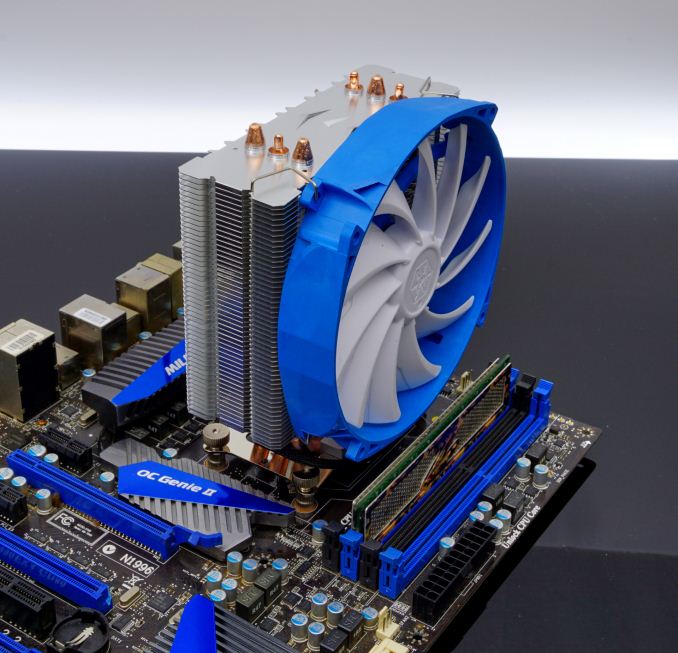