Empty drives are bound to perform very well, but, depending on the location of the data in the drive, we find that access rates can go as low as 112 MBps for sequential workloads. Write access times are a bit unpredictable due to the multi-segmented cache.

Random accesses are never the strong points of hard drives, and we see that the BarraCuda Pro delivers around 70 IOPS for 4K random reads and writes.

Consumers opting for drives such as the 12TB Seagate BarraCuda Pro typically need high-capacity local storage for holding and editing / processing large-sized multimedia files. Prior to taking a look at the real-life benchmarks, we first check what CrystalDiskMark has to report for the drive. 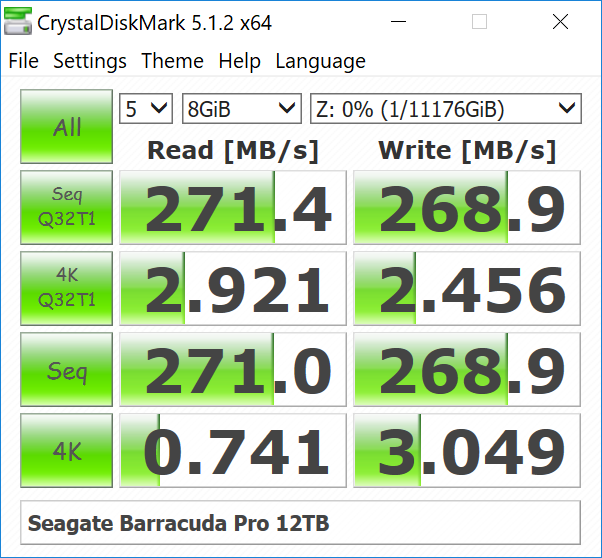 These numbers are consistently around 15 - 20 MBps more than what we obtained for the 10TB drives last year.

While processing our DAS suite, we also recorded the instantaneous transfer rates and temperature of the drive. Compared to typical disk drives, the write transfers show higher instantaneous speeds due to a combination of the firmware and the 256 MB cache inside the drive. However, sustained write rates are comparable to other high-capacity drives when the cache is exhausted. The temperature of the unit at the end of the transfers (more than 250GB of traffic) rose by less than 5C, pointing to the power-efficiency of the platform. 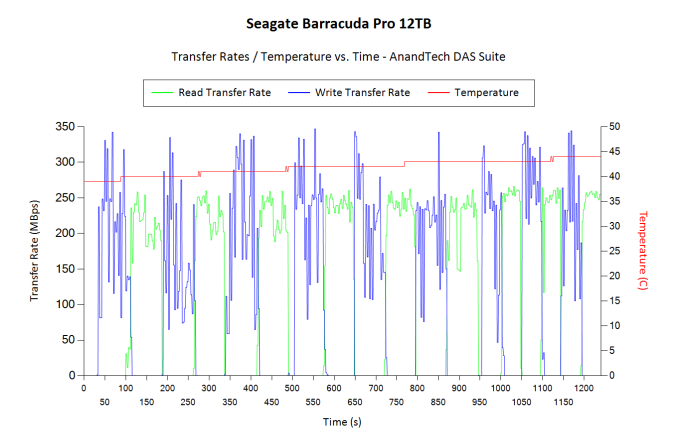 Compared to the results from the 10TB drive last year, we find that the read workloads are slightly worse off, but, the write workloads are much faster.