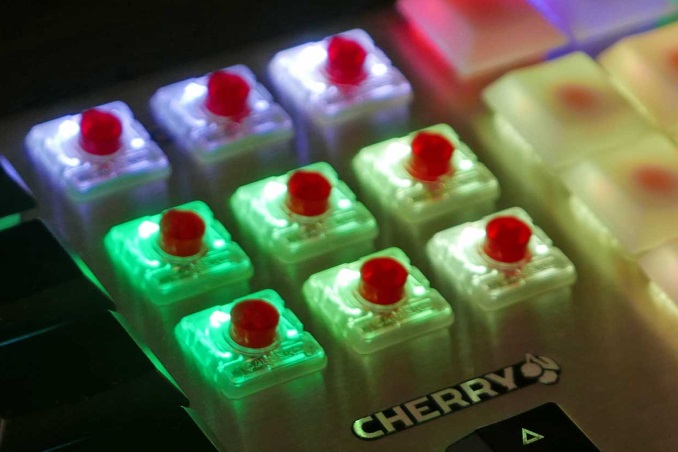 This year, Cherry, one of the leaders in mechanical keyboard switches, and more often than not the ‘go-to’ for enthusiasts, is releasing a new low-profile switch. It is called the Cherry MX Low Profile RGB and it will arrive on the scene in the company’s ‘red’ type switch first.

The switch is targeted at new, thinner keyboards and, potentially, upcoming gaming notebooks. We have already seen other of these types of switches on the market from Kailh and Tesoro, however, they are not optical and not how swappable. Andrew Freedman at Tom’s Guide had a chance for some hands-on time with the prototype and said it felt almost the exact same as a keyboard used at his desk with full-size Cherry Red switches, but with lower travel.

The switch is 11.9mm thick or 35% thinner than the existing 18.5mm MX standard. Cherry mentioned that multiple gaming laptop companies are looking into these new switches. Users wanted lower travel yet the same classic feel which was difficult to produce with, Cherry said. So they went through multiple prototypes for the keys until they got it right.

Though the switches may feel the same, internally, they are not exactly the same. There are a few changes. For example, the signature cross-shaped stem is now surrounded by a cylinder. This makes the switches tougher against water and dust but is not 100% water and dust-proof. To do so, would require a rubber cap, which we are told would affect the feel of the key. The force curve is slightly different as well as the actuation point is a bit lower (by necessity). The keyboard includes RGB backlighting across the keys which include a groove in the switch to allow more light. This is good for gaming laptops which tend to offer a wide variety of colors.

Cherry did not mention when the first keyboards with the switches will hit the market, however, it was showing off its own prototypes as well as early prototype keyboards from Ducky and Vortex.