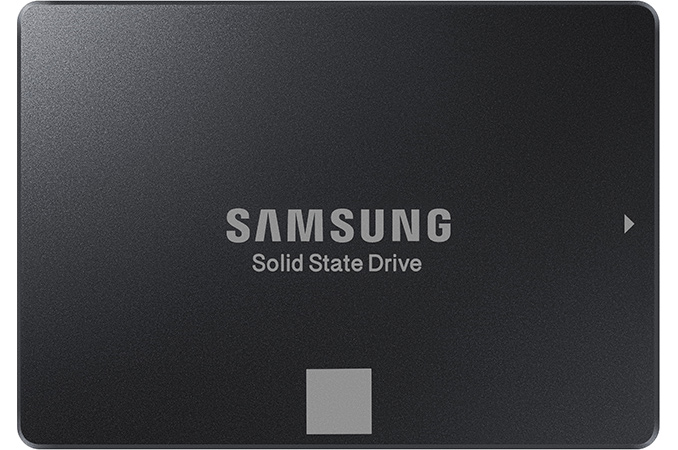 Samsung has introduced its new lineup of datacenter-class SSDs that uses its latest V-NAND flash memory and a SATA interface. The new drives offer up to 7680 GB capacity, consume less power than predecessors including helium-filled hard drives.

The Samsung PM883 SSDs are based on the company’s proprietary controller as well as 64-layer TLC V-NAND memory. The new drives carry 4 TB and 8 TB of raw NAND flash memory to provide 3840 and 7680 GB capacities. Meanwhile, the key feature of the PM883 is not capacity, but very low power consumption when compared to other SSDs: they consume only 2.8 W during read operations and 3.7 W during write operations. To reduce power consumption, the PM883 use several methods: in addition to usage of high-density V-NAND flash memory, they use LPDDR4 DRAM produced using a 10-nm-class process technology. Furthermore, the drives support Power Disable (PWDIS) feature of the SATA 3.3 protocol that enables power management in individual SSDs within a data center. Obviously, to take advantage of the PWDIS, host systems have to support this feature too.

Samsung did not disclose MSRPs of the PM883 drives, but since the SSDs are designed primarily for cloud datacenters, their actual pricing will depend on negotiations with particular clients.

Update 3/21: Samsung said that the PM883 SSDs will be covered by a three-year warranty and therefore rated for about 1.3 DWPD (drive writes per day).