The X370 Gaming-ITX/ac has a wide variety of high-end features including a USB 3.0 Type-C port on the rear panel, a Realtek ALC1220 audio codec, and Intel networking. The primary and only PCIe 3.0 x16 slot operates at its full specification, and the rear mounted PCIe 3.0 x4 M.2 slot doesn’t share bandwidth with anything else on board. The PCIe 3.0 x16 slot is reinforced with what ASRock call Steel Slot to minimize damage to the slot with a heavy graphics card installed.

On paper, the X370 Gaming-ITX/ac looks very strong and has a lot of features you would expect from a mid-range to high-end X370 ATX offering. The only downfall to ITX other than lack of PCB real estate is the lack of physical multi-graphics card support through CrossFire and SLI.

While the X370 Gaming-ITX/ac conforms to the standards for the miniITX form factor (170 x 170mm), the all-black PCB is pretty stacked with circuitry, components and chips. The general theme of the board itself is all centered around gaming, with the red accented power delivery and chipset heatsinks signifying the 'Fatal1ty' branding. One massively neglected feature in comparison to a lot of other boards in the same price range and segment is built in RGB LEDs; the X370 Gaming-ITX/ac has no LED lighting built-in whatsoever, although a single RGB LED header has been included. 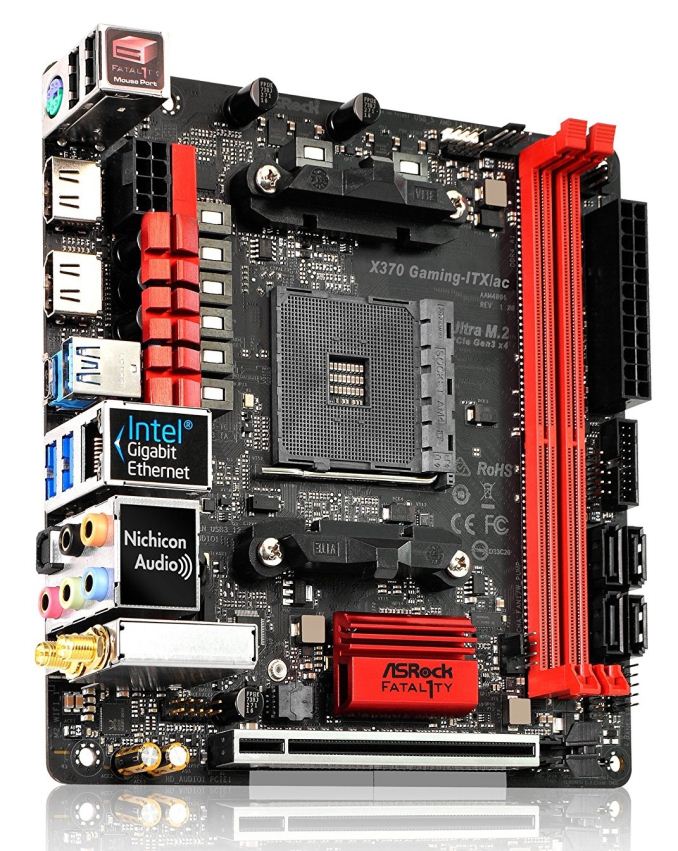 Due to limitations in sizing due to the miniITX form factor, only two DRAM slots have been included, but this very normal for a board considered small form factor. The DRAM slots support up to a maximum of 32GB (2 x 16GB) in capacity, with speeds up to DDR4-3466, which is higher than a lot of other AM4 socket motherboards, mainly due to the latest AGESA firmware updates. 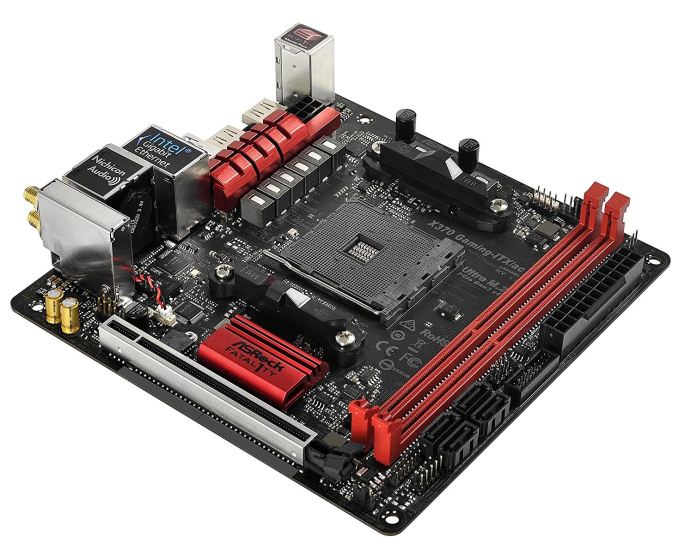 In regards to controllers in addition to the X370 promontory chipset, ASRock has implemented a single Realtek ALC1220 audio codec which is complimented by a pairing of Nichicon gold audio capacitors and also features PCB isolation from the rest of the components and circuitry. The audio inputs associated include six 3.5mm audio jacks supporting up to 7.1 surround sound, with a single S/PDIF optical output. Also featured is the Intel I211AT network controller which is Gigabit compliant and powers the single LAN port on the rear panel. In addition to this, ASRock has included an Intel Wireless AC 2x2 Wi-Fi network card which slots into a specifically created expansion slot on the PCB.

The power delivery on the X370 Gaming-ITX/ac is rather substantial for a Mini-ITX offering in comparison to other AM4 socketed models and a clear emphasis on performance has been put onto this board by ASRock. The power delivery runs in a 6+2 configuration with three CPU phases being doubled up upon giving a total of three Intersil ISL6625A drivers and running a conventional 3+2 design; the two phases allocated for the SoC also feature individual ISL6625A drivers. Controlling the power delivery is a single Intersil ISL95712 PWM regulator and a wave of Sinopower SM7341EHKP MOSFETs can be found under the low-line metallic red heat sink. Finishing off the power delivery is total of eight chokes which is complimentary to the eight phases. Providing power to the CPU is an 8-pin 12V power connector, while a 24-pin ATX power connector is included for the motherboard. 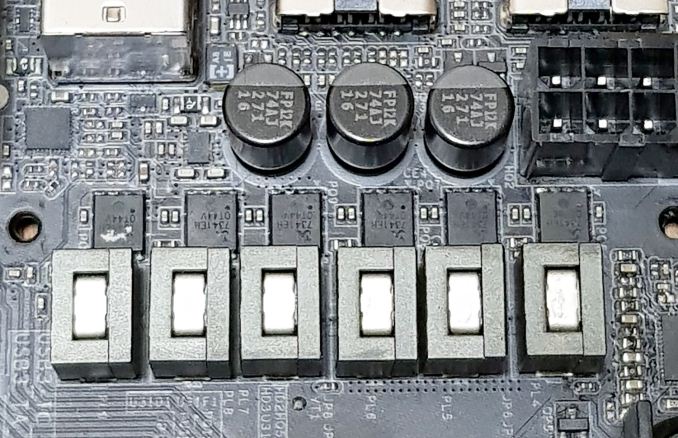 The board has a fairly standard set of storage options available with a total of four straight angled SATA 6Gb/s ports with RAID 0/1 and 10 arrays being supported. Although the X370 chipset can support up to six SATA ports, obvious space penalties have applied due to the Mini-ITX form factor.

On the rear of the motherboard is a single PCIe 3.0 x4 M.2 slot with M.2 form factor drives of up to M key type 2280 being supported; this slot is NVMe capable and doesn’t share bandwidth from the primary full length PCIe 3.0 x16 slot. 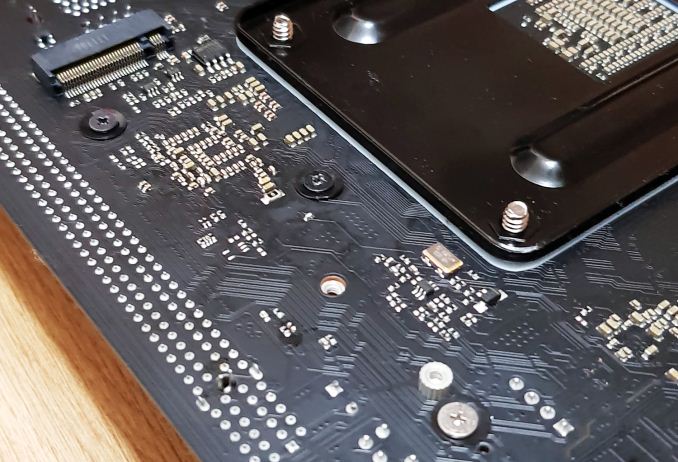 The rear I/O is pretty standard for an ITX motherboard on the AM4 socket, although one major questionable inclusion is the dual HDMI 1.4b ports which are placed side by side. This takes up a considerable amount of the rear panel, which could be ascribed to more USB connectivity - in this case, it is likely that ASRock had a specific customer that needed two HDMI outputs. 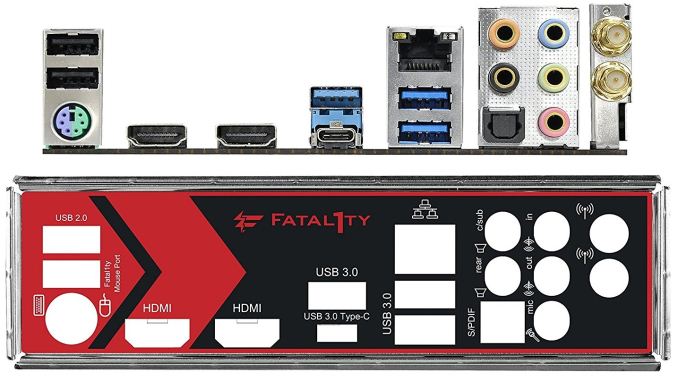 While there isn't much of a bundle included with the ASRock X370 Gaming-ITX/ac, everything needed to get connected with hard drives or SSDs, as well as connected to a wireless network is included. We get the following: 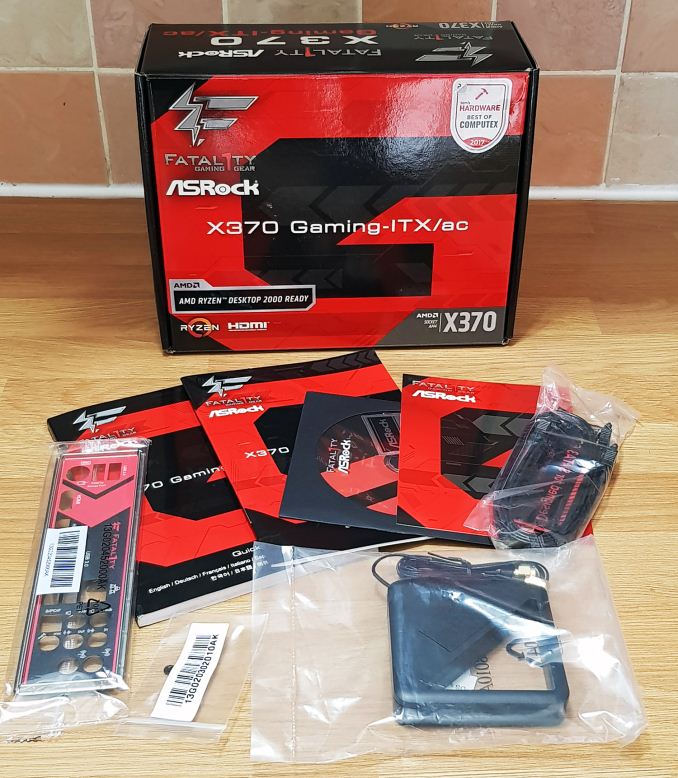