HP’s new ZBook G5 workstations are powered by Intel’s Coffee Lake-H processors in their Core i5/i7 and Xeon incarnations as well as Intel’s 300-series PCH that support a number of potential improvements, such as USB 3.1 Gen 2 connectivity, 802.11ac Wave 2 Wi-Fi with up to 1.73 Gbps speeds and so on. The new motherboards naturally required HP to use new chassis for its latest ZBook workstations, so the new laptops also feature a different look when compared to predecessors.

The new breed of ZBook notebooks continue to feature HP’s security advantages, such as multi-factor authentication (up to three factors), the Sure View privacy screen coverage (on select models), encryption for storage devices, and webcams with a shutter, on top of existing security capabilities. In addition, the latest workstations will also offer Thunderbolt 3 (this time enabled by Intel’s Titan Ridge controller and therefore supporting DisplayPort 1.3/1.4 streams), optional 4G/LTE mobile connectivity, fast charge, Bang & Olufsen-branded speakers and other things you come to expect from HP’s Z premium computers.

As usual, HP will offer dozens of different pre-built 2018 ZBook configurations and even more will be possible when customers build-to-order their PCs. In a bid to make our overview a bit more compact, we are going to discuss only the basics about its new mobile workstations. If you want to check out all the optional specs in detail, scroll down for the complete table. 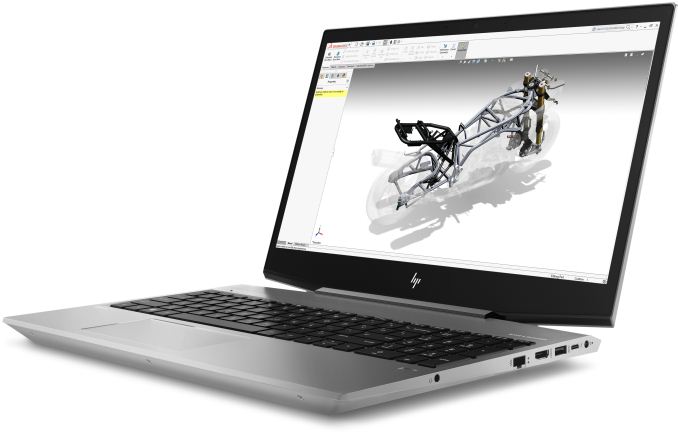 The HP ZBook 15v G5 will be the company’s most affordable and lightest 15.6-inch workstation — it will start at $949 and will weigh 2.14 kilograms (4.72 pounds). HP positions the ZBook 15v G5 for students and startups that require workstation-grade machines with optional discrete GPUs certified by suppliers of professional software.

The ZBook 15v will use Intel’s Core i5/i7 or Xeon E-2176M processors with four or six cores and up to 12 MB of cache. The workstation will be outfitted with up to 32 GB of DDR4-2666 memory with or without ECC. On the storage side of things, the laptop will feature up to 4 TB capacity comprising of a 2 TB M.2 PCIe SSD, and a 2 TB HDD/SSHD.

Depending on exact model, the HP ZBook 15v will come with an FHD or a UHD anti-glare display featuring a 220-nits/250-nits or a 340-nits brightness, respectively. As for graphics, select ZBook 15v SKUs will be equipped with NVIDIA Quadro P600 GPUs, whereas the most affordable variants will rely on Intel’s UHD 630/UHD P630 integrated graphics. 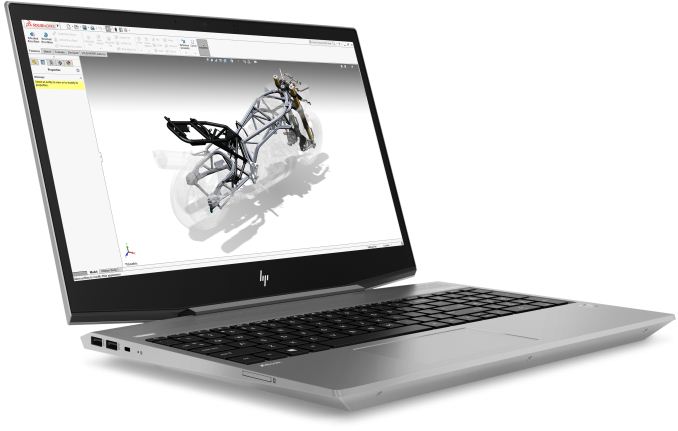 Since the HP ZBook 15v is primarily a workhorse, it is not supposed to be very portable and lightweight. The machine is 2.54 cm thick (1 inch) and weighs 2.14 kilograms when equipped with a 52 Wh Li-ion battery. The weight will get higher if an optional 70 Wh battery pack is installed instead, but this will increase its autonomous life on one charge to 10 hours.

The HP ZBook 15 G5 continues traditions of the Z-series by offering what HP claims are premium performance and exclusive features. Meanwhile, in addition to being fast, the ZBook 15 G5 is also pretty strong as it was designed to pass various MIL-STD-810G tests for drops, humidity, dust, etc. 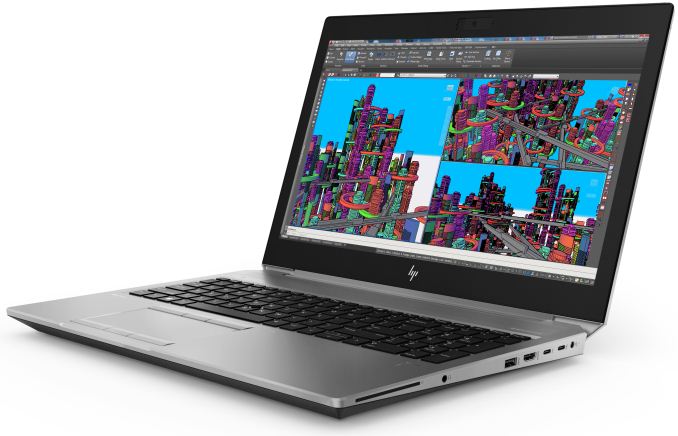 One of the key features of the ZBook 15 G5 is the DreamColor 15.6-inch display, featuring a 4K resolution and 600-nits brightness, which will be available on select configurations. Since this is a DreamColor-branded LCD, it covers 100% of the sRGB color space, which will please professionals who need this color gamut. Other display panel options will include various LCDs featuring FHD or UHD resolutions. 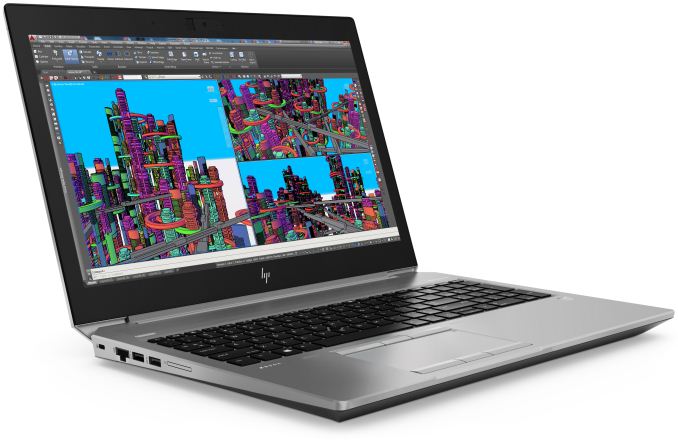 To cool down the 45W Coffee Lake-H CPUs and discrete graphics chips, the ZBook 15 G5 uses HP’s new cooling system that is claimed to be 30% more efficient than its predecessor. The manufacturer says that it can do the job while staying quiet even if the laptop is processing demanding workloads, a claim that has to be put to the test. In any case, a more efficient thermal solution will enable the ZBook 15 G5 to run the CPU at increased frequencies longer (and possibly hit the Thermal Velocity Boost clocks), which will bump up responsiveness of the system in general.

Storage capabilities of the ZBook 15 G5 workstation will comprise of two M.2 PCIe 3.0 x4 slots for a couple of 2 TB NVMe SSDs as well as a 2.5-inch bay for an HDD/SSHD. In total, the ZBook 15 G5 can support up to 6 TB of storage using existing drives. 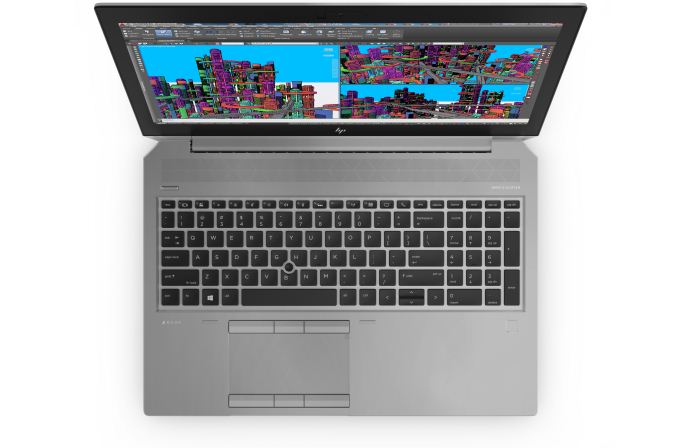 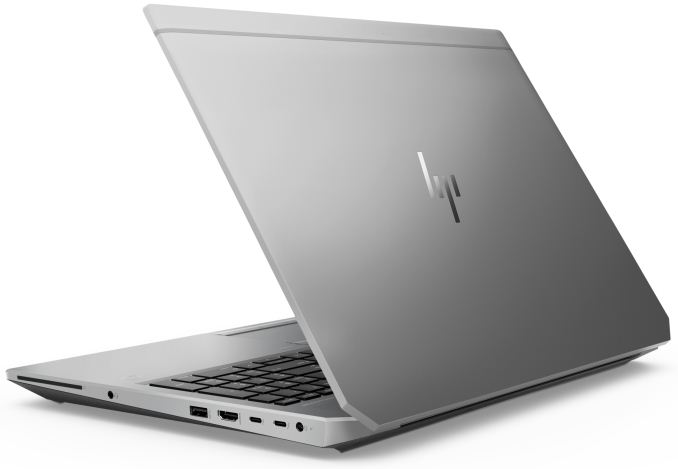 When it comes to portability, the ZBook 15 G5 is actually slightly bulkier and heavier than the ZBook 15v: it weighs 2.6 kilograms with a 90-Wh battery pack and it is 2.6 cm (1 inch) thick. Keeping in mind that we are dealing with a workstation featuring a dGPU and plenty of storage, such dimensions are not surprising.

The number of 17-inch mobile workstations has somewhat dropped in the recent years, but HP is one of a few companies who keep selling notebooks in this form-factor. The ZBook 17 G5 will be HP’s highest-performing laptop this year, offering high-performance discrete GPU, plenty of storage, and an optical disk drive. The system is positioned for content creators whose appetites for performance are rising every year (think development of 4K video games, VR content, etc.). 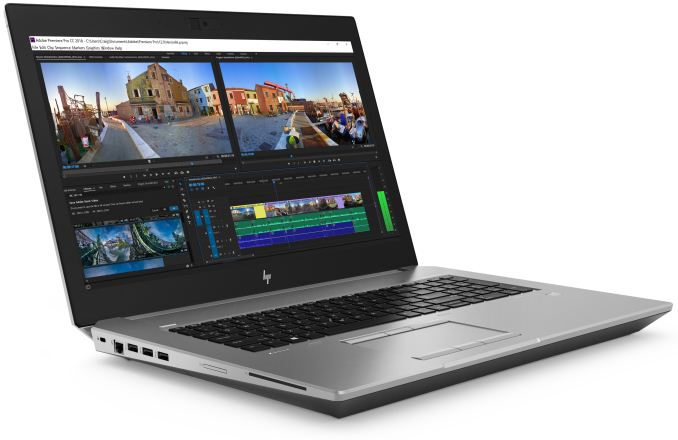 The top-of-the-range HP ZBook will come with a 17-inch DreamColor 4K display covering 100% of the Adobe RGB color space and featuring an integrated calibration system. HP also intends to offer a variety of FHD and UHD display panels with its 17-inch ZBook G5, including SKUs with touch support. Interestingly, there is even a 1600×900 option, but it is doubtful it is going to be popular on a high-end workstation in 2018. 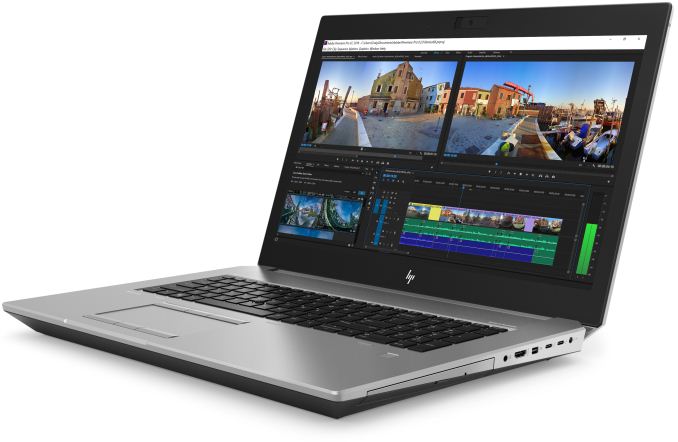 Just like its smaller brethren, the new 17-inch ZBook from HP will be powered by Intel’s Core i5/i7 or Xeon E-2176M/E2186M CPUs with four or six cores. The manufacturer plans to offer a plethora of discrete GPU options with the new workstations, including AMD’s Radeon Pro WX4170 4 GB or a series of NVIDIA Quadro GPUs up to a P5200 16 GB model. Basic setups will still be able to rely on Intel’s UHD 630/UHD P630 integrated graphics. To ensure cool and quiet operation, the new ZBook 17 also features a revamped thermal solution boasting with a 20% higher efficiency when compared to the previous-gen cooler for HP’s 17-inch workstations. As noted above, improved cooling is designed to ensure that CPUs operate at higher frequencies for longer periods and thus offer better responsiveness in certain cases. 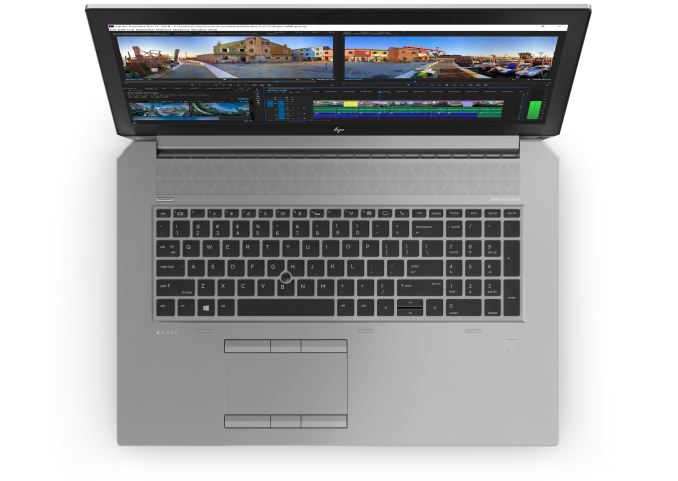 Memory sub-system of the ZBook 17 G5 will feature four SO-DIMM slots supporting up to 64 GB of DDR4-2667 ECC or non-ECC DRAM. As for storage, the system can accommodate multiple M.2 SSD modules and a 2.5-inch SSD/HDDs for a total of 10 TB. The ZBook 17 G5 even has a Blu-ray reader/DVD writer for those who would like to watch BD movies or burn a project on a disc. 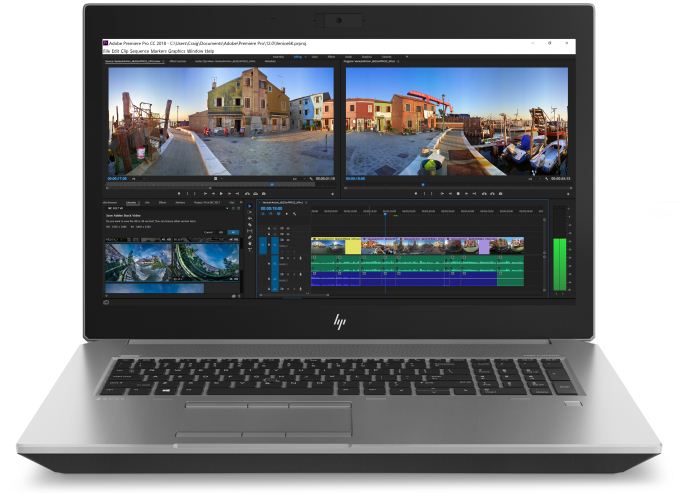 For a big and powerful mobile workstation, the HP ZBook 17 G5 is actually pretty light and compact. The computer features a z-height of 3.3 cm (1.3 inches) and weighs 3.2 kilograms (7 lbs) when equipped with a 96-Wh battery. In fact, there are 15.6-inchers that weight more than that. Meanwhile, performance of the beefier ZBook 17 G5 is comparable to a modern desktop.

HP plans to start shipments of its new ZBook G5 workstations in May-June timeframe. Exact pre-built configurations will be disclosed when HP starts actual sales. At present, HP only shares starting price of the new ZBook 15v, which is $949.