Samsung on Wednesday introduced its first consumer products based on its 16 Gb DDR4 memory chips demonstrated earlier this year. The new SO-DIMMs are aimed at high-performance notebooks that benefit from both speed and capacity of memory modules.

Samsung’s new 32 GB DDR4 SO-DIMMs based on 16 Gb DDR4 memory ICs (integrated circuits) are rated for a 2666 MT/s data transfer rate at 1.2 V. Because the 16 Gb memory chips are made using Samsung’s 10 nm-class process technology, the new module is claimed to be 39% more energy efficient than the company’s previous-gen 16 GB SO-DIMM based on 20 nm-class ICs. According to Samsung, a laptop equipped with 64 GB of new memory consumes 4.578 W in active mode, whereas a notebook outfitted with 64 GB of previous-gen DDR4 consumes 7.456 W in active mode. 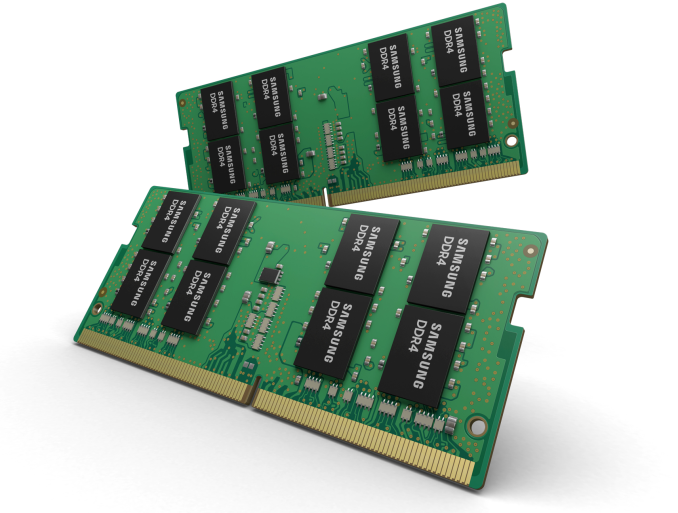 Samsung did not say when exactly it plans to start shipments of the 32 GB DDR4 SO-DIMMs. Meanwhile, DRAM producers usually make announcements after they ship the first batch of new products. Therefore, it is highly likely that Samsung’s customers among makers of high-end notebooks have already received the new 32 GB modules.