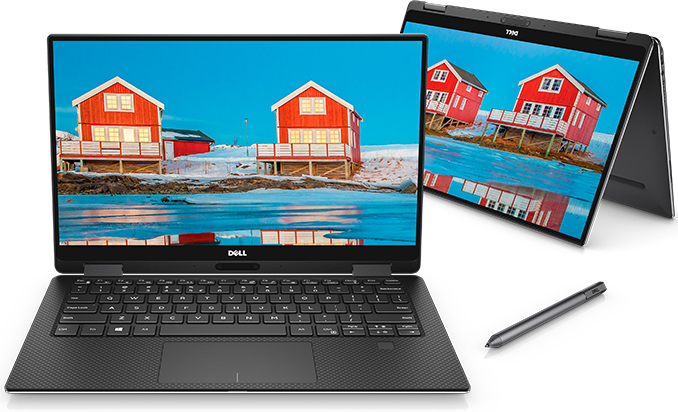 Dell on Wednesday upgraded its XPS 13 2-in-1 convertible laptops with Intel’s latest 8th Gen Core (codenamed Amber Lake-Y) processors. The new systems have retained the chassis and displays used on the previous-generation XPS 13 2-in-1, but because of the new CPUs they now can offer higher performance. Also, the new XPS 13 2-in-1 offer more DRAM and a higher-capacity SSDs.

The 2018 Dell XPS 13 2-in-1 (9365) systems share their CNC-machined aluminum enclosure and display options with the previous-gen convertibles carrying the same brand. Dell will offer the new mobile PCs with 13.3-inch InfinityEdge multitouch displays featuring a 1920×1080 or a 3200×1800 resolution along with a 400-nits brightness, a 1000:1 contrast ratio, and 170°/170° viewing angles. The screens are covered with Corning’s Gorilla Glass 4 for protection. Ultrathin bezels of InfinityEdge displays come at a price: the XPS 13 2-in-1 hybrid laptops have their webcam installed beneath the display, which many users find odd. Speaking of webcam, it is Windows Hello compliant, has a 720p resolution and is accompanied by stereo speakers and a microphone array.

When it comes to CPU options, then the new XPS 13 2-in-1 (9365) convertible systems may be equipped with Intel’s latest Core i7-8500Y or Core i5-8200Y, or the previous-gen Core i7-7Y75 or Core i5-7Y54. Given the compatibility with older CPUs, it looks like the new convertibles not only retained the chassis, but also design of the motherboard. 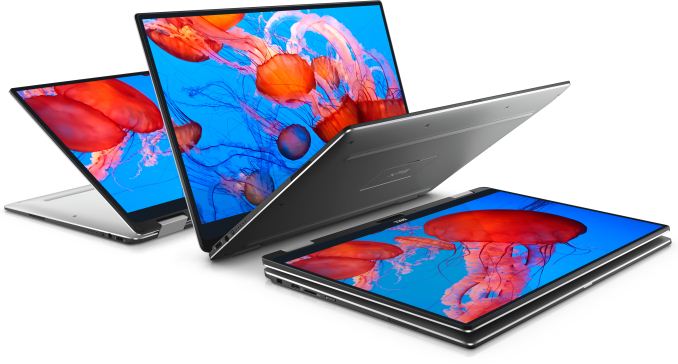 Moving on to connectivity. Like before, the new XPS 13 2-in-1 hybrid notebooks feature a 802.11ac Wi-Fi + Bluetooth 4.2 controller on the wireless side of things as well as two USB 3.1 Type-C headers and a Thunderbolt 3 port for physical devices. In addition, Dell’s new convertible has a microSD card reader and a TRRS headset jack. 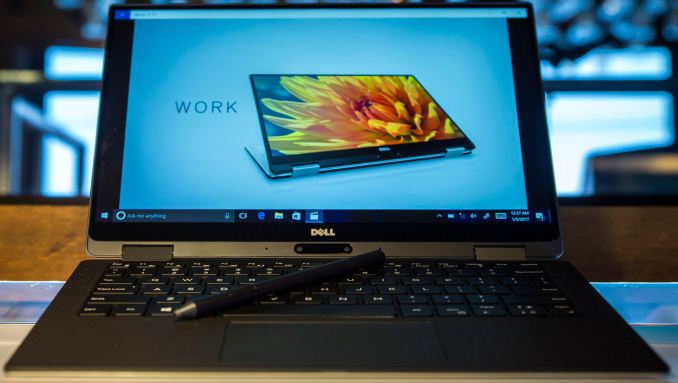 Dell plans to begin selling its 2018 XPS 13 2-in-1 shortly, depending on the market. Pricing will start at $999.99 for a base model, whereas more advanced SKUs will cost more. Optional accessories include a Thunderbolt 3 dock, a stylus, and other necessary gadgets.