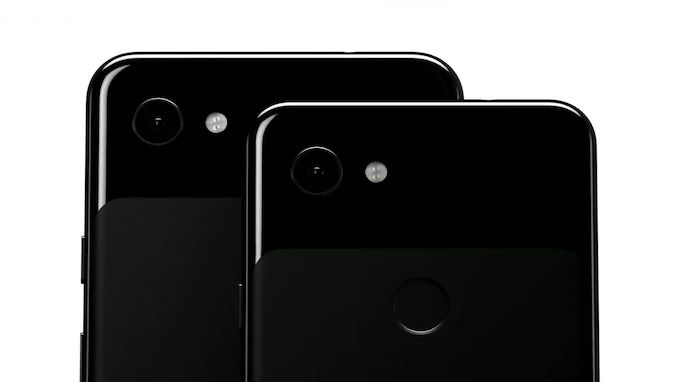 Google’s Pixel smartphone line-up has been a mainstay of the industry for a few years now. We’re all familiar with devices such as the latest Pixel 3 which is Google’s latest entry in the high-end flagship market. In particular Google puts a lot of emphasis on the cameras of the Pixel devices, and last year in particular, Google, along with Huawei, have raised the bar in terms of what is possible to achieve thanks to computational photography.

While the Pixel devices definitely have their strengths, one inarguable competitive weakness of the phones is their pricing. At an official MSRP and current Google store price of $799 for the Pixel 3 and $899 for the 3 XL, Google demands quite a lot, especially in view of other newer possibly more attractive options from the competition.

In an attempt to widen its product range and adhere to a more price-sensitive audience, today we see the introduction of the new Pixel 3a and Pixel 3a XL. The two new phones are very much placed at more mid-range price-points, yet without compromising much on what Google sees as the keystone of the Pixel phones: the camera.

Going over the specifications of the two new phones:

At the heart of both phones we find a new Snapdragon 670 SoC from Qualcomm. The chip was announced last August and comes with a 2+6 CPU core configuration consisting of 2 Cortex A75 cores at 2GHz and 6 Cortex A55 cores at 1.7GHz, accompanied by an Adreno 615 GPU. The chip is manufactured on Samsung’s 10LPP process node.

It’s actually quite odd to see Google go with the Snapdragon 670, given that Qualcomm offers a slew of other newer options such as the Snapdragon 675. Here it’s possible that the Pixel 3a phones just come at an odd timing between generations and weren’t able to employ the newer SoC.

Google fits the Pixel 3a’s with 4GB of LPDDR4X, which is a fair for mid-range devices. In terms of storage, the devices comes with a single 64GB option, without expandable storage. Don't expect the phones' storage performance to be especially high either, as Google is using legacy eMMC here instead of UFS. 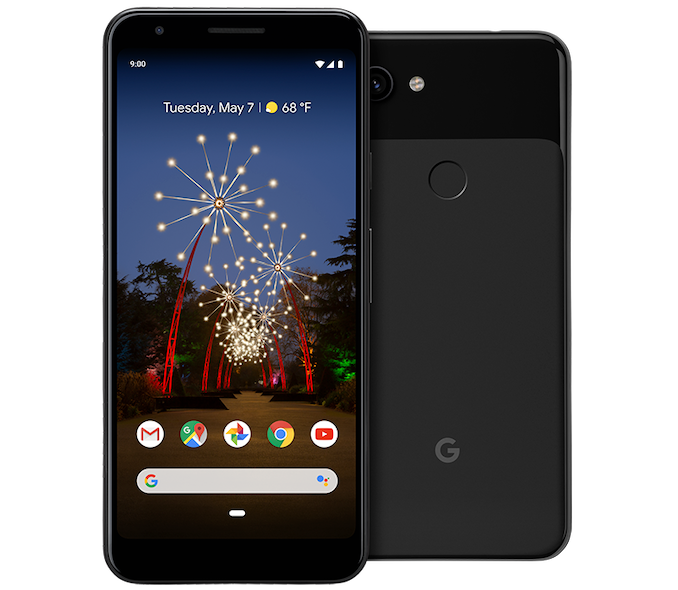 Design-wise, both phones looks night identical to the smaller Pixel 3, using the same design language and characteristic features. It’s interesting that for the bigger Pixel 3a XL, Google also opted to use the notch-less design, avoiding this much critiqued aspect of the Pixel 3 XL. 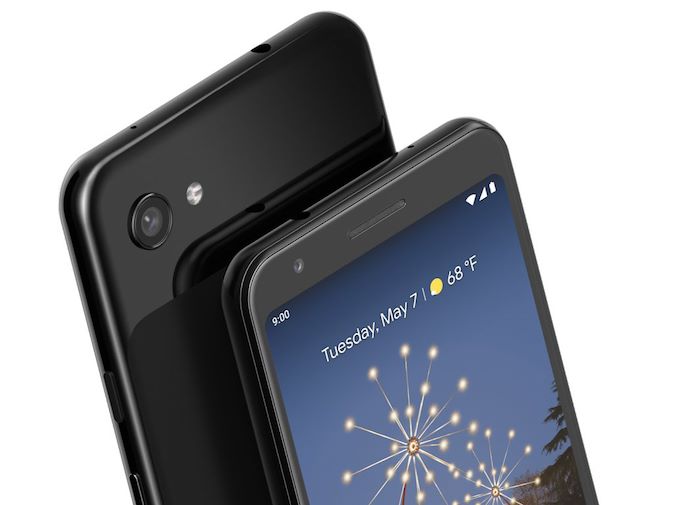 Instead of using a glass back like on the Pixel 3 series, the new Pixel 3a’s come with unibody polycarbonate designs. On one hand, this reduces the weight of the phones, with the Pixel 3a coming in at 147g and the XL at 167g, but also should result in a more scratch prone phone.

Battery capacity for the smaller 3a is 3000mAh while the XL gets a notably larger 3700mAh battery. The phone supports 18W charging, however one of the axed features looks to be wireless charging as the new phone are lacking it.

Even though Google removed the port 2 years ago in the Pixel 2, the new Pixel 3a sees the return of the 3.5mm headphone jack. We live in quite the weird world today where vendors decide that removing a feature on the more premium models is something the consumers should want, but at least it’s all good for the Pixel 3a’s. 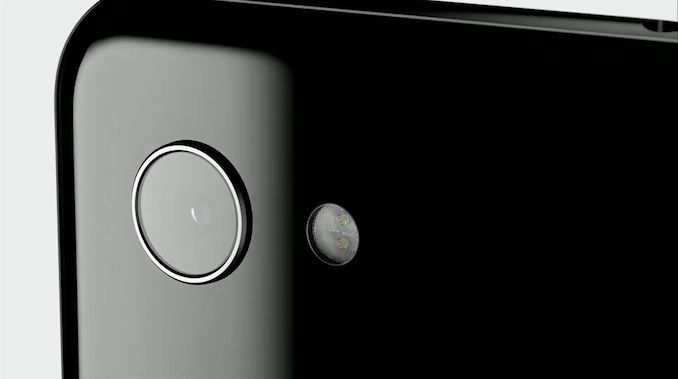 An important aspect of the Pixel 3a’s is their cameras: Inherently, the single rear module is exactly the same as found on the Pixel 3, meaning the Pixel 3a should have the same imagining capability as its higher end sibling. The 12.2MP sensor has 1.4µm pixel pitches and employs full sensor dual pixel PDAF, with the optics being an f/1.8 lens with a 76° viewing angle and keeps the OIS mechanism – something that is quite rare in mid-range devices. 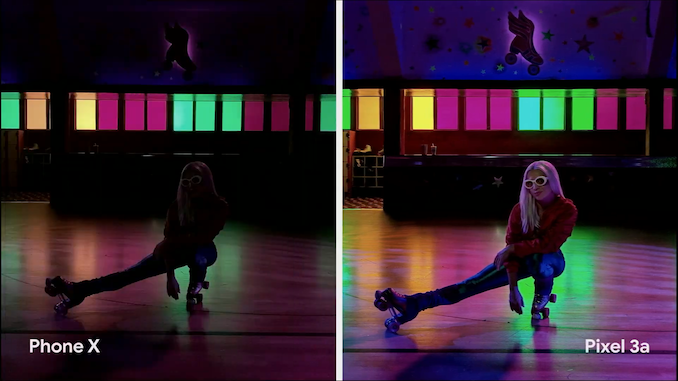 One thing that isn’t clear is if the Pixel 3a’s employ Google Visual Core. Inherently there shouldn’t be need for it for the mid-range phone to have the same photography features as its higher end sibling as computation can be picked up by the Snapdragon’s DSP cores – although they might be slower at the task. Indeed Google continues to promise the same key features as on the high-end model, including Night Sight and Portrait Mode. 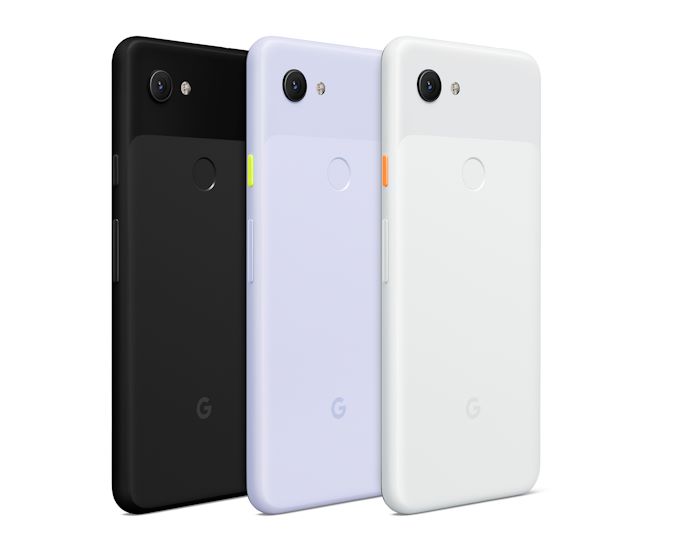 The Pixel 3a comes in “Just Black”, “Clearly White” and “Purple-ish” for $399, while the Pixel 3a XL comes in at $479. In the US, the device will premier not only on Verizon, but also T-Mobile, Sprint and US Cellular, alongside the Google Store in various other countries.