The Biostar A10N-8800E motherboard uses a simplistic, yet striking color theme throughout with yellow DDR4 memory slots, a yellow full-length PCIe 3.0 x16 slot, on a black PCB with black connectors. This full-length PCIe 3.0 x16 slot allows users to use a discrete graphics card which is an option if an option with DisplayPort is desired, although the AMD FX-8800P does feature integrated graphics of its own. 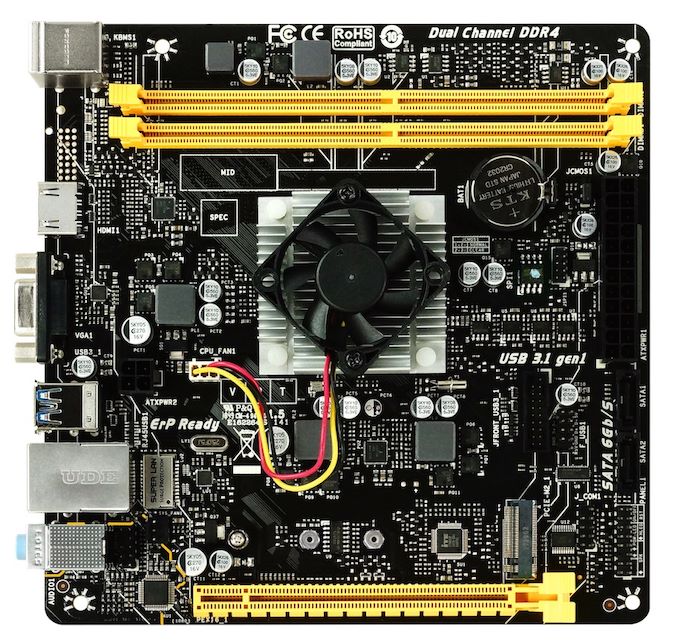 In the centre of the PCB is an integrated cooling solution which is made of an aluminium heatsink with a straight-forward fin-array, and a small black fan. This is more than ample for the AMD FX-8800P quad-core processor with its low operating 15 W TDP. There is no overclocking here. 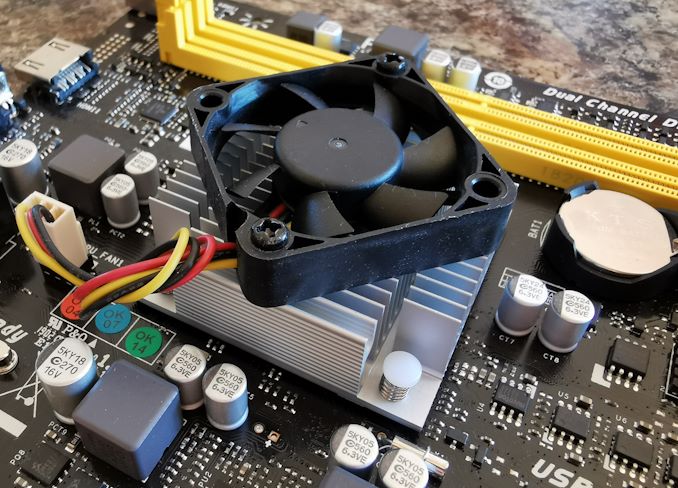 Located at the top of the Biostar A10N-8800E is two memory slots which have support for DDR4-2133 and up to a maximum of 32 GB of capacity. These slots also only support non-ECC memory so users looking to use server grade memory with the intended use of a building a small form factor microserver will have to re-think their options if error correction is a buying factor.

Located above the full-length PCIe 3.0 x16 slot is a single PCIe 3.0 x4 M.2 slot which is also capable of running SATA based drives. This is somewhat unique for a Carrizo desktop system, and well worth the addition. There are also two SATA ports with straight-angled connectors located just below the 24-pin 12 V ATX motherboard power input. With the AMD FX-8800P coming with its own low profile CPU cooling solution, there are two 3-pin fan headers to use for case fans. Nothing fancy and 4-pin PWM fans aren't supported, but the level of cooling required for operation on an integrated SoC option such as this isn't a hefty requirement. 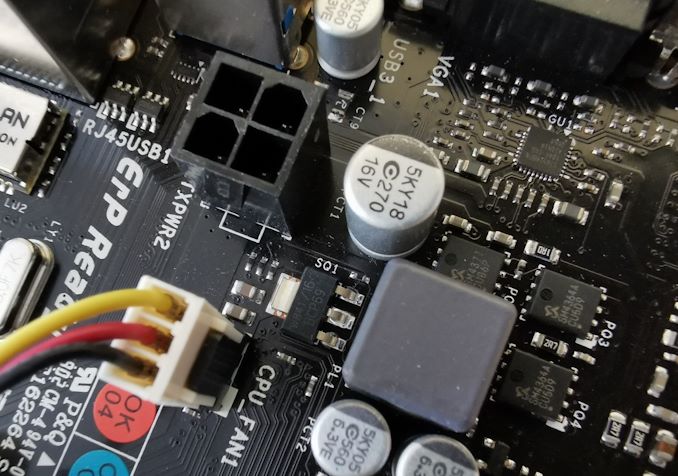 Driving power to the basic three-phase power delivery is a single 4-pin 12 V ATX CPU power input. The power delivery of the A10N-8800E is operating in a 2+1 configuration with each CPU VCore phase consisting of two Sinopower SM4364A N-channel high-side MOSFETs, and a single Sinopower SM4377 N-channel low-side MOSFET. Providing power to the integrated graphics of the AMD FX-8800P is a single dual-driver ISL62773A and is designed for AMD Fusion mobile processors specifically. None of the power delivery includes any form of a heatsink, but due to the low operating power of the FX-8800P, this isn't a requirement.

What's in the Box 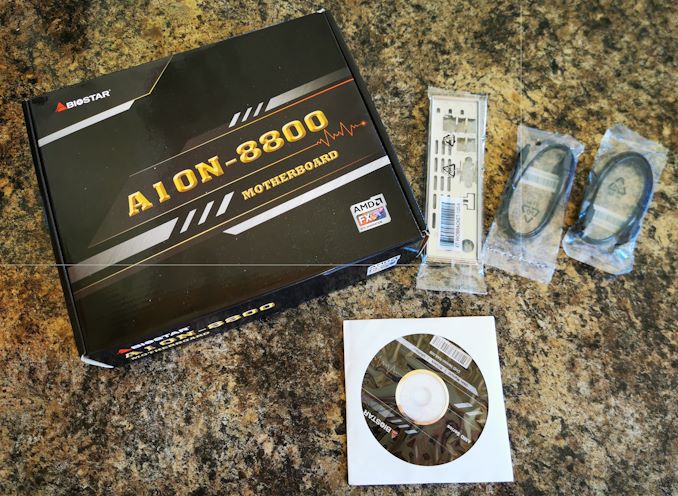 Included in the accessory bundle of the Biostar A10N-8800E are two SATA cables, a silver IO shield, a DVD driver disk and a quick guide to get users up and running. It's a very basic set of accessories, but more than ample as the PCIe 3.0 x4 M.2 slot includes the mounts and screws required for installation on the board already.