Wi-Fi platform vendors have long been citing the lack of enough spectrum in the 2.4 GHz and 5 GHz bands as true gigabit wireless becomes commonplace. In fact, despite support for 160 MHz channels in the Wi-Fi 6 standard, very few consumers are able to actually utilize it because the dynamic frequence selection (DFS) feature is often disabled by default. DFS is necessary to prevent Wi-Fi devices operating in the 5 GHz band from interfering with radars that are licensed users of the channels in that band. Wi-Fi devices essentially use unlicensed spectrum for communication. As more and more gigabit wireless devices get deployed, the available spectrum capacity in the 5 GHz band may soon get exhausted.

Unlicensed Operation in the 6 GHz Band

The FCC has been considering the opening up of the 6 GHz band (essentially, the 1.2 GHz unlicensed spectrum span just above the currently used 5 GHz band) for unlicensed operation. Wideband unlicensed channels of 160 MHz and more may become essential to achieve expected performance from 802.11ax, 802.11be, 4G LTE, and 5G NR in unlicensed spectrum. Opening up a continuous 1200 MHz chunk will enable substantial amount of new bandwidth over multiple wide bandwidth channels.

Unfortunately, even though there are no currently unlicensed users of the 6 GHz band, certain fixed wireless point-to-point long-range deployments are licensed to utilize it. Wi-Fi platform vendors such as Qualcomm and Broadcom have been confident of working with those users to prevent any interference. Their key message to the licensed incumbents is that any Wi-Fi deployment in the 6 GHz band would use LPI (low-power indoor) operation and can also implement AFC (automated frequency coordination). LPI operation, for example, may impose restrictions on the total EIRP (effective isotropically radiated power) and PSD (power spectral density) for Wi-Fi devices. This will prevent interference due to low power levels and substantial building losses.

In addition, most licensed users of the spectrum have their point-to-point endpoints well above the ground (mounted atop towers and buildings), and devices rated for LPI operation are not likely to affect them. AFC involves the maintenance of a database where licensed users are tracked based on their deployment location, and any unlicensed Wi-Fi usage in that spectrum capable of interfering with the licensed users could automatically shift to a different channel.

The Wi-Fi Alliance is introducing a new terminology to distinguish upcoming Wi-Fi 6 devices that are capable of 6 GHz operation - Wi-Fi 6E. This is essentially the benefits of Wi-Fi 6 / 802.11ax (higher performance in terms of faster data rates as well as lower latency) in the 6 GHz band. Wi-Fi 6E devices are expected to make it to the market relatively quickly after regulatory approval, as it only requires changing the antenna tuning / RF front end on existing devices. 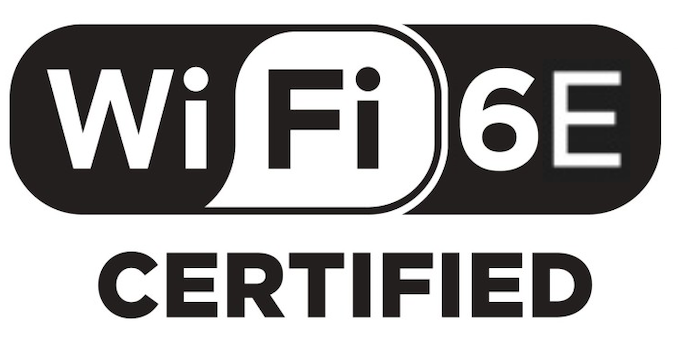 As explained earlier, 6 GHz addresses Wi-Fi spectrum shortage by providing contiguous spectrum blocks to accommodate up to 14 additional 80 MHz channels and 7 additional 160 MHz channels. Wi-Fi 6E devices can make use of the wider channels and additional capacity to provide better performance and support denser deployments. At CES 2020, the Wi-Fi Alliance is also announcing the development of interoperability testing for Wi-Fi 6E devices.