Acer has introduced a new Chromebook computer designed specifically for the education environment. The upcoming Chromebook 871/Chromebook 712 machines are rugged enough to handle bumps of life at school and are based on Intel’s Comet Lake processors.

Acer’s Chromebook 871/Chromebook 712 comes in a Shale Black plastic chassis that is sufficiently tough to survive drops, shocks, high/low temperatures, and humid or dusty environments. To make the laptop as rugged as possible, Acer had to increase its z-height to 21.5 cm, which is rather thick, but a good news is that the notebook has a spill-resistant keyboard. As for weight, the machine weighs 1.4 kilograms.

The laptop is equipped with a 12-inch IPS display panel featuring a 1366x912 resolution as well as a 3:2 aspect ratio. In fact, the manufacturer plans to offer two versions of its Chromebooks 871: the model C871 with a regular screen as well as the model C871T with a touch-enabled screen.

The Acer Chromebook 871 – which will go by the Chromebook 712 in the retail market – is based on up to Intel’s dual-core Core i3-10110U processor, and is accompanied by 4 GB or 8 GB of DDR4 memory as well as 32 GB or 64 GB eMMC storage. Connectivity-wise, the laptop is rather typical by today’s standards as they feature Wi-Fi 6, Bluetooth 5, USB 3.2 Gen 1 Type-A and Type-C connectors, a microSD card reader, and a 3.5-mm audio jack for headsets. The Chromebook 871/Chromebook 712 from Acer also have a standard set of multimedia capabilities, such as a webcam, stereo speakers, a microphone array. 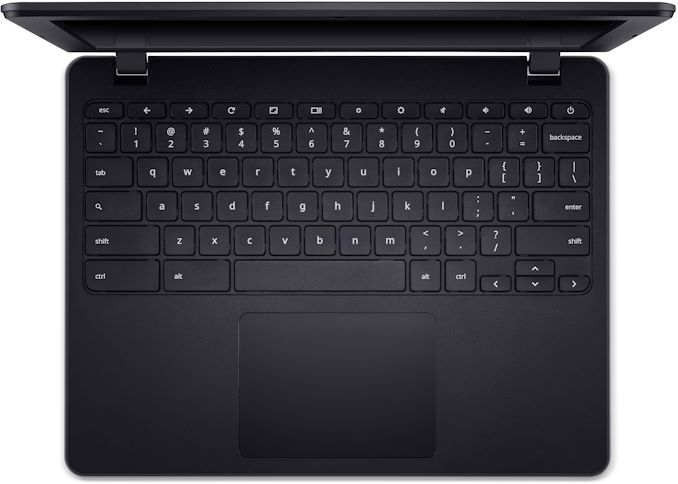 Acer will start sales of its new Chromebook 871/Chromebook 712 laptops in North America in March and in EMEA in May. Prices of the PCs will start at $329.99 in the USA and €299 in Europe. The notebooks will be covered by a one year international warranty. 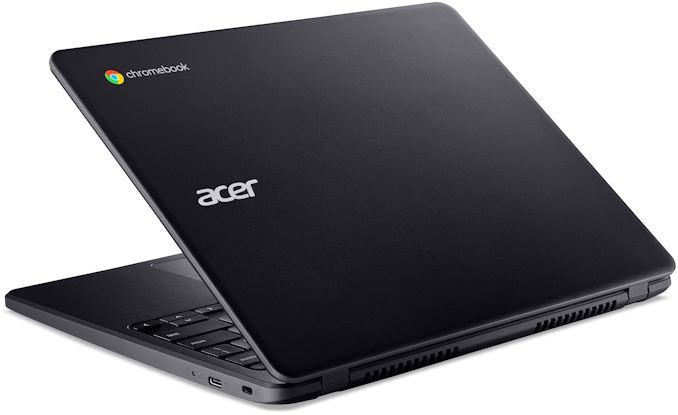