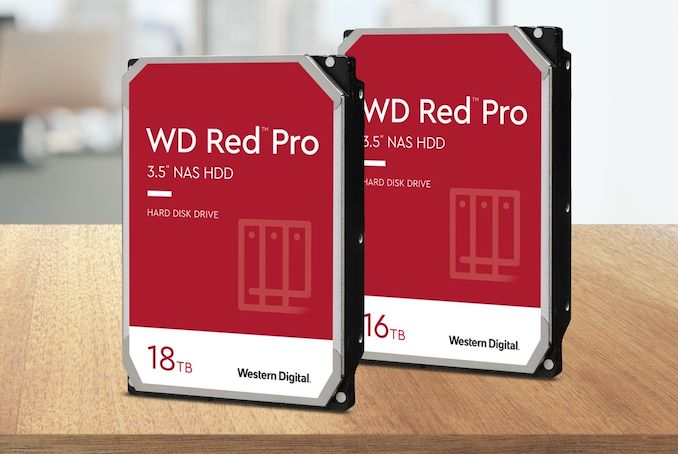 Western Digital recently unveiled their first energy-assisted magnetic recording (EAMR) HDDs for the retail channel. Today, the company is taking advantage of the same hardware platform with some tweaks in the firmware features to introduce the 16TB and 18TB WD Red Pro for SMB network-attached storage (NAS) units.

Like the WD Gold 16TB and 18TB models, the new Red Pro drives are also based on conventional magnetic recording (CMR), with a 7200 RPM spindle speed, and recommended for use in NAS systems with up to 24 bays. Having learnt from the WD Red SMR fiasco, the company explicitly points out the suitability of the new drives for use in NAS systems adopting ZFS and other such modern file-systems, while also supporting stressful RAID array rebuilds and expansions.

WD continues to tout the NASware 3.0 firmware features and multi-axis shock sensors with dynamic fly-height adjustment of the heads for additional reliability. Pricing is slated to be announced when the drives hit retail next month. Given the sub-$600 street pricing of the WD Gold and the Seagate IronWolf Pro 18TB, we expect the 18TB WD Red Pro to be priced in the $580 - $600 range.