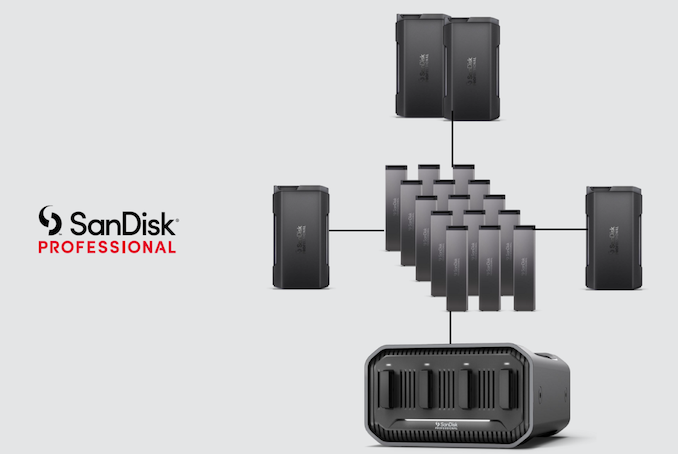 Western Digital is announcing a host of products under the SanDisk and SanDisk Professional brands today at its What's Next Western Digital Event. The company also provided a second look at products introduced during the recently concluded NAB show - the G-DRIVE PRO STUDIO SSD with a 7.68TB enterprise-class desktop SSD inside, and the addition of 20TB Ultrastar drives to the G-RAID SHUTTLE 8 (driving up the top capacity to 160TB).

The new products being announced today have been designed to address issues faced by high-volume content creators. The most exciting of the lot is the SanDisk Professional PRO-BLADE modular SSD ecosystem. Western Digital has created a compact enclosure for its PCIe 3.0 x4 NVMe SSDs (with a custom, but not proprietary connector). Two options are provided to connect this PRO-BLADE SSD Mag to a host system - the PRO-BLADE TRANSPORT is the portable sleeve with support for a single mag, while the PRO-BLADE STATION is the JBOD desktop version with support for up to four mags.

The target market for the PRO-BLADE products include professionals and prosumers requiring multiple high-speed portable drives for for content capture and backing up on the field, while needing quick transfers back at their editing desks. The lightweight high-capacity mags enable easy portability and consolidation of storage in use-cases previously restricted to heavy multi-HDD systems. Western Digital provided a real-world example where 42 lbs. worth of storage devices could be replaced by a set of drives weighing in at less than 7 lbs. 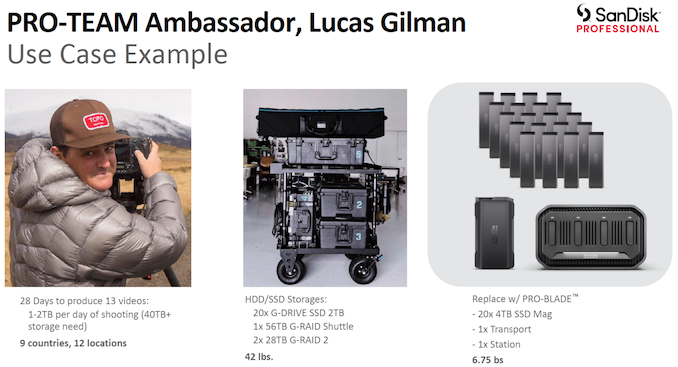 The company also pointed out the rising prevalence of professional capture devices with the ability to record directly to USB-C SSDs. The PRO-BLADE TRANSPORT can also be used directly with those cameras and the mag transferred directly to the JBOD PRO-BLADE STATION. The number of mags in use can vary based on the workflow requirements.

On the hardware front, the SSD Mag employs a 40-pin custom connector and has features to aid in easy hot-swapping. The enclosure is also designed to withstand drops (up to 3m) and has 4000lbs of crush resistance. The aluminum body also aids in heat dissipation. The mags are qualified for more than 2000 mating cycles with the TRANSPORT / STATION enclosures. The custom connector is designed to ensure no loss of the internal SSD's native speeds - supporting up to 3GBps reads and 2.6GBps writes, with the actual value varying depending on the enclosure used. 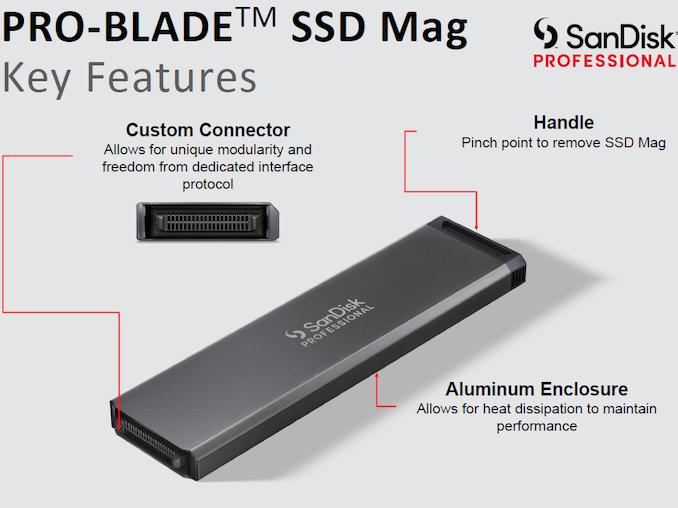 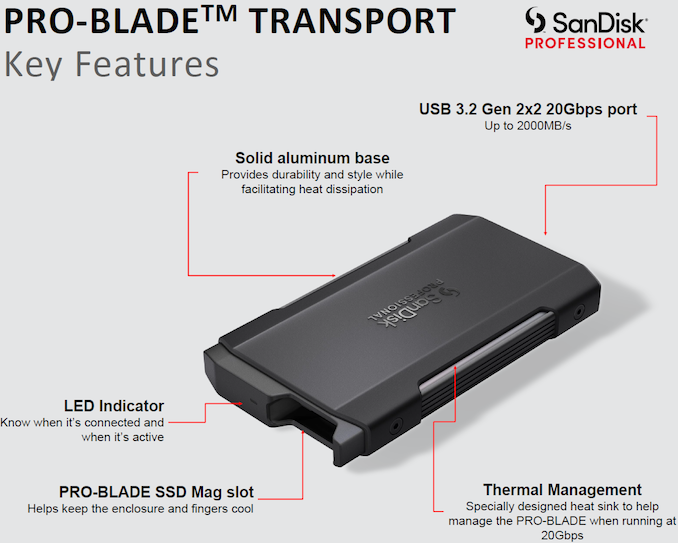 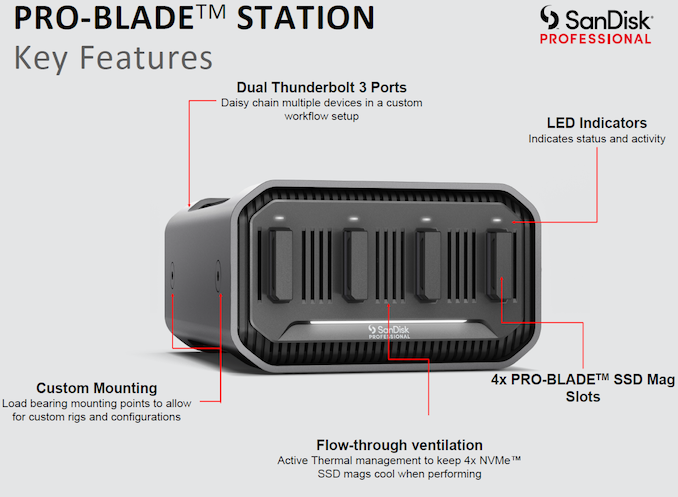 The table above summarizes the key features of the products in the PRO-BLADE ecosystem.

On the SanDisk front, the company is announcing new Extreme PRO UHS-I cards in both SD and microSD form-factors. The key differentiation compared to previous UHS-I offerings is the ability to ingest data from these cards at up to 200MBps - almost double the UHS-I rates. SanDisk used to offer the previous generation Extreme PRO UHS-I cards with a 170MBps read speed rating using proprietary extensions, and the new cards have improved on this speed.

The higher speeds can be unlocked with the PRO-READER card reader that can be used with the PRO-DOCK4 announced in May 2021 during the launch of the SanDisk Professional brand. The cards work at normal UHS-I speeds when used with other card readers.

We are particularly excited about the PRO-BLADE SSD Mag and its custom connector. Given the non-proprietary nature, it would be interesting to see if NAS vendors adopt it. Currently, hot-swappable NVMe SSDs in SMB / SOHO NAS systems are restricted to the U.2 form-factors, and general M.2 support is available only directly on the NAS motherboard. The adoption of the PRO-BLADE mag's form-factor could be a consumer-friendly option.