The 750AAKS has technical specifications similar to its competition from Seagate and Hitachi. Seagate continues to offer the most attractive warranty, though the power consumption at load of the Western Digital is by far the lowest among its peers. Other specifications (seek time, latency, etc.) are all close enough as to be virtually indistinguishable among the drives. 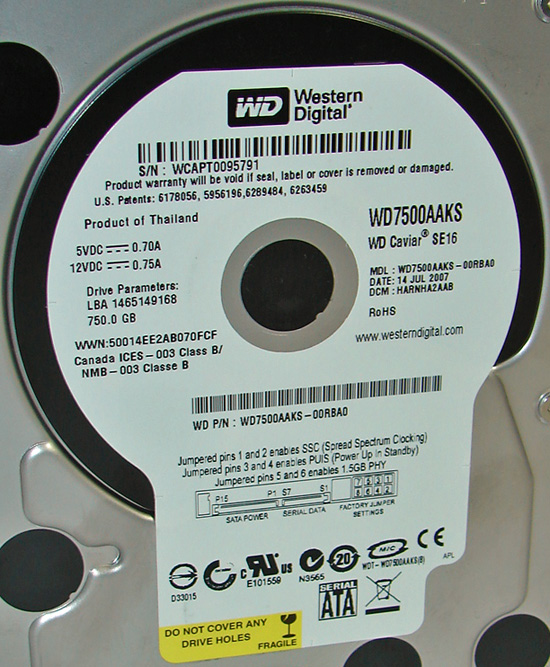 The 7500AAKS drive is equipped with all of the standard features found in the SE16 line, but has had two additional features added which are not present on the smaller capacity drives: Perpendicular Magnetic Recording (PMR), and StableTrac. PMR, which we've described in previous articles, is a means of achieving a higher data storage density (without changing the disk media). This is different than the more traditional method of longitudinal magnetic recording, which has nearly reached its limit in terms of data density. StableTrac, which is a proprietary technology by Western Digital, essentially means that the motor shaft is secured at both ends to reduce the effects (and generation) of vibration in the system. 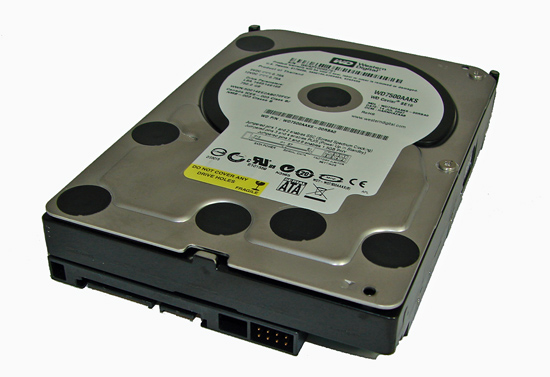 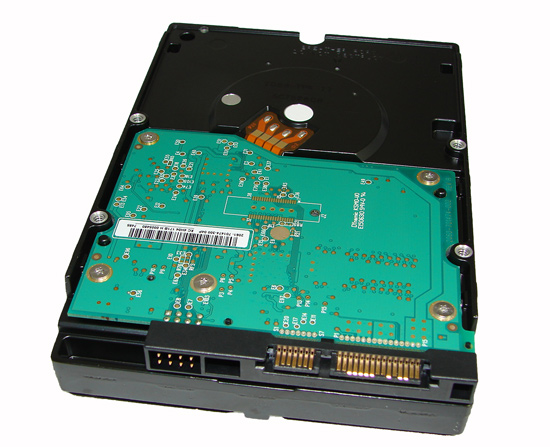 Western Digital has followed the lead of other manufacturers in removing the 4 pin MOLEX connector on this drive which was used in older ATX power supplies. The SATA power port is therefore the only available power option.