In most of my CPU reviews I tend to focus on light overclocking - the low hanging fruit if you will. Over the past few years the focus has shifted from absolute performance to performance per watt. An overclock stops being so interesting if you have to incur a huge power penalty to get there. That's the reason I've put more emphasis on stock voltage overclocks in the past few years. 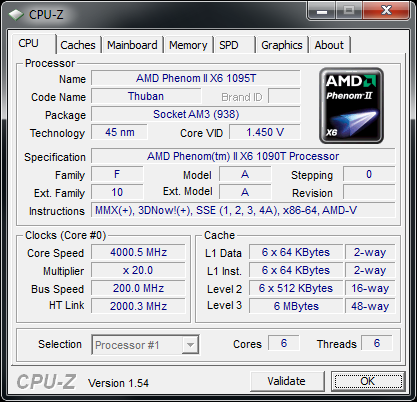 The most I could get out of the X6, reliably with air cooling, was 4GHz. It required more voltage than 3.8GHz but it's doable. The other important takeaway? It was fully stable in a 64-bit OS. In the past we've had issues with AMD's processors and ~4GHz overclocks in 64-bit Windows, but Thuban appears to have fixed that. I'm able to get into Windows at 4.1GHz but not what I would consider stable.