The settings page has undergone a few changes since v2.1; we now have a separate page for Display settings. The Wireless & network settings page has been updated with the new USB tethering and Wireless Hotspot option. Froyo also supports toggling Data roaming to save you from those pesky roaming charges. Google has finally added a native task manager under the Applications page for those dire times when every megabyte counts. With the way that Android (and now iOS) multitask, it can help save battery life if you manually quit apps that you aren't using or planning to switch back to.

Another nifty feature lets you back up application data on Google’s servers, so the next time you reset your phone, your app data is preserved. Ultimately this is the next step in the evolution of cloud integration. We're pretty close to not really having to worry about setting up a new phone, just give it your account names and passwords and almost everything is pulled from the cloud. Google is trying to avoid the pitfalls of the PC experience, one of which was having to deal with the headaches of a reinstall.

Developers have also been given the option to allow their apps to be moved from the internal storage to the SD card. A welcome change given that internal Flash is limited while SD cards are effectively unlimited. The caveat, however, is that this is a developer enabled feature only; so all apps don’t automatically support it. 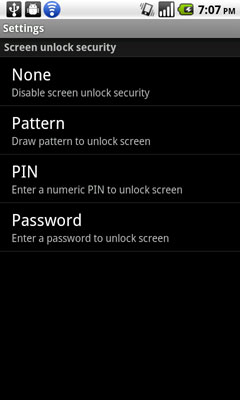 Finally, the screen lock feature has added support for using a PIN or a password for those who find the abstruse patterns hard to remember. For those who demand the simpler iOS experience, it looks like Google is trying to offer more of that as an option on Android.

With Froyo, Google has paid special attention to try and have a consistent UI across the OS. While parts of the OS may still seem like an aberration (read: Settings, Dialer), Google has updated the Messaging and Google Talk interface with black text on white background, just like the Gmail app. 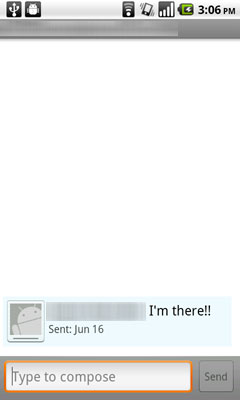 The Car Home screen has been refreshed with a more traditional square button layout that’s much easier to navigate. (Note: Device orientation works at a system level as opposed to the app level. So you have to enable automatic orientation under Display settings for landscape modes to work in apps like Car Home).

The dialer app now supports sorting contacts by first name or last name and it lets your choose the order of display (First name, last name or vice versa). 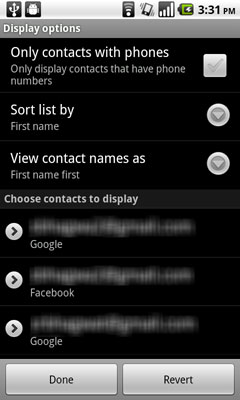 Finally, the call log has been updated to group together multiple calls from the same user, which can then be expanded to access individual call records. Another cool feature is when you connect the phone to a computer via USB; a friendly droid shows up with instructions about USB storage. Again, most of these enhancements aren’t earth shattering, but they’re a nice touch and create a much more holistic and non-ambiguous interface that users will certainly appreciate.