There's plenty of overlap between our AMD and Intel recommendations these days; the only major differences are in the choice of CPU and motherboard. As such, we're going to start there and then discuss all the common components below.

AMD’s Athlon II X2 line of processors offers exceptional value for budget builders. The 250 model operates at an even 3GHz, and priced at just $61 it's typically a dollar or two more than the 245 model. In terms of real-world performance, the two CPUs are essentially identical, but 3GHz is a tempting psychological mark to acquire. Micro-ATX motherboards featuring the 880G chipset can offer VGA, DVI, and HDMI outputs from the integrated Radeon 4250 onboard graphics. This onboard GPU is more than capable of running Windows 7’s Aero UI and can easily handle 1080p video. It’s also able to run older and lightweight games like World of Warcraft, albeit only at lowered settings. At $70 (with rebate), Gigabyte’s GA-880GM-D2H is an excellent choice for the motherboard. Biostar’s A880G+ is a slightly less expensive alternative. Both offer very similar features and choosing between them is largely a matter of personal preference. For a combined price of $131, the AMD CPU and motherboard offer a lot of bang for the buck.

The least expensive CPU available for Intel’s LGA 1156 socket is the Pentium G6950 at $95. The MSI H55M-E21 and Biostar TH55B HD motherboards offer nearly identical features, and both are solid choices for a basic Intel build. Intel’s integrated graphics on the G6950 are far superior to Intel’s older motherboard-based integrated graphics, and are competitive with the Radeon 4250 (but note that the G6950 IGP is clocked at a slower 533MHz compared to some of the faster Arrandale chips, so the HD 4250 holds a clear lead unless you go with something like the i5-661).

Here's where we pay the Intel tax: the combined motherboard and CPU cost for our budget Intel platform checks in at $155, $25 more than the AMD system. [Ed: Prices can fluctuate wildly, and earlier in the week the difference in pricing was $50; the review was written from the perspective of a $50 difference, and while we updated the tables we have left most of the text in place. Just be aware that a swing of $25 or more over the course of a week is not unusual.] You could put that money towards a faster CPU, a discrete GPU, a larger/faster HDD/SSD, etc. The other side of the story is that the Intel platform will generally consume 10W less at idle, and the gap can be as large as 40-50W under load; if you leave your system on 24/7, you'll make up the difference in cost with power savings over the course of five years (give or take)—or as little as 1-2 years if you happen to run Folding@Home constantly. Considering what most of us pay for cell phones and broadband Internet, though, there are probably better ways to save money if you need it.

As mentioned above, the remaining components are common to both builds. Starting with the memory, DDR3 is as cheap as it’s ever been, with $10/GB without rebate options common. With rebates, it’s possible to pay less than $10/GB – Patriot’s 2x2GB (4GB total) PSD34G1333K is currently $40 shipped with a $5 rebate, for example. With prices that low, there's really no need to consider anything less than 2x2GB RAM; likewise, there's little point in upgrading a budget system to more than 4GB unless you happen to use some applications that will actually benefit.

Hard drives with one platter at 500GB capacity can routinely be found for $40 shipped or less, and the performance differences between the major manufacturer’s mainstream (i.e. non-green, non-high performance) drives are typically only apparent in synthetic benchmarks. Currently, Seagate’s ST3500418AS is only $38 shipped. Optical drives also have very little product differentiation at the budget end, with $20 or less shipped for a DVD burner now commonplace. Patience can yield a dual layer and/or LightScribe DVD burner for less than $20, e.g. LG’s GH24NS50 is available for $17 shipped right now.

Cases are highly subjective, as different aesthetics appeal to different people. Antec’s Three Hundred is regularly available for $60 or less shipped, and right now it’s offered for $43. It features a tri-cool 120mm rear exhaust fan and a tri-cool 140mm top exhaust fan. It also has placements for two front 120mm intake fans. These fans, as well as a good cable management system, make it great for keeping a system running cool. Its downsides are that it has little to no noise dampening and it’s made of steel, so it’s heavy. For a budget build, there's no need for extra fans and the overall quality of the Three Hundred is very good.

Many builders choose the power supply as an area to cut down on total system cost, but don’t buy a cheap PSU! Besides the lower quality and potential problems down the road, efficiency is also worse so you end up paying for cheap PSUs in the long run. Antec offers its 380W Earthwatts model for $50 or less shipped, but it’s often on sale for $40 shipped, and sometimes less with a rebate. It’s 80 Plus certified and as high quality as can be commonly be found for under $50. Corsair’s new Builder Series CX430 is usually a bit cheaper, but does not receive the excellent reviews its predecessors did and is generally regarded as slightly inferior to the Antec Earthwatts 380W, but is nevertheless a viable alternative. 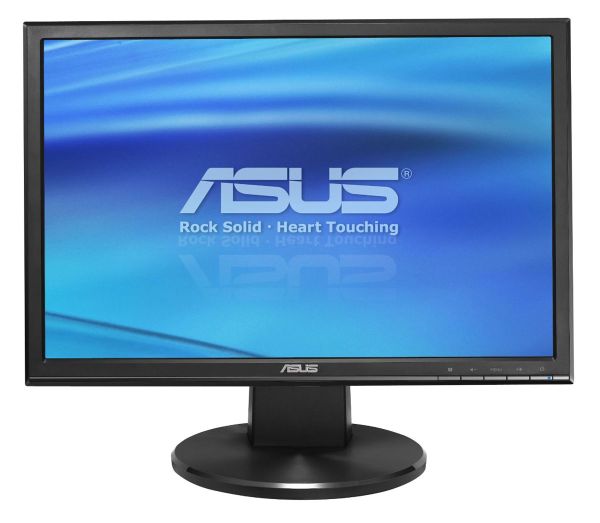 Including the $100 cost of Windows 7 Home Premium 64-bit (OEM version), the basic AMD build checks out at $421 out of pocket with $15 in mail in rebates, and the basic Intel build costs $445 with $15 in mail in rebates. If you already have a keyboard, mouse, and LCD that's all you'll need; otherwise plan on spending around $20 for a keyboard and mouse (we generally prefer the basic Logitech and Microsoft designs, but get whatever you like), and entry-level 19" LCDs start at around $110 shipped (e.g. the ASUS VW193DR). That brings the cost for a complete budget system up to $531 for the AMD build or $555 for the Intel system (after rebates).