Yesterday we reported Intel ran a video of a DX11 title instead of running the actual game itself on a live Ivy Bridge notebook during Mooly Eden's press conference. After the press conference Intel let me know that the demo was a late addition to the presentation and they didn't have time to set it up live but insisted that it worked. I believed Intel (I spent a lot of time with Ivy Bridge at the end of last year and saw no reason to believe that DX11 functionality was broken) but I needed definitive proof that there wasn't some issue that Intel was trying to deliberately hide. Intel promptly invited me to check out the demo live on an Ivy Bridge notebook which I just finished doing.

The notebook isn't the exact same one used yesterday (Mooly apparently has that one in some meetings today) but I confirmed that it was running with a single GPU that reported itself as Intel's HD Graphics 4000 (Ivy Bridge graphics):

The system was running an IVB engineering sample running at 2.5GHz: 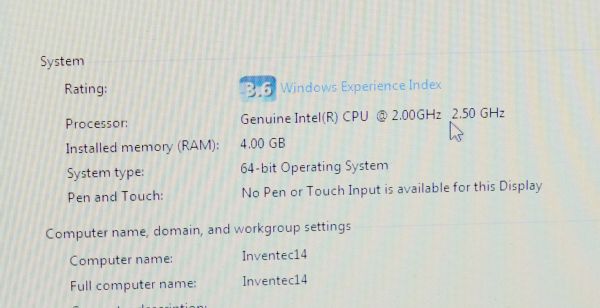