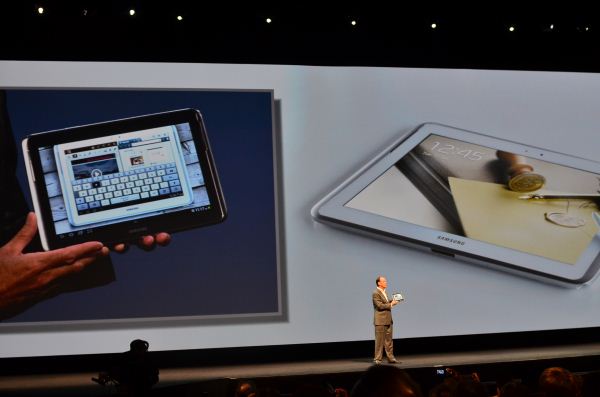 Samsung got Moulin Rouge director Baz Luhrmann on stage to talk about his experience with the Galaxy Note 10.1. Ultimately Samsung is touching on a major issue with tablets today: the inability to enjoy the same level of productive multitasking we have on traditional PCs and notebooks. 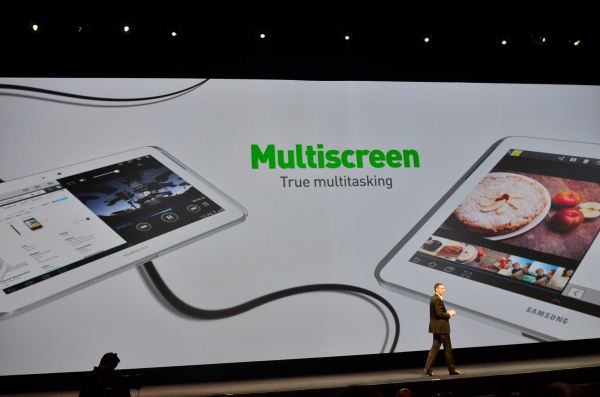 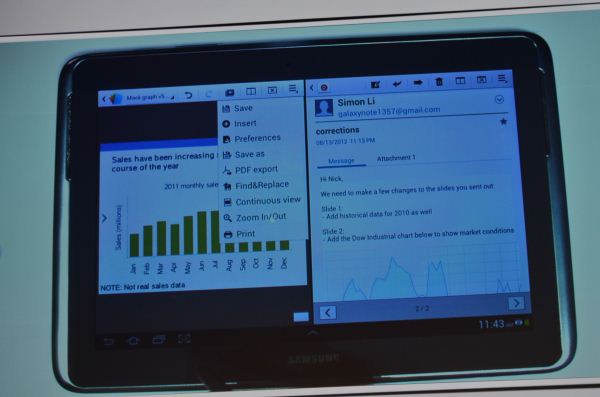 The Note 10.1 brings multi-window support to Android courtesy of Samsung's own software customizations. The bundled S Pen helps on the creation side as well. 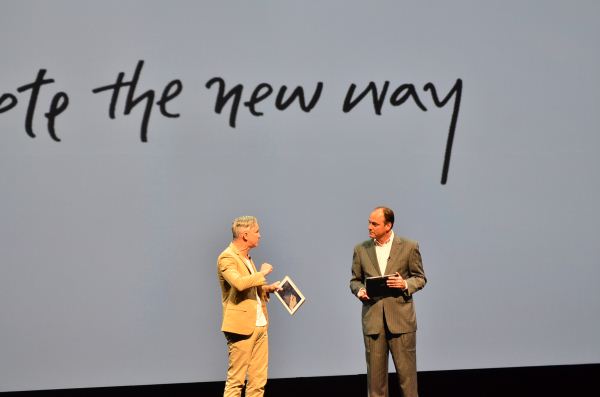 I do feel that Windows 8/RT based tablets will ultimately address a lot of what Samsung has been trying to do with Android over the past couple of years. The real question is whether or not Samsung will bring a lot of its Android experiments to Windows RT  later this year.

The Galaxy Note 10.1 will be available for purchase starting tomorrow, priced at $499 for the 16GB WiFi model and $549 for the 32GB WiFi model (white and dark gray colors available). The tablet comes preloaded with Adobe's Photoshop Touch software that's optimized for use with the bundled S Pen.

The Galaxy Note 10.1 ships with Ice Cream Sandwich, but a Jelly Bean (Android 4.1) upgrade is coming later this year.