As our regular readers are well aware, NVIDIA’s 28nm supply constraints have proven to be a constant thorn in the side of the company. Since Q2 the message in financial statements has been clear: NVIDIA could be selling more GPUs if they had access to more 28nm capacity. As a result of this capacity constraint they have had to prioritize the high-profit mainstream mobile and high-end desktop markets above other consumer markets, leaving holes in their product lineups. In the intervening time they have launched products like the GK104-based GeForce GTX 660 Ti to help bridge that gap, but even that still left a hole between $100 and $300.

As given away by the model number, GK106 is designed to fit in between GK104 and GK107. GK106 offers a more modest collection of functional blocks in exchange for a smaller die size and lower power consumption, making it a perfect fit for NVIDIA’s mainstream desktop products. Even so, we have to admit that until a month ago we weren’t quite sure whether there would even be a GK106 since NVIDIA has covered so much of their typical product lineup with GK104 and GK107, leaving open the possibility of using those GPUs to also cover the rest. So the arrival of GK106 comes as a pleasant surprise amidst what for the last 6 months has been a very small GPU family.

GK106’s launch vehicle will be the GeForce GTX 660, the central member of NVIDIA’s mainstream video card lineup. GTX 660 is designed to come in between GTX 660 Ti and GTX 650 (also launching today), bringing Kepler and its improved performance down to the same $230 price range that the GTX 460 launched at nearly two years ago. NVIDIA has had a tremendous amount of success with the GTX 560 and GTX 460 families, so they’re looking to maintain this momentum with the GTX 660.

Diving right into the guts of things, the GeForce GTX 660 will be utilizing a fully enabled GK106 GPU. A fully enabled GK106 in turn is composed of 5 SMXes – arranged in an asymmetric 3 GPC configuration – along with 24 ROPs, 3 64bit memory controllers, and 384KB of L2 cache. Design-wise this basically splits the difference between the 8 SMX + 32 ROP GK104 and the 2 SMX + 16 ROP GK107. This also means that GTX 660 ends up looking a great deal like a GTX 660 Ti with fewer SMXes.

Meanwhile the reduction in functional units has had the expected impact on die size and transistor count, with GK106 packing 2.54B transistors into 214mm2. This also means that GK106 is only 2mm2 larger than AMD’s Pitcairn GPU, which sets up a very obvious product showdown. 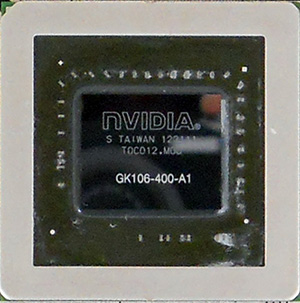 In breaking down GK106, it’s interesting to note that this is the first time since 2008’s G9x family of GPUs that NVIDIA’s consumer GPU has had this level of consistency. The 200 series was split between 3 different architectures (G9x, GT200, and GT21x), and the 400/500 series was split between Big Fermi (GF1x0) and Little Fermi (GF1x4/1x6/1x8). The 600 series on the other hand is architecturally consistent from top to bottom in all respects, which is why NVIDIA’s split of the GTX 660 series between GK104 and GK106 makes no practical difference. As a result GK104, GK106, and GK107 all offer the same Kepler family features – such as the NVENC hardware H.264 encoder, VP5 video decoder, FastHDMI support, TXAA anti-aliasing, and PCIe 3.0 connectivity – with only the number of functional units differing. 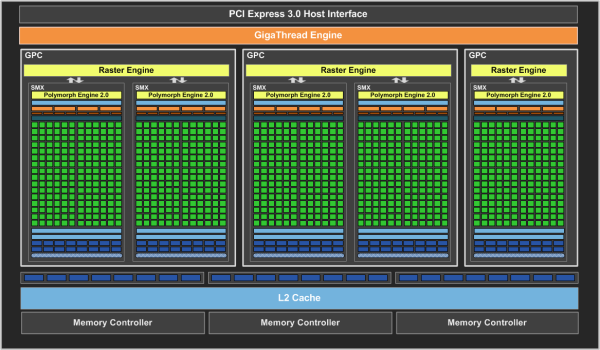 As GK106’s launch vehicle, GTX 660 will be the highest performing implementation of GK106 that we expect to see. NVIDIA is setting the reference clocks for the GTX 660 at 980MHz for the core and 6GHz for the memory, the second to only the GTX 680 in core clockspeed and still the same common 6GHz memory clockspeed we’ve seen across all of NVIDIA’s GDDR5 desktop Kepler parts this far. Compared to GTX 660 Ti this means that on paper GTX 660 has around 76% of the shading and texturing performance of the GTX 660 Ti, 80% of the rasterization performance, 100% of the memory bandwidth, and a full 107% of the ROP performance. 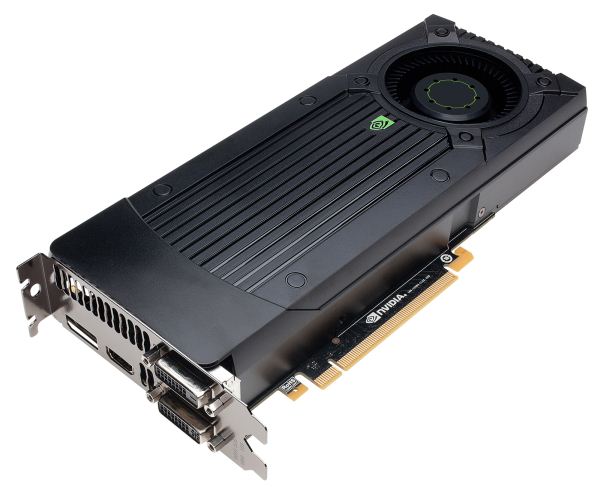 Moving on, for today’s launch NVIDIA is once again going all virtual, with partners being left to their own designs. However given that this is the first GK106 part and that partners have had relatively little time with the GPU, in practice partners are using NVIDIA’s PCB designs with their own coolers – many of which have been lifted from their GTX 660 Ti designs – meaning that all of the cards being launched today are merely semi-custom as opposed to some fully custom designs like we saw with the GTX 660 Ti. This means that though there’s going to be a wide range designs with respect to cooling, all of today’s launch cards will be extremely consistent with regard to clockspeeds and power delivery.

Like the GTX 660 Ti launch, partners have the option of going with either 2GB or 3GB of RAM, with the former once more taking advantage of NVIDIA’s asymmetrical memory controller functionality. For partners that do offer cards in both memory capacities we’re expecting most partners to charge $30-$40 more for the extra 1GB of RAM.

NVIDIA has set the MSRP on the GTX 660 at $229, which NVIDIA’s partners will be adhering to almost to a fault. Of the 3 cards we’re looking at in our upcoming companion GTX 660 launch roundup article, every last card is going for $229 despite the fact that every last card is also factory overclocked. Because NVIDIA does not provide an exhaustive list of cards and prices it’s not possible to say for sure just what the retail market will look like ahead of time, but at this point it looks like most $229 cards will be shipping with some kind of factory overclock. This is very similar to how the GTX 560 launch played out, though if it parallels the GTX 560 launch close enough then reference-clocked cards will still be plentiful in time.

At $229 the GTX 660 is going to be coming in just under AMD’s Radeon HD 7870. AMD’s official MSRP on the 7870 is $249, but at this point in time the 7870 is commonly available for $10 cheaper at $239 after rebate. Meanwhile the 2GB 7850 will be boxing in the GTX 660 in from the other side, with the 7850 regularly found at $199. Like we saw with the GTX 660 Ti launch, these prices are no mistake by AMD, with AMD once again having preemptively cut prices so that NVIDIA doesn’t undercut them at launch. It’s also worth noting that NVIDIA will not be extending their Borderlands 2 promotion to the GTX 660, so this is $229 without any bundled games, whereas AMD’s Sleeping Dogs promotion is still active for the 7870.

Finally, along with the GTX 660 the GK107-based GTX 650 is also launching today at $109. For the full details of that launch please see our GTX 650 companion article. Supplies of both cards are expected to be plentiful.