Alongside today’s launch of the GK106-based GeForce GTX 660, NVIDIA is also launching one other card: the GeForce GTX 650. In a nutshell, the GTX 650 is the long-awaited GDDR5 version of the GeForce GT 640, sporting higher clockspeeds and far more memory bandwidth than its DDR3-crippled predecessor.

The fact that NVIDIA launched a performance-uncompetitive part in the GT 640 back in June was unfortunate, but not unexpected given the fact that NVIDIA was facing an even more serious supply shortage than they are now. By our reckoning NVIDIA didn’t want to introduce a desktop GK107 part that would be in high demand when they needed those GK107 GPUs for their more profitable mobile lineup, hence the need to hold off on a GDDR5 GK107 desktop card until now.

But as the saying goes, it’s better late than never. The GTX 650 should handily outperform the GT 640 in virtually all scenarios, and based on what we’ve seen with past DDR3/GDDR5 cards we wouldn’t be surprised to see gaming performance at least double. Furthermore the GTX 650 is clocked some 158MHz (18%) higher than GT 640, which will only increase those performance gains. 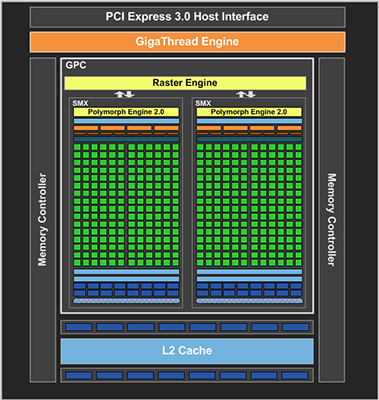 Speaking of performance, one thing that caught our eye was that NVIDIA has set the TDP of the GTX 650 at 64W, 1 watt lower than the TDP of the GT 640. Typically we see GDDR5 cards sport a higher TDP thanks to the memory’s higher power consumption, and this would be further driven up by the fact that the GTX 650 is clocked higher than the GT 640. Given the fuzzy nature of NVIDIA’s TDP ratings it’s almost certain that the GTX 650 will draw more power than the GT 640, but it may end up being a very small difference if these TDP values are anywhere near accurate. 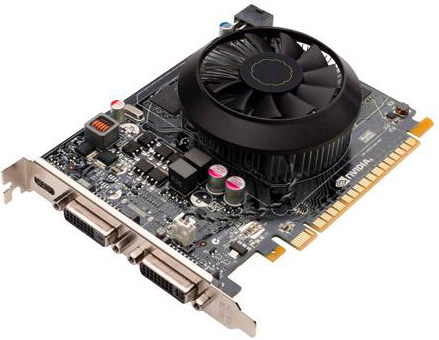 With that said, NVIDIA is equipping the GTX 650 with a 6pin PCIe power connector – strictly speaking it shouldn’t be necessary for stock operation, but since this is a GTX card NVIDIA has professed a concern over power consumption when overclocking. Of course with the already high core clock of the GTX 650 it remains to be seen just how far GTX 650 can be overclocked. At the very least the lack of a boost clock means that overclocking will be a much more straightforward endeavor.

Of course the $64,000 question right now is whether all of this will be enough to make GTX 650 competitive with AMD’s Radeon HD 7770 and 7750, and unfortunately that’s an answer we’re going to have to wait to get. Although both the GTX 650 and GTX 660 are launching today, NVIDIA didn’t want to have the GTX 650 steal the GTX 660’s time in the limelight, so the press was not sampled ahead of time. We’ll be looking at the GTX 650 in the coming week, at which point we should have an answer to that question.