Unlike current ARM or Atom based tablets, Microsoft's Surface Pro integrates a full blown mSATA SSD. My review sample included a 128GB Micron C400, while I've seen reports of users getting Samsung PM830 (OEM SSD 830) based drives. Both of these drive options are great so long as you remember to keep a good amount of space on the drive free (15 - 25% free space is a good rule of thumb). Unfortunately, Microsoft only offers two capacities (64GB and 128GB) despite there being much larger mSATA SSDs available on the market. To make matters worse, supplies have been tight of the 128GB Surface Pro, with 64GB models a little easier to come by.

A few adventurous Surface Pro owners have decided to try to swap out their 64GB mSATA SSDs with larger models. One of our readers (Tim K.) managed to successfully transplant a 240GB Intel SSD 525 in his Surface Pro. The trick is to make sure you clone the original GPT formatted mSATA SSD properly. For this, Tim used Reflect to clone the drive and MiniTool Partition Wizard to expand the data partition to the full capacity of the new SSD. 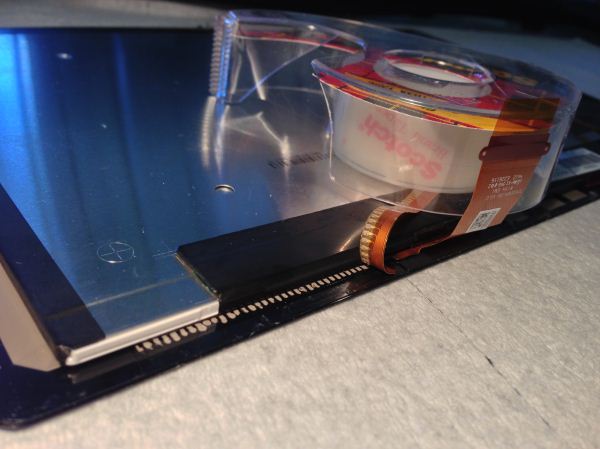 While he had no issues getting the drive working, his Surface Pro did sustain damage during the upgrade process. As we learned from iFixit's teardown of the tablet, there's a ton of adhesive everywhere and melting/breaking it is the only way to get inside Surface Pro. Unfortunately the cable that drives the touchscreen was pulled up when Tim separated the display from the VaporMg chassis. The tablet works as does the pen, but the display no longer functions as a capacitive touchscreen.

Tim tried to use a conductive pen to restore contact between the cable and the contacts on the back of the display but so far hasn't had any luck (if any MS engineers who worked on Surface Pro are reading this and have any suggestions feel free to comment here or email me). The process of disassembling the Surface Pro isn't easy. It took Tim roughly an hour and a half to get inside. With the knowledge that he now has, Tim believes that he'd be able to get in without damaging the unit but he cautions against anyone else looking to get into Surface Pro. I didn't want to risk tearing apart my Surface Pro review sample, so I'm grateful to Tim for going the distance to prove it works. He's also awesome enough to share photos of the aftermath with us and post a thread in the forums to help other folks brave enough to try this.

John566 over at the tabletpcreview forums managed to get into his Surface Pro safely (it looks like he didn't attempt a complete disassembly, but rather left the cable side of the display in place and just lifted up the other side). He was having issues getting the new SSD (a 256GB Micron C400) recognized however.